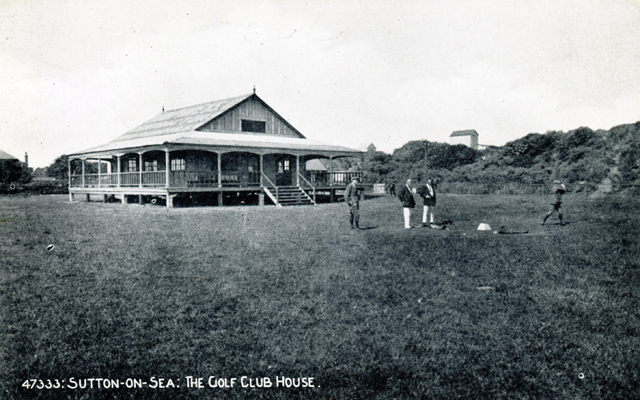 Words by:
Alan Middleton Featured in:
May 2014
Share Article

The Lincolnshire seaside, stretching more than fifty miles from the Humber to the Wash, evokes very fond memories for many of us.
Before the days of holidays in Spain, a week on the Lincolnshire coast was all our parents could afford, but we loved it nonetheless.

The present coastline dates back to the Ice Age and its history is long and varied. In prehistoric times the Lincolnshire coast was an important centre for the production of salt. At its peak in the 1950s Grimsby was the biggest fishing port in the world. At low tide the remains of a submerged forest can still be seen at Trusthorpe and Sutton, but it is the miles of golden sand, washed twice daily by the sea, for which our coast is best known today.

The subtle beauty and abundant wildlife of the sand dunes and saltmarshes make it attractive for a different type of visitor to enjoy, and they do. In the eighteenth century and the first half of the nineteenth century, huge increases in the customs duty on tea, spirits, tobacco and silk led to smuggling on a major scale. The whole coast was alive with it and tobacco was king.

In earlier times a prohibition on the export of wool led to reverse smuggling from Grainthorpe, Saltfleet and Goxhill Haven in the Humber estuary. Over the years, our smooth beaches have played host to car, motorcycle, horse and pony racing. But it was the railways which brought about perhaps the greatest change, turning tiny fishing villages into major holiday resorts, with day-trippers and people staying for a week or more. And the experience was not confined to Lincolnshire people, or to the industrial towns of the East Midlands or South Yorkshire.

In 1906 the Great Northern Railway introduced a three shilling (15p) day return fare from King’s Cross to Mablethorpe and 92,000 people are said to have taken advantage of this during the year, including 5,400 on August Bank Holiday Monday alone. In 1908 Huttoft Town Planning Syndicate Ltd published, from their London offices, what was described at the time as an ‘excessively effusive and profusely illustrated prospectus’ of a planned 1,135 acre project to create a Garden Village by the sea called Woldsea.

The scheme envisaged a two-mile seafront from Anderby Creek to Sutton golf course, centred on Huttoft bank, and the ‘picturesque’ sandhills were to be planted with trees and shrubs. The Great Northern Railway passed within a mile and, it was claimed, ‘all roads led to Woldsea’ and would enter the estate through a facsimile medieval gateway.

There was to be a tastefully designed, high class hotel fitted out to the highest standards. A villa would cost £2,000, houses £1,500 a pair and a small bungalow £150. There would be no jerry built lodging houses. It was to be a development which would appeal to the better middle class, ‘a watering hole on superior lines.’ Over the next few years the titled, well-to-do and about-to-retire colonials came to Lincolnshire to inspect the site and went away again. Nothing happened. Later on the motor car opened up opportunities for the sandhills to be exploited in a most unsatisfactory way. Shacks, sheds, old bus bodies and even railway carriages appeared wherever a track gave access to the sandhills and the beach.

Lindsey County Council was appalled and began an investigation into the whole question of sandhills ownership. The result was the promotion of a parliamentary bill which led to the Sandhills Act of 1932 and proper Local Authority control over what must now be regarded as a great Lincolnshire asset.