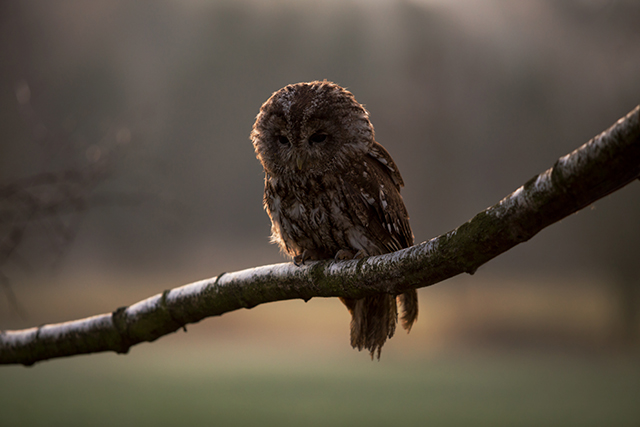 As the clay shooting project at Brandon Wood starts to come to fruition, I find myself spending more and more days working outdoors in the fresh air.

The work is varied and sometimes physically demanding but is more than compensated for by the fact of being out and about in the woods – I get to take in all the sights and sounds and smells that have been denied me for so many years.

Yes of course in a lifetime of shooting I have seen and heard much of what goes on in the countryside by way of passing birds and animals, but always in the context of a shoot day. Maybe a startled deer or hare would frequently dart through the line of guns as we wait for the first game birds to come through. Perhaps, on a quiet woodland corner, I might see a sly fox silently making his exit mostly unseen by the other guns or beaters. I have seen these scenarios many times over many years but now I am experiencing a new and fascinating aspect, as I am now working in amongst the flora and fauna that have enriched my life for so long.

This is nothing new to so many foresters and gamekeepers, as well as so many others that actively live and work in the countryside, but for me it is a new and enriching stage in my life. On a daily basis I meet a variety of creatures both common and not so common. In recent weeks I watched a greylag goose sit tightly incubating six eggs as I walked and worked only feet away, before seeing them hatch and head off to a pond not far away; a robin sitting on four eggs in her nest built in a plastic tray in an open shed; as well as any number of woodpigeons nesting all around in the low trees and bushes.

It never ceases to amaze me how fearless birds and animals are if you are quiet and move slowly. I was recently able to get up close and personal with a young tawny owl sitting on a branch about ten feet above me; a ball of fluff and as yet unable to fly, they frequently leave the nest and perch nearby until they gain enough feathers and confidence to fly.

On the ground I spotted a grass snake close by a pond. About two feet long he headed for the water before disappearing in the reeds. The grass snake is harmless, though it can give you a nip if you try to pick it up. There is another creature called a slow worm that is sometimes mistaken for a snake; usually about a foot long they are neither a snake or a worm but in fact a legless lizard. They have eyes that can blink and are generally brown in colour – again they are totally harmless.

Found over most of Britain they use a range of habitats requiring dense foliage to hide in and sunny spots to warm up in. They are rarely seen being very secretive, preferring to hide under matted grass, wood or stones so that predators cannot see them. I must confess I have not seen one since my childhood but I am ever hopeful that I might come across one in what is the ideal habitat.

Well, the show season is under way and the Game Fair will be held at Hatfield House in Hertfordshire on 28th–30th July. This fair is returning a bit more to the traditions of the countryside and is not so much of a gigantic outdoor market. I for one am pleased with the new look and look forward to attending this year.