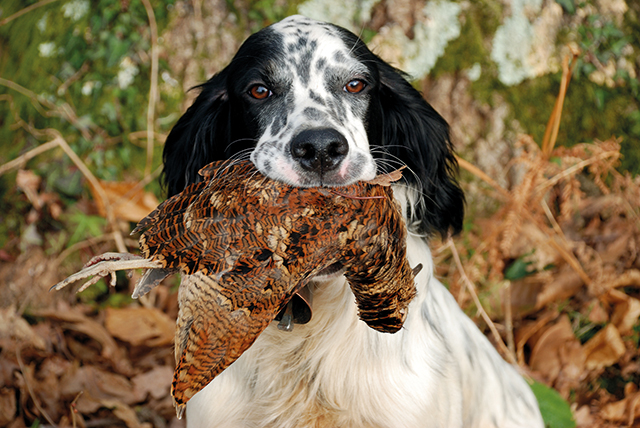 Last month, for the first time in living memory, MPs in parliament debated the subject of driven grouse shooting. This was triggered by an electronic petition with over 100,000 signatures, which called for a ban on the sport.
The instigator of this petition was BBC wildlife presenter Chris Packham who in his wisdom had decreed that driven grouse shooting was bad for the moors and detrimental to pretty well all the flora and fauna that inhabited it, despite masses of peer reviewed evidence to the contrary. Thankfully all the MPs that attended the debate sided with the evidence rather than the hysteria and driven grouse shooting will continue.

The BBC were heavily criticised as their charter states very clearly that their presenters must not use their celebrity status to pursue personal causes. They responded by stating that Chris Packham is only occasionally seen on the BBC and is not an employee of the corporation.

With December upon us the game shooting season is in full swing, and so far it is coming up trumps with great sport being had and lots of free range organic wild game arriving on the table. So many organisations and restaurants, as well as a host of TV cookery shows, are really highlighting the health benefits and taste of British game in the form of pheasants, partridges, ducks, rabbits etc. This is in part due to huge initiatives taken by most of our shooting organisations to promote the product and to emphasise that taking an annual harvest of wild game is not only sustainable but is hugely beneficial to the local and national economies. And despite a lot of game being shot each season, absolutely nothing is wasted.

I have been enjoying a number of driven days already this season, with more still in the diary to come. As some of you may recall from earlier articles, I have become a bit of a devotee of the 410 and have already enjoyed a number of shoot days with other like-minded fans. Using this small but lethal calibre has brought a whole new level of enjoyment to my shooting, despite the comments of one or two sceptics who still tend to see it as a child’s gun and not a serious bag filler. I am enjoying the challenge of proving them wrong at every opportunity.

I have also been in fairly constant demand as a loader on various estates, mainly helping visiting guns from abroad. It is often thought that loaders are only used on the bigger days, where large numbers of birds might be shot, but all too frequently it is to act as mentor and guide to ensure that those who are still gaining experience in this wonderful sport do so in a safe and structured environment. Shooting for sport, whether clays or game, has never been more popular, with more and more people wanting to get in on the action so to speak.

The festive season is just a few weeks away and many shoots will be hosting a day for family and maybe a few friends to celebrate the festive season. These might be a grand formal affair or just a mooch round the hedgerows with a couple of bustling spaniels hoping to put a brace in the bag. Whatever the day, it will be greatly anticipated and hugely enjoyed by all concerned.

December and the run-up to Christmas is really the cream of the shooting season. By now all the birds are strong on the wing and getting wise to the train of events on a shoot day. French partridges are not very bright and will generally go in the direction you push them but a wily old cock pheasant will be looking to make his escape in any way he can, either by stealth or the power of flight. Going as fast or as high as he can, he makes a formidable challenge to the guest standing on his peg.

With the shoot day ended and as you prepare to set off home, the last task is generally to thank the keeper and pick up your complimentary brace of birds. This is also your opportunity to thank him for his hard work throughout the year and his efforts on the day. This is normally in the form of a bit of the folding stuff; how much is up to you, but if you have enjoyed your day be generous, as keepers are not always well paid and will appreciate your gift, especially so at Christmas.