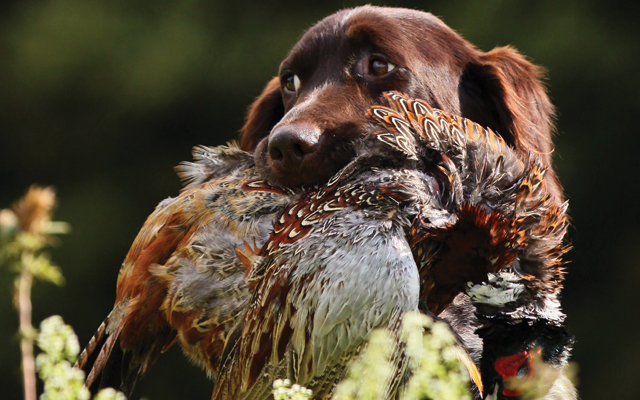 The Gunroom provides the best platform for all shooting pursuits – Send us your news on editorial@lincolnshirelife.co.uk
CLA GAME FAIR TO HOST LADY SHOT OF THE YEAR FINAL
The final of the Lady Shot of the Year competition will take place on the Saturday of this year’s CLA Game Fair, to be held at Harewood House in Yorkshire from Friday 31st July until Sunday 2nd August.

Organised and run by the Shotgun & Chelsea Bun Club – the inclusive ladies shooting club set up in 2012 to encourage more women to take up shooting – the Lady Shot of the Year final will be the culmination of a range of qualifying heats taking place on Saturday 27th June which have attracted a wide range of entries of all shooting skill levels from around the country.

The top three scorers in beginners, intermediate and advanced categories in the qualifying heats will be invited to shoot in the final of the competition, a thirty-bird sporting layout over a range of stands. The winner will receive a Shotgun & Chelsea Bun Club tweed blazer and other prizes are being donated by Fur, Feather and Fin, the Sussex based country and shooting clothing and gift store.

The Lady Shot of the Year competition will also be raising funds for Victoria’s Promise, a charity set up in memory of Victoria Van Der Westhuizen who lost her battle with cancer in 2014. Victoria’s Promise provides support to women aged 18–40 who have received a cancer diagnosis and works closely and in depth with each woman it supports to ensure their needs are met.

Victoria Knowles-Lacks, founder of the Shotgun and Chelsea Bun Club, commented: “I am delighted that the final of the Lady Shot of the Year competition is taking place at the CLA Game Fair and that we will also be raising money for Victoria’s Promise, which is an extremely worthwhile charity. The final is likely to be hard fought but, as with all of our events, immensely good fun and I can’t wait to see it unfold!”

FROM WHERE I’M STANDING
July is a mid-point in our shooting year. Last season is already a distant memory, while the approaching one is just starting to gather momentum.

Behind the scenes the commercial and syndicate shoots are a hive of activity. For the last two or three months the gamekeepers and others have been hard at work getting ready for the new intake of young pheasants and partridges. Some shoots will have reared their own, starting with hatching their own eggs and rearing from day-old to release, but most shoots will be buying their birds from a reliable game farm, coming in as either day-olds or as poults of about seven weeks old. But before they arrive much work has to be done in order that they have a safe and secure environment that will give them the best chance of survival and to reach maturity.

Rearing sheds will have been cleaned and disinfected, as will all feeders and drinkers. In the woods release pens will have been constructed or repaired, often having suffered winter damage by deer or fallen trees and branches. Building a pen from scratch is quite an undertaking in terms of cost and effort. We sometimes tend to forget the sheer amount of work involved. Talking to a local gamekeeper recently, he informed me that he had put in 800 posts and put up 2,000 metres of wire netting during the construction of four pens. Added to this will be access gates and a low level electric fence around the entire perimeter to keep Charlie fox away until the birds can roost off the ground and generally fend for themselves.

Within the pen, the young birds will be supplied with both feed and water and visited daily for some weeks until the keeper is happy that they are all well and are able to come and go as they please. By now the keeper will be feeding them outside the pen; this is done to draw them to both other woods and to cover crops that have been planted to provide shelter in other areas. These will become the drives that will put the pheasants and partridges over the guns as the shooting season unfolds.

The releasing of partridges is done a little differently, in as much as the pens are portable and are only used briefly to acclimatize the young birds before being removed. Partridge poults are released directly into the cover crops where feeders and drinkers will have been placed to encourage them to settle down and not wander off.

For the game shooter, July can be a bit of a quiet month in terms of an opportunity to get out with the gun, but for the avid clay shooting enthusiast it is when his sport is at its most enjoyable. There are regular competitions and club shoots every weekend and practice days in the week. For some game shooters the idea of shooting something that cannot be eaten or made use of is considered a waste of cartridges. Most, however, will see clay shooting as a natural accessory to shooting in general.

Some say that a bird is always accelerating, whereas a clay is always slowing down. To a certain extent this is true but clay shooting practices safe handling, correct gun mount and the opportunity to perfect your swing and technique. All are vital elements if you are to perform well on game – particularly if you have had a bit of a lay off in the summer and your skill seems to have deserted you on that all-important first day.

If clays really do not inspire you there is always the humble woodpigeon. By now cereal crops will be ripening and the birds will be focusing on any areas that have been laid by a storm or heavy rain. Also, anytime soon we can expect to see both rape and barley being harvested. This will give us the chance to get out with decoys on the first stubbles, where pigeons will take full advantage of any spilled grain. It is without doubt the best time for the armchair shooter to get out and fire some shots; the weather is warm, the days are long and access is easy.

Well, it’s Game Fair time again at the end of the month and as usual both my wife and I will be heading up to Harewood House near Leeds to meet old friends and probably make some new ones. This annual festival of the countryside just gets bigger and better every year, with attendance approaching 150,000 over the three days. There is something for everyone, so much to see and do and of course we will make the odd purchase or two. If you have never been it is the greatest event of its kind in the world. Don’t miss it.

RARE OLD GUNS
The sale in Hammersmith contains two guns by Watson Bros. The firm was started in 1875 when the two Watson boys took over from their father Thomas, son in law of William Trantor, that very famous pistol maker.

They soon established a reputation for small bore shotguns for ladies and boys and many are still in circulation. One of the employees, Ebenezer Hands, a gun stocker, worked there until he was ninety-one, still working at his bench in the 1960s. His recognisable trademark was to leave a small teardrop on the comb of the stock.

Watsons were taken over by Grant and Lang but essentially like so many makers languished until the late ’80s when taken over again, and now make high end sidelocks.

Lot 1465: 12 Bore Sidelock Ejector made in 1930 engraved Watson Bros. The action, lockplates and fences are engraved in relief with bold scrolling acanthus on a matted background. This work was carried out by the legendary Harry Kell, who freelanced for the great makers. Ebenezer Hands stocked the gun and of course left his teardrop on the comb, est £5,000–£7,000.

Lot 1405: is a fine and virtually unused 12 Bore Sidelock Ejector by a maker now defunct and actually sold up by Holts. John Wilkes of 79 Beak Street, London. He was previously manager of J D Dougall, before branching out on his own.

This gun probably engraved by Don Simmons is at the pinnacle of English engraving with gold inlaid climbing rose motifs, gold washed internals and barrels and fences, also gold inlaid in high relief. The gun was completed in 1983 and is estimated at £20,000–£25,000.