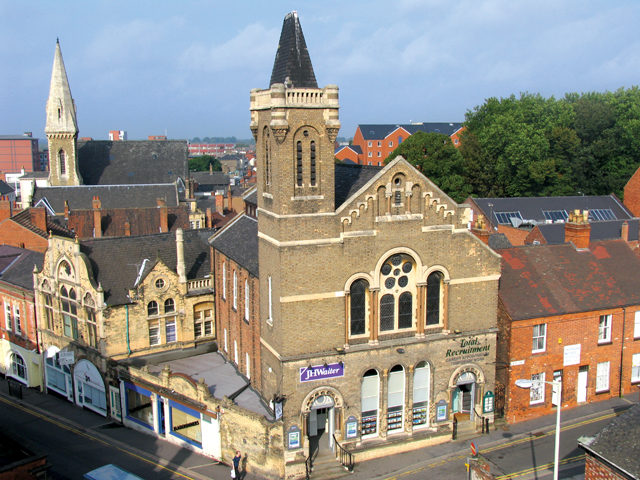 A family firm for seven generations

Lincolnshire property agents, auctioneers and valuers JHWalter LLP is celebrating its 225th anniversary this year.
The professional practice, which has offices at 1 Mint Lane, Lincoln, has remained in the same family for seven generations. Despite changes to the profession – which have seen JHWalter expand into business, planning and energy – it remains fiercely proud of its roots in agriculture and property.

Ian Walter, senior partner and Chartered Surveyor, who has led the firm for the last twenty years, said: “JHWalter can trace its foundations back to 1790, the year after the French Revolution. The Enclosure Acts and Agricultural Revolution were the drivers for a profession of the land to develop. The name of Walter has been synonymous with the sale of land and property in Lincolnshire since then.

“We have had a presence in the City of Lincoln for the best part of 200 years and have witnessed and advised on many of the significant developments which have transformed the city and county.

“Seven generations have served the community in unbroken succession and today the professional practice is much more than just a family firm.

“Today JHWalter buys, sells and values all types of property throughout the region. Indeed we advise on most of the activities associated with the ownership and occupation of land and property, including development and renewable energy.”

And yet the business had humble beginnings. It started when Richard Walter, a tenant farmer who lived at Thimbleby, near Horncastle, with his wife Anne and their three children Richard, John and Joseph in the 1700s, began supplementing his income with other skills including thatching, assessing agricultural values and tenant rights. Family lore states he would often be found consulting with a neighbouring farmer in the front room of his cottage and by 1790 he had set himself up in the business of land assessment part-time.

Although Richard died tragically after falling and breaking his neck whilst thatching a roof, one of his sons, Joseph, inherited his father’s skills as a valuer and also became an auctioneer. Later he practised with his son John, trading under the name Walter and Son from the nearby village of Edlington, two miles north of Horncastle. From then to the present day there have been fourteen name changes to the business, always with the name Walter to the fore.

The property agency of JHWalter specialises in marketing and selling individual and unique land and property across the East Midlands. It celebrates its 10th anniversary this year and achieved its best ever sales year in 2014.

The latest addition to the property agency is JHWhome, a mainstream estate agency brand which was established just over a year ago to market and sell property to the complete price spectrum covered by the firm.

Whilst most will know JHWalter as a land and property agent, the company is also well established in the areas of business, planning and energy. Its team of experienced business consultants offer advice on aspects such as completing successful grant applications, business development, analysis of business start-ups and product developments.

JHWalter Planning takes clients through the whole planning process from pre-planning application advice to design and architectural services. In 2014, the team achieved a 100 per cent planning success rate. In fact, JHWalter were successful in obtaining planning permission for two separate high-profile developments in West Lindsey – one for the erection of a second wind turbine at Newton on Trent and another for a sixty-three dwelling residential development on the edge of the village of Welton.

Mr Walter said: “Although the firm remains loyally committed to its roots in agriculture, the spectrum of our professional practice of Chartered Surveyors, Chartered Auctioneers & Valuers, Chartered Town Planners and Chartered Environmentalists is very wide.

“Despite, or perhaps because of, the growing sophistication of the technology that is available to our society, the challenges do not lessen, but the expectations of the markets we serve grow. Younger generations embrace this challenge more easily.

“We have invested heavily in both technology and youth, strengthening our position to remain well placed to be of service to clients and our community for many years to come.”