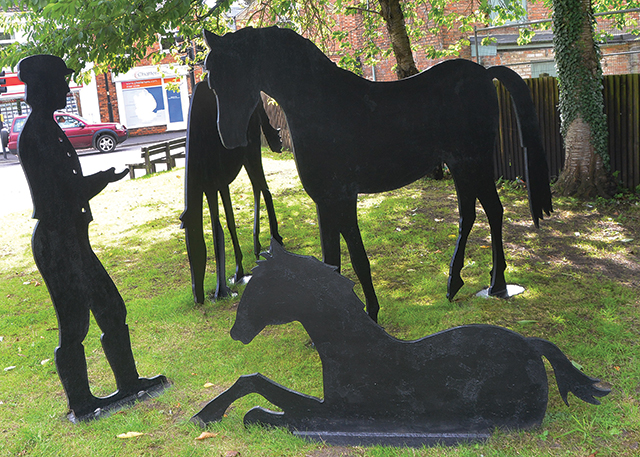 Horncastle boasts an eclectic mix of independent and artisan shops, including generations-old businesses which offer something refreshingly different for shoppers who want a change from multi-national dominated High Streets.
And when it is time to take a break from retail therapy, the town also offers a choice of places to relax for refreshment, from tea rooms to traditional cosy pubs.

In particular, this market town has established a reputation for being a ‘go-to’ destination for antique lovers and collectors of all manner of curios and it is easy to see why its quintessential ambience attracts visitors from far and wide.

With such a large choice of stores, enthusiasts can derive lots of pleasure from trying to track down special items to complete a much-loved collection or an item of furniture, including pieces which they might decide to reupholster.

Bibliophiles will also love browsing the town’s antique bookshops, perhaps hoping to spot a much sought-after first edition or title which has long been out of print.

But it’s not all about the past! With its wide range of shops and services, the town is well-placed to provide locals and families living in a wide catchment area with everyday essentials, from local meat and vegetables to footwear and country clothing.

It’s also the perfect stopping-off place for holidaymakers who are ready to take a break from travelling and stretch their legs before continuing their journeys to the Lincolnshire coast.

Horncastle’s retail community includes newer and long-established businesses, sitting side by side with pubs, restaurants and tea rooms.

Independent and niche businesses know that it it is crucial to keep evolving and many have been careful to diversify, which has helped some to chalk up well over a century of trading.

In the process, businesses, such as Achurch & Sons in the town’s Market Place and J T Friskney Ltd have become recognised countywide and further afield.

J T Friskney in West Street is a first port of call for agricultural and horticultural equipment, and a main dealer for well-respected brands. The company also sells workwear and offers tool hire.

Keith Gosling is one of the partners at Achurch & Sons. He said: “When Achurch first opened it traded purely as an ironmongers, but we have had to change with the times to survive. A traditional ironmonger would struggle to make a living now.

“Over the intervening years we have diversified and added cookware, garden equipment, painting and decorating materials and other complementary items to our store to sustain business growth.”

Today, no member of the Achurch family remains involved in the firm. Keith and his business partner, David Spratt took over the company thirty-one years ago, this October.

Both had originally worked for the company and knew the business inside out. However, they have now decided it is time to retire and the business has been put up for sale.

“Achurch’s is known for quality. It has an excellent reputation and we are hopeful that a buyer will be found to carry the business on,” said Keith.

Horncastle is also famous for another multi-faceted business family – Myers.

For four generations, Myers has been a name synonymous with the town. The family currently owns Myers Quality Bakers in The Bull Ring, Myers’ Café and Tea Room and the neighbouring Deli.

The bakery is a magnet for shoppers looking for artisan breads, morning goods, fresh cream products, savouries and sandwiches.

Varieties of breads include wholemeal, Norfolk crunch, combicorn, milkbread and ciabatta, along with darker breads with an extra bite. Many are made using traditional baking techniques passed down the generations.

The Café was the winner of the 2013 Best Tea Room or Coffee Shop in the Taste of Excellence Awards and Myers places a strong emphasis on serving traditional homemade food using local produce.

Shoppers and visitors to the town can pop in for breakfast, morning coffee, light lunches and afternoon teas, and enjoy relaxing in new comfortable seating, perhaps browsing the morning paper or magazine over a cappuccino or mocha.

Marie Myers said: “We attract customers from both the town and surrounding areas. Being on the coastal route, in the holiday season we find lots of travellers stopping-off for refreshments.”

Myers also owns The Country Stile, a giftware and home accessories store, incorporating an art gallery. It is found in the town’s High Street.

In December, Myers will be taking an active part in Horncastle’s Victorian Christmas Market which takes place on Sunday 10th December from 11am to 4pm.

The High Street will be closed and lined with Christmas-themed stalls, artisan producers and other food manufacturers. People will also be able to enjoy street entertainment and youngsters will find Santa Claus waiting in his grotto.

“The Christmas Market has been quite successful over the years and we will have stands outside the shops selling hot dogs and seasonal food alongside Christmas hampers,” said Marie.

Horncastle is also home to a thriving ‘cottage industry’ called Little Doves, which specialises in creating bespoke christening wear as well as providing a repair service for antique christening gowns.

With its position on the edge of the beautiful Wolds, Horncastle really does have more to offer than many people realise – now is the time to take a closer look.

MARKET SHOPPING
Horncastle received its market charter in the fourteenth century and was once well known for its great August Horse Fair, which attracted people from miles around.

This internationally recognised highspot in the town’s calendar lasted right through until the early twentieth century.

SIR JOSEPH BANKS CENTRE
Many visitors to Horncastle make sure they make time to call in at the Sir Joseph Banks Centre while they are in town.

Housed in a distinctive Georgian building in Bridge Street, it is the ideal place to learn more about the famous 18th century botanist and explorer, who was the son of William Banks of nearby Revesby Abbey and who travelled on HMS Endeavour with Captain James Cook.

The centre features a shop, selling a fantastic range of gifts, including locally-made crafts and books about Banks and the premises also include a secret tribute garden, which includes plants associated with Sir Joseph.

It is also possible to join The Joseph Banks Society, which will be hosting its annual dinner at Kenwick Golf Club in Kenwick Park on 14th October.

FIND THE PERFECT PITCH
Ashby Park, West Ashby, near Horncastle is a holiday home and touring park set in the Lincolnshire Wolds with fishing lakes and conservation areas with thousands of trees. The area has been developed and landscaped over more than thirty-five years by Margaret and Robin Francis bringing more than 35,000 visitors to the area every year.

The park has 135 touring pitches, grass, hardstanding and super pitch. All the pitches benefit from electric hook-up. They have a dedicated, flat, level camping field situated close to one of the toilet blocks which benefits from an indoor washing up area.

They also have 135 holiday home pitches, divided into six distinct areas. Some overlooking the large lakes and ponds, some away from water hazards. All their holiday homes are privately owned and benefit from private patios and garden areas.

The park has several awards; David Bellamy has awarded a Gold award for the past seventeen years, and it has received a 4 star rating from the Tourist Board for several years.

THE OLD STABLES
Take a break from visiting the antique shops and relax in style at The Old Stables coffee shop. Tucked away under the Farmers’ Club archway, locals and visitors alike can enjoy an excellent cup of coffee and a homemade cake, or something a bit more substantial. A full breakfast, brunch and lunch menu is available.

“Our Lincolnshire and Farmer’s platters are very popular, mainly due to the superb meats that we source from award-winning Simpsons of Sleaford,” explains co-owner Kate Giffen.

Special events can also be catered for by booking in for one of The Old Stables’ glorious High Teas. Be sure to pay them a visit soon. 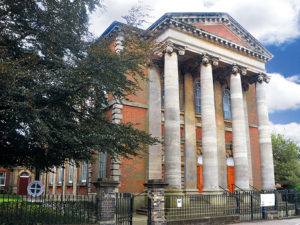 Looking to brighten the season