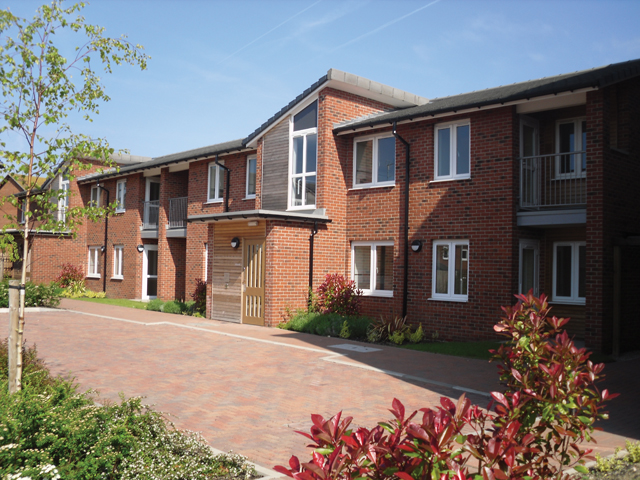 LACE Housing is spreading its wings

2015 is turning out to be another very busy year for LACE Housing – leaving staff little time to continue basking in the afterglow of its amazing 50th Anniversary year!
With new projects on the drawing board and a firm belief in building on its partnership approach to providing a great range of housing and complementary services to its residents and service users, there is plenty going on.

A rising ageing population, today’s trend towards encouraging older people to live independent lives for as long as possible, the growing demand for homes to suit the over-55s and the value placed on support services, are driving LACE Housing’s success.
Chief executive officer, Nick Chambers said: “We are building on our successful housing developments – of which Jubilee Court in Lincoln is a prime example – and working with a range of local councils on new schemes, which should result in nearly 120 new homes in the short-term.”

LACE Housing’s properties can be bought (on a leasehold basis) or rented within its retirement housing complexes or developments which offer homes with extra care on hand, so there is plenty of choice.

“We are currently on site in Grantham, where we are building thirty new retirement homes. Progress has also been made on a development in Saxilby and we are working with local authorities and builders on new projects in Welton, Louth, Skegness and Washingborough, as well as an extra care complex in Spalding,” said Mr Chambers.

“We are also exploring options to take LACE Housing’s brand ‘over the border’ into places such as Oakham in Rutland.”

Today, everyone wants to see older people enjoying the ability to live independently for as long as possible and LACE Housing has lots of superb solutions to enable them to do just that.

Apart from its retirement housing and housing with extra care schemes, LACE Housing has a wealth of advice and information for its leaseholders and renting tenants, and it puts its expertise to work in ‘external’ partnership projects.

“The Wellbeing and Homesafe Service which we offer, as a member of the Lincs Independent Living Partnership, is a growing example of this and is something which we are very proud of.”

The Partnership provides a range of services on behalf of Lincolnshire County Council – all aimed at helping people to enjoy independent living for longer.

“Our role is to provide enhanced support for people in need of transport following a stay in hospital,” said Mr Chambers.

The team at LACE Housing is also very proud of its recent success in achieving the prestigious Investors in Excellence Award, which recognises that it has put in place procedures to ensure that it is managing its resources well and delivering year-on-year improvements as part of its high quality services.

During 2014 LACE Housing pulled out all the stops, encouraging residents and service users to help celebrate its 50th anniversary year, raising its profile and ploughing its energy into money-spinning fundraisers.

Chief executive officer Nick Chambers and a group of energetic colleagues were ecstatic to complete the 200-mile Coast-to-Coast Walk. That magnificent effort helped to raise funds for a special Golden Ambulance – a great addition to the LACE Housing fleet, especially for its service users who love going out on trips.

The celebration year included the 50th Anniversary Dinner, with former BBC Radio Lincolnshire presenter Judy Theobald. Managers from LACE Housing visited the Red Arrows (also in their 50th season). There was a service of thanksgiving and a party also visited the House of Commons.

This year’s special dates include 24th and 25th June, when LACE Housing’s team will be joining other organisations in the Lincs Independent Living Partnership marquee at the Lincolnshire Show (stand 8-19) – don’t forget to make a date to drop in.