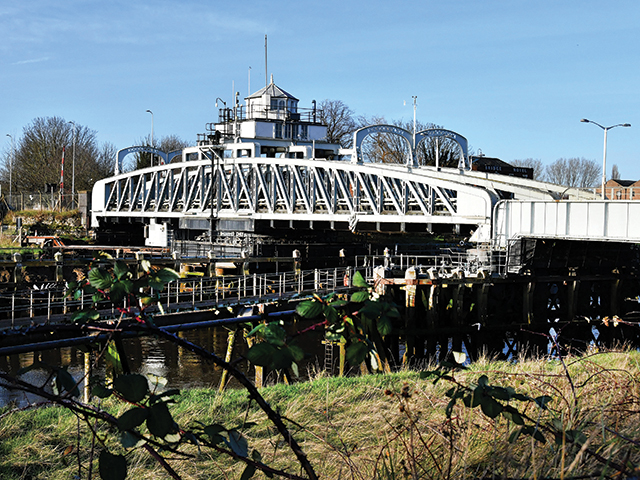 Racing to build opportunities for all

Community spirit is alive and kicking in Long Sutton and Sutton Bridge where a number of exciting and beneficial projects are coming to fruition. By Kate Chapman
In the six years since its launch Sutton Bridge Community Larder has become a lifeline to many and has provided more than 17,000 meals to those in need throughout the parish and beyond.

Volunteers who co-ordinate the larder – formerly known as Sutton Bridge Food Bank – say they couldn’t continue their vital work without the ongoing support of residents, businesses and other organisations including St Matthew’s Church, which provides a base for their operation.

It was former parish vicar Rev David Oxtoby who saw the need for a food bank in the village to help families and individuals struggling to make ends meet, and working with parishioners, he spent around eight months getting the project off the ground.

After Rev Oxtoby left the area for a new job, committee member Terry York took on the role of chairman for Sutton Bridge.

He said: “The food bank doesn’t get any financial support from anyone – apart from the odd donation we are given by an individual or a business.

“Rev Oxtoby perceived the need for a food bank in the parish; sadly we are in one of the most deprived areas for children in the county – we have got 96 children who are below the poverty line, that’s quite acute and we are very aware of it but are doing everything we can to help make a difference.”

Families are referred to the food bank via voucher holders – including GP surgeries, health visitors, schools, job centre and Citizens’ Advice Bureau and can receive three food parcels within a twelve-month period, with the possibility of a fourth as well as a Christmas hamper.

Parcels contain a variety of products including tinned foods, frozen bread and potatoes.

Donations to the community larder, which works alongside a similar venture in Holbeach, can be made at Lincolnshire Co-op stores in Sutton Bridge and Long Sutton or at St Matthew’s Church, in Sutton Bridge.

“We cover a wide area around Sutton Bridge and since the food bank was launched we’ve provided more than 17,000 meals,” said Mr York.

“We’re not just there for Christmas – people need food all year round and we do appreciate all the work of our volunteers, the church for its support in providing us a base and of course for the donations we receive, without which we would not survive.”

After months of tireless fundraising Long Sutton Hockey Club is delighted with its new astropitch, which has been installed at the town’s Peele Leisure Centre.

The club, founded in 1923, was left fearing for its future a couple of years ago when it was decided its ageing pitch needed replacing but members past and present rallied together to raise £50,000 of the required £200,000 cost.

President of Long Sutton Hockey and Cricket Club, Ian Canham, said safeguarding the future of the hockey club had been a real team effort.

“For a town of its size, Long Sutton is really lucky to have the sporting facilities it does,” he added, “which is why it was even more important for us to ensure the future of the hockey club for generations to come.

“It’s turned out some great players over the years – including the odd Olympian – but it’s equally important that these facilities are available to players of all levels locally.

“We conducted a demographic report to include with our funding bids and showed there was a real need for the pitch.

“In a lot of instances funding for facilities like this goes to cities and bigger towns, so we had to show how supporting such a project here would have an even greater effect.

“It’s been a real community effort though – we can’t thank everyone who supported us enough including former players, local businesses and other community groups. It’s been great.”

The club, which has men’s, women’s and junior teams, held its first joint training session on the new pitch at the end of last year and will now continue its fundraising efforts as the facility will require replacing again in fifteen years’ time.

And on the sporting front Long Sutton is also set to play host to its first half marathon on Sunday 15th March.

The race, which starts at Long Sutton University Academy, is being organised by Sublime Racing, which has previously held 10k runs in the town as well as other races over the county border in Cambridgeshire.

Race director, Martin Jennings, said that due to the nature of the Long Sutton course – it’s one of the flattest in the country with few twists or turns – there is huge potential for runners to achieve a personal best.

He added: “We’ve held three 10k races in Long Sutton before and they have always been very successful – the last one in November attracted around 600 entrants from across the region and beyond and our March race is popular too.

“With that in mind we asked the runners on our Facebook community if there’d be any interest in a spring half marathon and from the responses that came back it was quite apparent there was!

“Sublime Racing started a couple of years ago, with the idea being to put on high-class events in keeping with those held in the bigger towns and cities.

“We try and take into account the things that everyone wants – whether that’s chip timing, water in bottles, the sharing of results with England Athletics and Power of 10 as well as medals and T-shirts.”

Sublime Racing also endeavours to cater for everyone from beginners to pros and offers an early starter option for those who believe they will take longer to complete the course, so they can be back in time for the prize-giving ceremony.

A ruby anniversary year for Cindy’s
Wednesday 18th March will mark 40 years to the day since Cindy Marritt opened her first fashion store, just a short distance along the road from her current premises at 108 Bridge Road, Sutton Bridge.

“I can still vividly recall the day,” Cindy told Lincolnshire Life. “The shop floor was quite small but I had nothing to lose and I had received terrific support locally to help make it happen. 1980 was an exciting, changing time for fashion and it was not very long before I was looking out for larger premises so that I could extend the ranges I stocked.”

Cindy still welcomes many regular customers who were amongst those purchasing during that first spring/summer season. “Helping customers, many of whom have become good friends, has been the most satisfying part of building the business,” she explained. “I love buying each collection and working with my team but helping put together outfits and wardrobes for clients’ special occasions and holidays is a privilege.”

It has not just been these customers who have appreciated the wide choice of leading fashion brands Cindy’s has in store each season, but in subsequent years, their daughters and granddaughters have too. “I am dressing clients for christenings, weddings and anniversaries as the generations follow on. We never forget that we want our clients to leave Cindy’s looking and feeling fabulous.”

Spring/summer 2020 promises to be one of the most exciting for collections with vibrant new colours, relaxed and flattering styling and beautifully designed detailing. “This is a very busy wedding season,” said Cindy, “and I am so eager to show customers the softer, flowing skirts from Veni Infantino, Lisabella, Frank Lyman and Condici. Floral prints are topped with more structured bodices, a subtle sleeve and jacket; they are so versatile when matched with accessories from our ranges for a ‘Twenties’ wedding.”

Cindy will be holding an Open House Day on 18th March with all customers, old and new, invited to come to the shop between 10am and 4pm to help celebrate the anniversary and raise a glass of bubbly. Tickets are also on sale for two charity fashion shows: 25th March – Boston West Ladies Day and Lunch, Hubberts Bridge and April 22nd – Vintage Afternoon Tea at the Curlew Centre, Sutton Bridge. Cindy has raised funds for St Barnabas Hospice, Marie Curie and Tonic Health from past events so lend your support and help celebrate an anniversary year for Cindy.