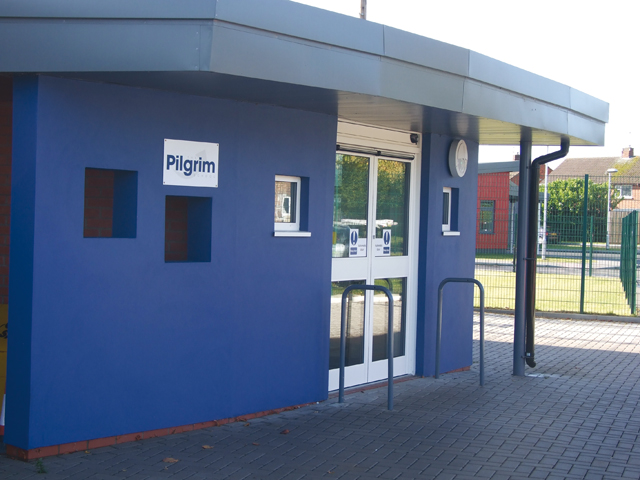 The evolution of the perception of the needs of children with long term illness and how continuity of education is achieved for them could not be more clearly illustrated than by the anniversary, this year, of the county’s Hospital School service. Now known as The Pilgrim School and based in Lincoln, the service’s roots were laid at the Holland Sanatorium, Boston in the 1940’s and subsequently evolved into the Boston Pilgrim Hospital School in 1971.

Noting that children suffering from polio, tuberculosis or orthopaedic problems, who were required to spend many months in the Sanatorium, were missing out on their education, the matron at the time, Matron Hardy, made a formal approach to the Director of Education for Lincolnshire in 1942.

Miss Stella Smith was the first headmistress who began to organise lessons in the wards. She worked through the trials of continuing lessons during air raids and the upheaval of the war. Throughout this time and into the 1950s and 60s the school’s log shows that thirteen to fourteen children were being taught as residents in The Orthopaedic School, Holland Sanatorium.

In 1971 the school moved to the new Pilgrim Hospital, Boston (officially opened in 1977) and gained its new name of the Pilgrim Hospital Special School. Children, in most cases, were now brought into a ward classroom, often being taught in their beds. During the late 1980s, lessons became aligned to follow the National Curriculum. As improvements in clinical treatments gained momentum so some illnesses, like polio, all but disappeared and the time children stayed in hospital reduced. The hospital school was evolving to meet differing demands.

Christine Seymour, present day Head Teacher of The Pilgrim School joined in Boston, in 1990 as Deputy Head. “We are still known as a hospital special school,” she explained. “In 1992 we were asked to also take on the teaching at Grantham and Lincoln Hospitals and throughout that decade the demand changed from provision of a hospital based service to an outreach service.”

From a staff of four in 1990 The Pilgrim School now has twenty-five staff operating from the central Lincoln hub and three satellite centres in Boston, Mablethorpe and the Deepings. In January 2012, The Pilgrim School moved into premises purposely refurbished for their needs at Carrington Drive, off Skellingthorpe Road.

The focus today is on children aged four to sixteen who cannot attend their own schools for health reasons. They are referred to the school which then initiates a tailored timetable that will either ease their transition back into mainstream provision, teach them in the centres’ classrooms or provide teaching at home.

The school roll now fluctuates between sixty and one hundred and twenty children. Their reasons for referral range from physical or mental health issues to teenage pregnancy.

“We are here to support any child who is resident in Lincolnshire who cannot attend main stream school for health reasons,” Christine continued. “I am immensely proud of everyone who has made the school what it is today. I look back at the innovations and achievements of my predecessors over the past seventy years and will consider my job and that of my colleagues well done if we continually evolve the service to meet the educational needs of children with long term health issues in the county.”