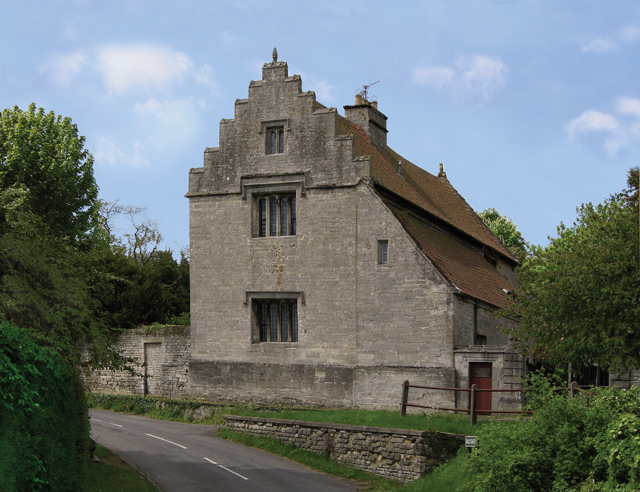 A tale of culture and trade

The term Renaissance is most commonly associated with the movement in culture, art and trade which originated in Florence during the late Middle Ages. However, a manor house in Lincolnshire has an important tale to tell about the role the county played in the less well known, Northern Renaissance, which has relevance for us today.
CM Taylor had not visited Lincolnshire until he and his wife saw an advertisement in Country Life in 1984 for Ellys Manor House, which they were immediately captivated by and bought from the Diocese of Lincoln as their home.

It has been a commitment which continues to be endlessly fascinating, financially challenging and deeply satisfying.

Located adjacent to the church of the Holy Cross in Great Ponton, Ellys Manor House was built by the Ellys family in the late fifteenth and early sixteenth centuries. This strong, imposing, Tudor house reflects the prosperity of the area and this family in particular at the time. The Ellys family were rich wool merchants who traded between England and Flanders and this continental influence can be seen throughout the house.

There are high ceilings, with large oak beams and imposing fireplaces which immediately help to identify the great hall which would have been the centre of activity for the household. Dense stone walls and deep set mullioned windows are typical of the period with Flemish-influenced, stepped gable ends.

The feature which takes many visitors by complete surprise is the scheme of early sixteenth century wall paintings which have survived despite, or perhaps because, they were covered in layers of plaster.

Traces of the black and red ochre can be seen downstairs on beams and fireplaces but in the upper rooms the scale and once grandeur of this decoration can be appreciated. The scene has a Veronese style but probably pre-dates his period. Sir Nikolaus Pevsner described them as, “a rare English interpretation of French verdure tapestries.”

The paintings create the illusion of looking out of the room through a loggia to the garden beyond, with animals, birds and plants depicting scenes, some identifiable as inspired by Aesop’s fables. They are said to be, “the most complete, extensive and important domestic decoration of this date in the country”.

The cost of conserving the wall paintings further would be well in excess of £100,000 so they remain misted by a feint plaster dust but their quality and glory is apparent and they make Ellys Manor House a truly continental house of the Northern Renaissance period.

The house has been open to the public for the last three years between Easter and the end of October and CM Taylor continues his research and forging links with Northern Renaissance scholars and museums to place Ellys Manor House in context to the era. The latest exhibit at the house is an early sixteenth century Flemish wool and silk tapestry (see below) which majestically illustrates where some of the fine wool traded from Lincolnshire was used.

The other ambition is to build a visitor centre which will fully explain the importance and relevance of Ellys Manor House in relation to the Northern Renaissance. If you believe that we can only move forward by looking back, then CM Taylor hopes that Ellys Manor House will be an influence in inspiring a new, twenty-first century, northern European Renaissance.

Pevsner, in ‘The Buildings of England’ says that the house is an absolute “Must See!” and it is certainly one of the most interesting and little known gems of the county and the wider country.

GARDEN OF LOVE
Visitors to Ellys Manor House can currently see one of the finest examples of an early sixteenth century Flemish wool and silk tapestry which is on loan, until the end of October, from the Museum Rockoxhuis (Rockox House), Antwerp.

This pre-Renaissance tapestry was probably woven in Tournai or Brussels around 1500-1520 and it represents the mythological garden of Love. The style is typical of this period, in that it is filled as much as possible with magnificently dressed characters wearing the pleated flowing garments and head coverings that are familiar from late medieval Flemish paintings. The vibrancy of the colours and intricacy of the design is astonishing considering that it is achieved from a palette of only six coloured wool yarns and silk.

The central figure is Venus who is dressed like a Burgundian princess. She holds a pomegranate, the symbol of fertility, on which her name is written.

The tapestry is approximately four metres square and curators from the Museum travelled to Great Ponton to hang it in it current position in a reception room at Ellys Manor House.