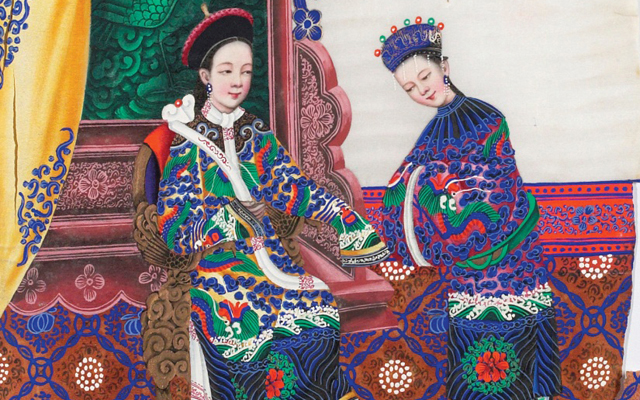 Art and music at The Archives

The repository boxes in the Lincolnshire Archives hold many wonderful and beautiful documents. Sadly, many of these documents rarely see the light of day. Here we will look at a few items from the exhibition.
ART AT THE ARCHIVES
The artworks in this selection are drawn from official and private sources. There are works by professional artists, ranging from bored scribes to leading figures of the art establishment such as Benjamin West and John Sell Cotman. However, many of the works are by amateurs. They are ‘amateur’ works in the original sense of the word: labours of love. Taken from letters, journals and diaries, this art was intended for private expression rather than public show. These works are intimate, beautiful, sometimes whimsical and, occasionally, disturbing.

For many of the selected documents, we have recommended further documents that are related or similar in style and subject matter. We hope you will be encouraged to explore The Archives collections for yourself.

Illustrated below is a miniature oriental landscape by A A Burnside, made in 1834. At a mere 13cm x 10.5cm, this is by far the largest of four miniature landscape drawings belonging to Willingham Franklin and ascribed to A A Burnside, a relative of his mother’s side of the family. The other drawings are little more than credit card size. Willingham Franklin was the son of Sir Willingham Franklin, the Chief Justice of Madras. When he was still a boy, Willingham’s mother and father died of cholera. He was also the nephew of Sir John Franklin, the ill-fated polar explorer (reference: MISC DON 430/3).

From the early nineteenth century, Europeans bought rice paper paintings, as souvenirs of their travels in China. These extremely colourful and attractive images were painted on very fragile paper made from the pith of the rice paper plant, Tetrapanax papyrifer (reference: MISC DON 555/1).

Above, one of a series of cartoons, pencil drawings and portraits produced by W Schmid whilst he was a prisoner of war labouring on the Sutton Bridge land reclamation scheme from 1917 to 1919 (reference: MISC DON 625/1/31).

MUSIC AT THE ARCHIVES
“The subject Music in Lincolnshire is rather like the county, much bigger than one realises at first. It is also like the county in another way. The beauty of the county is elusive, but very real when you find it, so too does one find a genuine love for music.” Dr Gordon Slater, Lincoln Cathedral organist, 1935

Music at The Archives contains a selection of the music-related documents held in the Lincolnshire Archives. The documents date from the thirteenth century through to the 1970s. As well as music scores, starting with monastic manuscripts from the thirteenth century, there are letters from the likes of Sir Edward Elgar, Ralph Vaughan Williams and Percy Grainger; journals of Victorian opera goers; tickets to concerts in Georgian London; advertisements for rock festivals; cartoons; concert programmes and portraits of composers and performers. The subject matter ranges from the music to be played at coronations to the coiffures and headwear of opera audiences.

In the aftermath of the Reformation, beautiful monastic scores were cut up and used to bind volumes of Wills and Parish Records. Although it is not unusual to find the blank sides of parchment or vellum documents reused for writing material, cutting monastic music scores to use as binding seems particularly sad to the modern observer (reference: LCC WILLS 1557/iii).

The Parish Register of baptisms, marriages and burials above, dating from 1558 was bound with a sheet of music scores which includes Byrd’s Galliard 2 (no 59b), Pavan: Kinborough Good (no 32a), Pavan (no 16a) and Galliard (no 16b). The music scores are written on a six-line stave as were Byrd’s published keyboard works at the time. Along with Thomas Tallis, another great composer and Byrd’s former teacher, Queen Elizabeth I granted William Byrd the monopoly rights to publish music in England, despite the fact that Byrd was a known Catholic. Byrd was organist and choirmaster at Lincoln Cathedral from Lady Day (25th March) 1563 until December 1572. He lived at 6 Minster Yard (a plaque marks the site of his abode). At Lincoln there was confrontation between Byrd and the Archdeacon John Aylmer, a zealous anti-Papist who was disdainful of the use of music in church at all let alone Byrd’s flamboyant ‘Popish’ style (reference: FRISKNEY PAR 1/1).