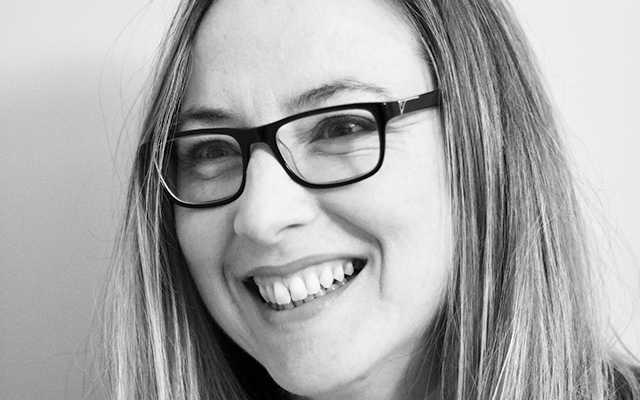 Jane Lacey-Crane has been writing fiction for as long as she can remember and now thanks to a prestigious award nomination, the launch of her debut novel heralds a doubly exciting chapter for her. She tells Kate Chapman the story so far.

Her new book Secrets and Tea at Rosie Lee’s, which was published by Aria Fiction in May, has been shortlisted for The Romantic Novelists’ Association’s Joan Hessayon Award for new writers.

Jane, who has always enjoyed writing fiction, is delighted with the recognition her first novel has received and is now busy working on the second of three titles she has been contracted to write.

“I’ve always been passionate about writing, even as a child I’d be filling up exercise books with stories and my Dad found a load recently, all full of unfinished tales,” recalls Jane, who is married to Jason, with whom she has two children, Grace (12) and Sam (10).

“And that’s often been the case. I’d write lots, but never actually finish anything! But I’ve always kept going – even when I’ve been doing other jobs, the writing has always been there.

“As soon as I came up with the idea for this story, I felt it could really go somewhere. I knew what I wanted to say and I just had to tell it.

“I’d always written short stories in the past, but I knew this one had to be a longer form and to get a publishing deal, and now an award nomination, well it’s just the icing on the cake.”

Jane, who moved to Spalding seventeen years ago, grew up in the East End of London and it is her childhood which has inspired much of her debut novel, with many of the characters based on the people whom she met there.

Set in a coffee shop, Secrets and Tea at Rosie Lee’s follows the story of Abby Cowan. Jane says her protagonist is approaching 40 and fighting a serious case of empty nest syndrome.

“She is a woman without a plan. At a time of upheaval, she’s faced with ghosts from her past and another chance at love – if she’s brave enough to take it that is,” she says.

“The book has been described as a romance novel, but I’d say there are lots of different elements to it, including some quite dramatic plot lines, so hopefully there is something there for everyone.

“I’ve always been a fan of romance fiction. When I was younger my grandparents lived in sheltered accommodation, where they would hold regular jumble sales. Every time you could guarantee someone would donate about thirty Mills and Boon novels – they sold them for about 10p each. I’d buy them all and devour them immediately. I just loved the idea of the happy ever after, which you don’t always get in real life.”

Jane studied drama and English at Queen Mary University of London. For a long time she wanted to be an actress, but then decided it wasn’t a career for her, as she wasn’t good at self-promotion.

Instead she landed a role at a cable television company, progressing from intern, to runner and later assistant producer before working on scripts for documentaries and in other areas of TV production.

“We moved up here because of my husband’s job, so I continued to do some freelance TV work, but because I’d moved outside of the M25 that started to dry up, and then the children came along.

“I did some retail work, which fitted in with looking after the family, but all the time kept writing when I could.”

Jane completed some creative writing courses, where she met like-minded people, with some of whom she went on to form the Red Wine Writers’ Group, which meets once a month in Spalding.

Thanks to the group, Jane published some of her short stories in its anthology Plonk, but it was a competition launched on ITV’s Lorraine programme which led to the development of her first novel.

Although she wasn’t a winner, she knew her story had potential and began dedicating all her free time to working on it. She sent her completed manuscript off to the Romantic Novelists’ Association’s (RNA) New Writers’ Scheme and after feedback rewrote it before approaching agents and publishing houses.

She was delighted to receive two offers of publication and signed a contract with Aria Fiction, which has optioned three books from her.

Secrets and Tea at Rosie Lee’s was one of seventeen shortlisted for the RNA’s Joan Hessayon Award for new writers.

“It’s all been very exciting and now I’ve found myself in the position of promoting my first book, while writing my second, which all going to plan should be out before Christmas,” she adds.

“Working on the second has been a completely different experience to the first, as before I had all the time I wanted, now someone is waiting for this one, but fortunately I work well under pressure!

“If you’d told me three years ago this would be happening, I wouldn’t have believed it – I know of authors who have three or four novels tucked away in their bottom drawer, which have never been published, so to get a deal for my first, I know how lucky I am.

“It’s taken a while to get to this point, my husband and family have been so supportive as have the Red Wine Writers and the members of the RNA.

“Now it’s really exciting – and also rather scary – to think that other people, aside from my relatives and friends, can read my work too. I hope they all enjoy reading it as much as I enjoyed writing it.” 

Secrets and Tea at Rosie Lee’s is available to buy now from Amazon.