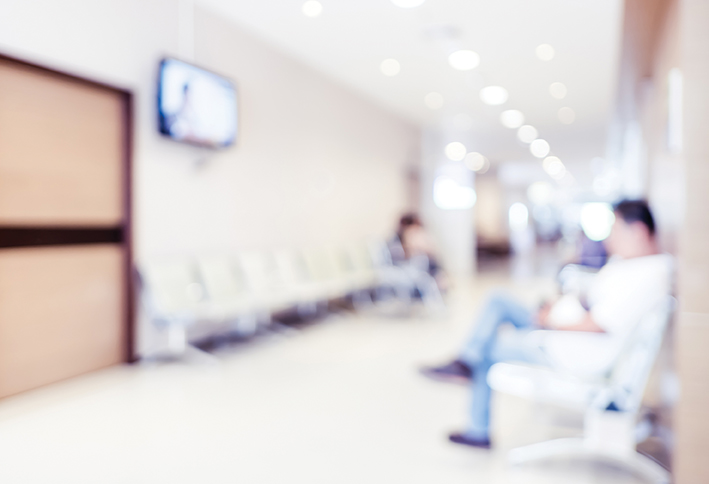 Phil Cosker is a writer based in Waddington. At the end of January this year he was diagnosed with metastatic prostate cancer. When Covid-19 arrived he was shielded and his chemotherapy was stopped because of the risks of having a damaged immune system with the virus at large. He was plotting his latest novel Tassa, the sequel to The Smoke, when this all happened. Phil decided on a different creative project.

“A new novel can take me up to three years,” says Phil, “so, in the face of an uncertain future, to put it mildly, I decided I’d start writing a collection of 500-word short stories titled From Behind the Plague Door. The other major factor was that I couldn’t concentrate for long enough to plot a long novel – my mind kept slipping to my own health and the danger facing my family and friends. To be frank, I was frightened.

“If I was going to embark on this project, I also wanted to be able to get the stories out to people as quickly and as easily as possible. To this end I’ve been posting a free new story every Sunday on my website blog. By the time this goes to press 15 will have been published. The intention is to continue to write and publish them until I reach 100 stories or until… I stop.

“I’ve been asked, Why 500 words? Well, I’m used to having as many words as I think are needed for a novel (until my editor tells me otherwise). Screenplays and librettos come with different constraints. The challenge to write a coherent and engaging short story in 500 words posed a different set of demands and that’s one of the reasons I decided to do it – and it’s great!

“I also wanted to offer people an opportunity to read something short at a time when their minds, as well as mine, might be challenged by the coronavirus pandemic.

“To be absolutely honest, writing these stories, though not all about the pandemic (far from it), has given me solace, excitement and joy – even a temporary escape from cancer. When I’m fighting to get each story just right, I’m also notching up a small victory over my illness.

“I guess this is a sort of sales pitch. The difference is that the stories are free, there’s no charge whatsoever. What’s more you will also find two free novels to read, one of which, The Sticks, is set in Lincolnshire.”

You can find all of Phil’s stories, the novels and galleries of his photographs online at philcoskerwriter.com

WHITE CHAIRS BY PHIL COSKER
The white waiting room chairs in A&E are bolted together in sets of five or ten, in lines. They are no longer new, nor are they comfortable, and have a 1970s Habitat look with round holes in the metal seats and backs. Some chairs carry word-processed notices: Please don’t sit on me I’m broken. There is no irony in this, nor is it a metaphor, it’s merely a statement of fact.

During the day the chairs that are not broken are always fully occupied. Often, when there are no vacant chairs, patients lean on the walls, sit on the floor or loiter outside for a chat or a fag.

At night, this A&E is closed. In the dark, unanswered telephones monotonously ring and ring, sick with tinnitus. No people suffer. No people are in pain. No parents panic. There is no blood. All is spick and span. No doctors fight to save lives. No nurses tend the ill with compassion and care. No one gasps for air. No broken bones needing repair. Sounds echo from far offstage, safety lights faintly glimmer – a theatre without a play.

The noise of an electric floor-polishing machine grows as Janita pushes it into the waiting room. As she polishes, she sings to the white chairs as if she wants to cheer them up from their loneliness, All you need is love, love, Love is all you need. She looks out through the windows.

Heavy rain falls in sheets through the radiance of high car park lights. A car skids to a halt. A middle-aged man leaps out, opens the rear door of the car and helps an old lady out. He protects her with his coat and helps her stagger to the doors. He rattles them. On the inside, Janita tries to let them in. Outside, the man pounds the doors with his fists and shouts, It’s my mother. Janita shakes her head, there is no way in. She shouts, Try the main doors, and points in their direction, Round there, round there. She stares at the car, the driver’s door is still open. She waits.

Rain falls. The man and his mother return to the car. He helps her in. The car drives away. Janita, unable to sing, weeps as she continues to polish the floor.

In the deserted car park, Austerity, the Grim Reaper, watches.