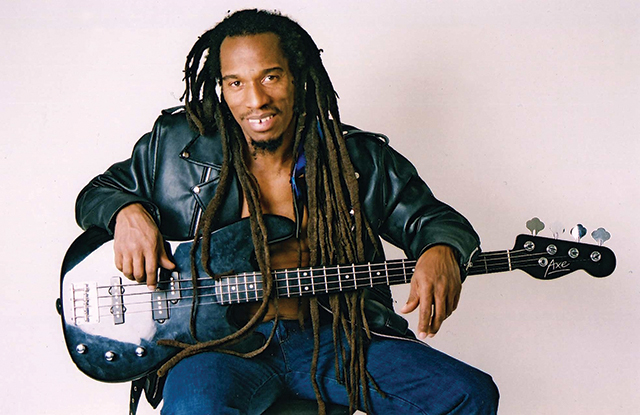 Benjamin Zephaniah is one of the UK’s best loved poets. In a new autobiography he opens up about his youthful determination to find his voice against the odds – and he is no less passionate and outspoken today, as Kate Chapman discovers.
From an early age Benjamin Zephaniah knew exactly what he wanted to do with his life. Thanks to his passion, determination and raw talent he made his own dreams come true.

Now the award-winning playwright, musician and performance poet is retelling the story of his life in his autobiography The Life and Rhymes of Benjamin Zephaniah, speaking candidly about his time living outside the law and how he broke away from the path his school teachers told him was inevitable.

It became his mission to take poetry everywhere, and in doing so Benjamin, who now lives on the outskirts of Spalding, says it helped him survive the racism he faced growing up in 1960s Birmingham, while the vibrant music scene in the form of roots reggae and the sound system culture of the 1970s provided the backdrop to a teenage life that was, at every turn, encountering institutional racism.

He later moved to London, where he emerged as a uniquely dynamic performer, at a time when punks and rastas were fighting Thatcherism and the National Front in the 1980s.

“The work is an autobiography and a social history. They say you mellow with age, but if anything, I’m angrier than I’ve ever been,” says Benjamin.

“It was my agent and other people pressing me to write it – they kept saying you’ve got all these interesting stories from when you were younger, but I just thought I wasn’t old enough to write an autobiography yet!

“They finally convinced me, but it was on the condition that there was no deadline – I didn’t want it to feel rushed. In the end it took about six years, but I’m really pleased with how it has turned out.”

The book also tells the story of Benjamin’s mother and how she was lured to Britain from Jamaica like so many others of her generation, with the promise of a better life.

Benjamin grew up in Hockley, in an area of Birmingham he describes as poor, with gangs of wild dogs roaming the streets, but says there wasn’t any sense of injustice as no-one there knew anyone who was rich.

“My mum’s story is an amazing human interest one; she was told the streets here were paved with gold, but it just wasn’t like that, so for her it was about surviving,” he says.

“As for me, I started going down the wrong tracks and got involved in gang culture; there was a time when I thought I was going to die on the streets and then one day I’d just had enough. I dreamed of being a poet, so I left that life and followed my passion.

“There was part of me when I was 8, and I remember thinking about what I wanted to do, the kind of work I wanted to do – and it’s exactly what I am doing now. All of the adults who were around me, parents and teachers said I had to be realistic.

“At that time, young black kids could realistically expect careers as car mechanics, street cleaners or bus drivers, so I can understand what they were saying.

“I was asked to tell them who my role model was, to name someone who was already doing this, but I couldn’t, as there wasn’t anyone; I was imagining something new, as most poets who wrote books, worked in the library and did the odd reading when they had a book come out.

“But I always tell people that if I didn’t write poetry for a living I would still do it as a hobby while I farmed, or drove a bus or whatever. I am really lucky. I followed my passion and managed to make a name for myself.

Benjamin is also a novelist, political activist and musician. He has written several novels for teenagers, is an outspoken campaigner for both human and animal rights and has appeared on BBC radio and TV programmes such as Desert Island Discs and Question Time. He also continues to release albums with his reggae band and was the first person to record with the Wailers after the death of Bob Marley, in a musical tribute to Nelson Mandela.

Having spent most of his career on tour, Benjamin is taking to the road again to promote the new book, although he says his first love will always be performance poetry.

He came to Lincolnshire ten years ago from London and has settled in the countryside, where he finds himself able to produce more quality work due to the lack of distractions.

“I do get more quality work done since I moved here; before I’d be at home in London and get a call from the BBC and I could say yes, I’ll be there in 20 minutes,” he adds.

“I’m currently writing a novel for teenagers and while Lincolnshire does feature, it’s not so much the landscape, it’s more from a young person’s perspective. I find it really interesting as regards the lack of services for them here compared to London.

“When it goes dark here, it really goes dark; if you miss the last bus, you’ve missed the last bus, in London you can just get on another route. I get to understand a lot more. In London people see country people as privileged but there is poverty here.

“We’re going through really interesting times; it’s never been more important to work together. I have a real passion for spending money locally wherever I can and that can help build the local economy and bring us all closer together – that can only be a good thing.” 

The Life and Rhymes of Benjamin Zephaniah: The Autobiography is published by Simon and Schuster, priced £20.