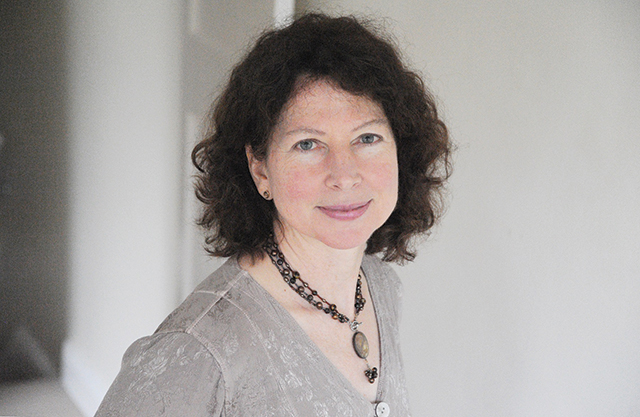 This month sees the return of the Lincoln Book Festival, a week-long literary celebration which this year will honour the bicentenary of the birth of Queen Victoria.

The great monarch’s life and legacy has inspired an eclectic series of guest talks by acclaimed novelists and historians who will focus on different aspects of the Victorian era. Topics range from Jack the Ripper and the macabre, to the lighter side of nineteenth-century British culture, like the boom in art, leisure and entertainment, the emergence of some of the English language’s literary greats and the enigmatic life of the Queen herself.

In addition there will be workshops, school events, film screenings, food and drink, a showcase of creative writing in local schools and the announcement of winners of two short story competitions.

Lincoln Book Festival 2019 opens at Lincoln Drill Hall on Monday 23rd September with the free festival launch party with special guest author Melvin Burgess, the Carnegie Medal winning writer regarded as ‘the godfather’ of young adult fiction in Britain. He will be discussing his career as well as his latest novel, The Lost Witch (2018).

Literacy charity First Story showcases its work in schools and winners will be revealed from Lincoln Book Festival’s 2019 Flash Fiction Competition and the Aurora Prize for Writing 2019, in association with Writing East Midlands and the Society of Authors. The launch event is preceded by a workshop for schools.

Writers will have pens at the ready as Mansions of the Future hosts a hands-on workshop on the Victorian art of letter writing on Thursday afternoon.

Greats of Victorian literature fall into focus in a Friday afternoon event at The Collection which explores the career of Alfred Tennyson and his relationship to Victoria through a guided exploration of letters and images from the unique collections of the Tennyson Research Centre. New research reveals the true story of the publisher who ‘discovered’ the brilliance of Charlotte Brontë after receiving the manuscript for Jane Eyre and his devotion to championing the writer’s talents.

Earlier in the day, Lincoln’s Cheese Society puts on a spread for an exploration of Italian cuisine as chef Michael Waterfield reflects on the Tuscan cookbook of Janet Ross, first published in 1899 and still in print, which began a transformation of British attitudes to eating vegetables.

The festival closes on Saturday 28th September at Lincoln Drill Hall with a two-part author event featuring grand houses, gothic mystery, and a great heroine of British history. Lincolnshire’s Baroness Hogg discusses her new book Katherine’s House, a novel based around the fascinating history of her house at Kettlethorpe, best known as the home of Katherine Swynford, one of the most romantic figures of medieval times. Multi-award-winning fiction writer Susan Fletcher returns to Lincoln Book Festival with her latest novel, House of Glass. A gothic mystery reminiscent of Daphne du Maurier, it is ‘a ghost story that’s also a love story’ set in 1914 Britain, haunted by memories of empire.

Lincoln Book Festival chair, Phil Hamlyn Williams said: “We can’t wait for this year’s Lincoln Book Festival to begin and our theme offers a wonderful chance to explore Lincolnshire’s rich Victorian heritage. We have some fantastic guest authors on the bill and through their books we expect to find plenty of humour, horror and historical insight into how Britain changed in the nineteenth century.”

Most Lincoln Book Festival events take place at The Collection museum and art gallery on Danes Terrace or the Lincoln Drill Hall theatre on Freeschool Lane in the city’s cultural quarter. Tickets for author talks are usually £10 although some activities are free to attend. Tickets for all festival events are available through Lincoln Drill Hall Box Office in person, by telephone on 01522 873894 or online at www.lincolndrillhall.com