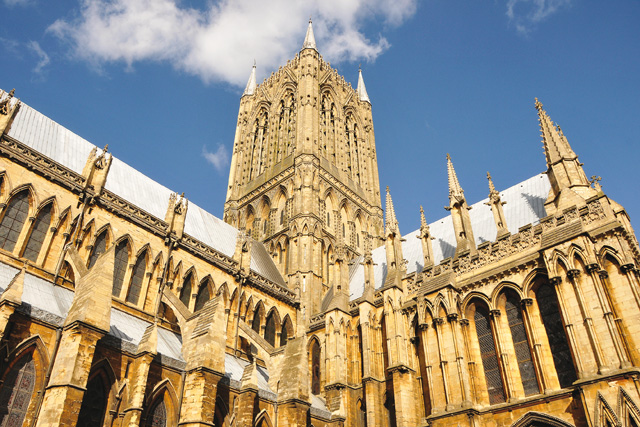 On Saturday, 20th October we are hosting a large fundraising event in the magnificent Nave at Lincoln Cathedral.
It is extremely difficult to fundraise in these hard times, so we have decided to try something a bit different. Two West End stars have agreed to come to Lincoln and perform for LIVES: Maria Kesselman, along with Paul Arden-Griffith.

Maria’s credits include the lead role of Christine, opposite Michael Crawford, in ‘The Phantom of the Opera’. She also received critical acclaim and a Time Out award for her performance as Melinda Coverdale in ‘A Judgement in Stone’ with Sheila Hancock.

Her leading operatic roles include Musetta in ‘La Boheme’ and Despina in ‘Cosi Fan Tutte’.

A graduate of the Royal Northern College of Music, Paul Arden-Griffith made his London operatic debut at the Sadler’s Wells Theatre as Sellem in Stravinsky’s ‘The Rake’s Progress’, and played Puck in Britten’s ‘A Midsummer Night’s Dream’ in the same season. Principal roles with the English National Opera and the Royal Opera at Covent Garden quickly followed.

Both are highly accomplished singers and promise a spectacular concert.

They will be accompanied on the piano by the international pianist Carol Anne Wells, who will be performing in her own right on the night. Carol trained at the Royal College of Music (RCM). She became the first official accompanist at the Opera School of the RCM and since then has charmed the critics with her playing as a soloist/accompanist in concerts, cabaret, opera and musical theatre.

Also performing on the night will be The Lincoln Orpheus Male Voice Choir, under the directorship of Bea Van Der Kaaij, soprano Rachel Knowles, male tenor David Martin and local concert pianist Lesley Willis. The concert will be hosted/compèred by Rod Whiting of BBC.

LIVES responders are specially trained volunteers who are often the first on the scene at someone’s home, who has been taken ill and dialled 999. Their job is to be with the patient in less than six minutes and help the patient until the ambulance and paramedic arrive. LIVES aims to make sure that any person who becomes acutely unwell or injured in the county of Lincolnshire will receive rapid emergency care regardless of their location. No person should suffer or die because their accident happens in an isolated, rural location.