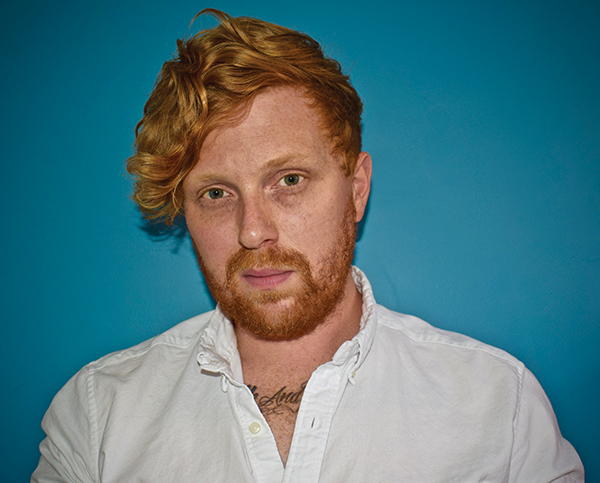 Next level for county author

Scott Kershaw’s debut thriller The Game explores the traps created by modern technology. He spoke to Yusef Sayed recently about playing with the expectations of readers and finding his way in the world of publishing.

Five people each receive a text message informing them that the person they love most is in danger. In order to save them, the recipients must play ‘The Game’. The setup will be familiar to those who have recently finished the popular Netflix series Squid Game, or who grew up watching survival thrillers like Saw and Battle Royale. But Grimsby raised writer Scott Kershaw’s new novel is less interested in flashy set pieces and extreme violence. The Game looks at the effects of emerging technology and the vulnerability of a variety of characters.

“The idea of the death game is obviously quite popular and it’s been done a lot of times,” Kershaw says. “But it’s always very much a giant elaborate machine and a character you don’t really know.”

Three women and two men, each from different backgrounds and cities in the US and Europe, are forced to put their daily lives on hold and head to a remote spot in the UK. As the fact-paced plot unfolds, Kershaw simultaneously shows a sensitivity to a number of personal issues – from people trafficking to pregnancy, sexuality and the addictive nature of internet culture.

Kershaw expains: “I knew that I wanted to take ordinary people and break them down. And kind of show who we really are. I thought I want people that I recognise in it. And it just naturally rolled along from there, like the things that happen to them after their loved ones are stolen are quite mundane – travel here, move faster… It was more about how far can I push them until they’re true to each other.”

Growing up between Grimsby and Cleethorpes, Kershaw’s interest in novels began in a different time, before the distractions and dangers of social media.

He recalls: “I’ve always wanted to write, since being really small, just reading a lot and I always enjoyed writing. We didn’t have much growing up. The first books I was into were The Hobbit and Alice’s Adventures in Wonderland. And then in the mid-90s I used to steal Stephen King books from my auntie. That got me into the kind of thing I write. And movies – I think videos get a bad rap for writers, but films really help.”

Kershaw explains that his behaviour as a teenager interfered negatively with his school work and as a result there were few creative prospects ahead of him when he left, until the Labour government’s Connexions scheme steered him towards a local college course in journalism. His writing was noticed by Dr Chris Dows, who ran the professional writing degree through Hull University.

Undertaking the degree, Kershaw learned about the value of a good editor.

“That was the thing that I really picked up that helped me massively – just being able to take criticism.

“People generally, they want it to be better, they’re not saying it to be cruel. The advice that I was given was don’t take it personally. At first I took it really personally, I nearly quit.”

Kershaw worked on a first book outside of his full-time job as a chef. Though his first attempts did not lead to publication, he was supported by contacts in the industry including agent Rory Scarfe and commissioning editor Emily Kitchin of Hodder. As his writing developed he was paired with barrister Gary Bell QC to co-write a crime series. Then when he was ready to pitch a new story to Kitchin, by that time editorial director at HQ, Kershaw was immediately signed up for a deal. He had not only honed his writing skills considerably, but had also gained a better sense of the market.

“If you want to be published, pay attention to what works. If you want to write a certain kind of thing, then look at the market for that. Look at what people enjoy. Really get an understanding of people, not just reading books but reading people.”

Though Kershaw refers to recent film thrillers as inspirations, with the characters in The Game even trying to recall scenes from survival films of the ’90s and ’00s, older references to literature and film come through as well. A line from Coleridge’s The Rime of the Ancient Mariner is remembered at one point, while the coastal setting of the novel’s climax and the book’s title itself are both evocative, whether intentional or not, of The Most Dangerous Game. Kershaw’s voice has also been influenced by more subversive writing.

He explains: “I like Jack Kerouac, Charles Bukowski, Burroughs, stuff like that. I read a lot of comic books, graphic novels. I think that kind of helps as well. Graphic novels have to be very fast. They have to get a message across with pictures and two words. I look at things like that and see a picture first and try and cut down on the dialogue and just keep it moving.”

Despite the novel’s simplistic title, Kershaw plays with the many associations that come with it, and these are weaved into the narrative. The character of Brett first appears at a basketball game in New York, and we later learn that he works as an editor for a games company. Mother-of-two Sarah has a gambling habit. And all five players are told to meet at The Gamekeeper’s Inn.

This ‘world’s collide’ concept might be pure fiction but it is a very real world that Kershaw evokes, where old and new technology co-exist. The writing reflects the possibilities that this opens up in terms of characterisation and plot points, and which might be overlooked in formulaic thrillers. ‘Instagrammability’ and international flight have connected the world in dramatic new ways.

With the story’s character backgrounds putting us in Minnesota, Manchester and Paris among other locations (all places that Kershaw has visited in the recent past) the writing shows an attention to local detail, as much as the slang of subcultures – such as the corners of the internet where the worst punishment is to become a ‘subreddit within the hour’. Just as refreshing is Kershaw’s awareness of platitudes and clichés: It’s not ‘now or never’, Sarah tells herself at one moment, ‘that isn’t really true’.

Kershaw is fascinated by how behaviour is changing with the emergence of new media and technology, and the pitfalls that these open up. There is also the voyeuristic fascination among gamers of watching others playing online that also seems to have shaped the story. And the threat to our personal environment from global shaming.

“It’s very easy to exploit people these days with the image that they choose to put online. We’re all trying to paint this picture of our lives to the people we know. I wanted that to be written in the characters.

“There are so many questions around consent and exploitation and I think readers of thrillers are complicit in that. [When] they pick up a horror book, they’d be pretty disappointed if no one died in it. They like coercion. These are all just themes that I wanted to prod at.”

There are no specific references to his home county in the story but it is not hard to see a bluntness and empathy towards broken lives that comes as much from early years spent in a deprived provincial town as it does from a love of books.

“I kind of avoided Lincolnshire because I knew I was going to be pretty cruel and I didn’t want to upset people. I thought I’d give them a break for the first book. [The locations] were all just places I’d been in the last couple of years. But when I visited them, I didn’t have a lot of money, I didn’t get to see the glamorous side.

“That was one of the reasons I took two quite glamorous places, Paris and New York. They’re quite aspirational but there are still ordinary people there. There are still working-class people, people struggling. The roads I grew up in, in Grimsby, are everywhere. No matter where you go, there will always be those roads.”

Kershaw’s imaginative approach to the genre seems to be engaging readers, with The Game reaching the top of the Apple audiobook chart shortly after publication. But he is open about the challenges as a new writer in the current economic climate.

“It’s financially difficult because you have to do it mostly in your own time – in fact, all in your own time. So you’re still working ordinary jobs. I was a chef as well, I was working 70-hour weeks and then trying to write around it.

“At the minute, with the way everything is, bills are kind of rocketing, I’m going to have to still work like that. So it’s still difficult, but I really enjoy writing. It’s cathartic.”

Now based outside Market Rasen, Kershaw will be working on a second book as part of his deal with HQ and explains how his need to write has deepened. This is something he hopes other up-and-coming writers from similar backgrounds might also experience.

“But then the more I’ve got into it, there’s so many young, nice, diverse writers that are really making a difference and really helped me feel more involved.”

And how to get ahead in the publishing game as a young writer?

“The best thing you can do is just write. Read a lot, get used to putting words down. In terms of needing a degree, a degree itself doesn’t make a difference. You don’t show up to a publisher and they go, let me see your credentials? If you’ve got an idea, stop picking at it over the years, just sit down and get it done.”

The Game is published by HQ. Scott Kershaw will be in conversation at Waterstones Lincoln High Street on Thursday 30th June at 7pm. 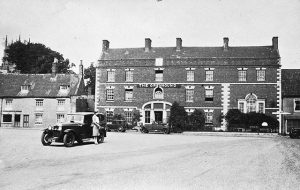 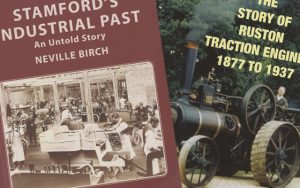