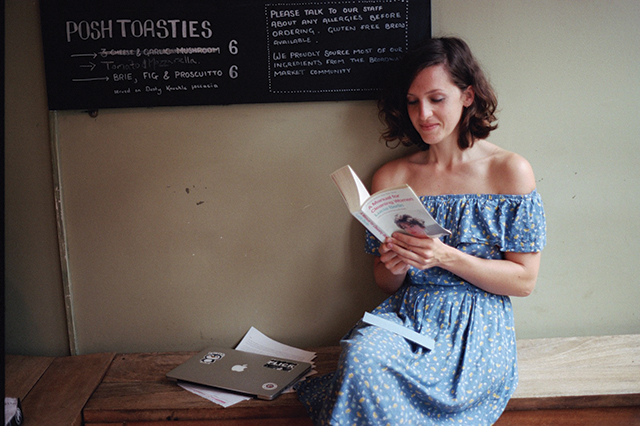 Dead Girls by Abigail Tarttelin
Abigail Tarttelin’s third novel tells the story of Thera, a young girl who is intent on discovering the identity of her best friend’s killer, and taking revenge for the crime. She does this with the help of the ghosts of other dead girls.

Tarttelin came to prominence with her second novel, Golden Boy, which features an intersex protagonist. Dead Girls is no less frank in its subject matter. It explores issues of burgeoning sexuality among teenagers whose lives are shaken by a shocking case of rape and murder. Still, the typical emotional pangs and imaginative games of childhood are well depicted throughout the novel. Many readers of an age with Tarttelin will find much resonance with their own upbringing and the friendship bonds of school years she creates.

Tarttelin, who spent her childhood in Grimsby, recaptures the cultural texture of provincial life in the 90s. Thera talks of keeping Nano Pets and eating Rice Krispie Squares, sneak late night viewings of Eurotrash, her love of Terminator 2 and the Spice Girls – she is clearly inspired by the emerging idea of ‘Girl Power’. Setting the story in the fictional Eastcastle, Tarttelin nevertheless paints in the landscape and landmarks of Lincolnshire, still rarely drawn on in fiction, with references to Cleethorpes and Kinema in the Woods.

Choosing to write from the perspective of an 11-year-old throws up its own potential pitfalls when it comes to the suspension of disbelief. Tarttelin finds clever means of bringing Thera’s inner experiences to life realistically. Thera draws on high level vocabulary, which she learns from her bookworm grandfather, while at other times she struggles to articulate the right word. During a secretive pursuit she reminds herself: ‘I have to be in cog knee toe’.

Tarttelin also conveys the confusion around sexual matters and the ways in which children piece together knowledge from TV, peer stories and tentative first physical encounters; while also addressing the question of sexual assault and of how much children should be aware. An important part of the characterisation of Thera and the other young characters is embodiment, with very private descriptions of Thera’s changing body and her growing awareness of the way that girls are perceived by men – and by those of her same age group.

As a whodunit, Tarttelin makes judicious use of a gesture here or briefly glimpsed detail there to lead the reader to suspect several successive characters of involvement in Billie’s death. But, blurring genre boundaries, Dead Girls is also a coming-of-age story. Filtering the complex reality of the crime through a precocious but still inexperienced central character adds to the effect of the mystery – with Thera’s selective attention, obsessions and contact with ghosts taking the place of forensic police work and adding further uncertainty and suspense. Thera’s emotional response to the loss of Billie, her intellectual curiosity, her insecurities around an older boy, Nathan, and the breakdown of the marriage of her parents all feed into her increasingly reckless behaviour.

The plot unfolds in July, leading into the summer holidays, which seems to have a bearing on the pacing, the effect of a contrast between the frantic search for a criminal suspect and the hesitant intimacies negotiated over days, and the boredom of drawn-out afternoons in a small town.

In the person of Thera, Tarttlelin provides a strong-minded female protagonist in conscious opposition to belittling or idealising depictions, marking the book as proudly feminist. And there is empathy given to the effect on a teenage boy of witnessing a terrible sexual attack. But there is no adult point of view that offers a compelling counterpoint to Thera’s black and white perspective on the world, especially as concerns vigilante justice, other than in terms of legality. Or, at least, none breaks through to Thera. Tarttelin is clearly deeply concerned with the subject at hand, citing UNICEF statistics at the book’s conclusion.

The misandrist viewpoint that Thera comes to adopt, and the retributive justice espoused by her, lead the novel to a bloody finale, which is in keeping with the popular taste for violent thrillers.

Choosing to explore one intensely felt response, however, of giving readers a convincing insight into the emotional world of a young girl, Tarttlelin does not avert her eyes to urgent matters and shows herself to be unconstrained by genre boundaries.