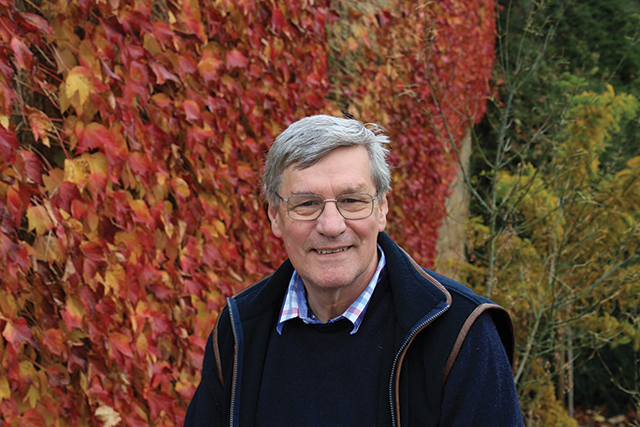 The Words Count literacy conference will be held on 27th April at The Baths Hall, Scunthorpe, to raise awareness of the importance of reading. The event, ‘More than Words: Building Reading Communities’ aims to highlight the benefits of reading and how a whole community approach can help transform lives. More than Words will offer teachers, early years professionals, community leaders and anyone involved in literacy development an inspiring day with high profile speakers and workshops. www.northlincs.gov.uk/wordscount

Bright Tracks, a new book by Bourne based writer Richard Pike, retraces the steps that he and his friends took across Europe and around Greece in the late 1950s. Lavishly illustrated with over 160 photographs, including pictures Richard and his companions took back in 1959, it will appeal to those with an interest in Greek history and culture, as well as those looking to reminisce on their own travelling days. www.troubadour.co.uk

Michelle Birkby will visit Lindum Books in Lincoln on 24th March to discuss The Women of Baker Street, the second paperback in her series about Mrs Hudson and Mary Watson, as they turn to sleuthing in their own right. Tickets are available at £4. Places are limited due to space restrictions, so pre-booking is essential. And on Tuesday 28th March, the shop will host Margaret Dickinson, who is promoting her latest novel Daughters of Courage. This afternoon event will take place at The Collection. For more information on both events and to book tickets, telephone 01522 262374.

Teased early on in his career for noting everything down on a clipboard, Professor Stephen Westaby’s aides-memoire, his professional notes and even the artistic capabilities he has shown from an early age have all no doubt contributed to the remarkable stories he has recounted in Fragile Lives.

The eminent heart surgeon brings the reader to the operating table and talks through the anatomy and the agony of trying to give a liveable life to people of all ages and backgrounds in dire health. The heroics for which Westaby has rightly become renowned over the last forty years are not indulged here. The painful realities, the breakthroughs and the frustrations are all described with bluntness and an eye to improvement in the future.

Westaby was born in North Lincolnshire only two years after the NHS, in the steel town of Scunthorpe. Though blamed for many of the ills of society, it was the new medium of television which gave him his inspiration when the development of the heart-lung machine was reported on a documentary Your Life in Their Hands. Westaby would feature in a later revival of the show.

Westaby takes the reader from mopping blood and vomit as a porter at Scunthorpe War Memorial Hospital when he was still at school age, to a seemingly impossible operation to remove a tumour from the heart of a starved child in Saudi Arabia – a child who also happens to have dextrocardia (a heart that lies to the right). The other astonishing accounts include that of a young girl who had suffered multiple heart attacks before the age of six months.

Sleep deprivation, improvisation and language barriers might not seem like the ideal basis on which to operate on the desperately sick but these have been the facts of life for the author. Westaby has been a pioneer in his field, trying out brand new surgeries with only sketches made mid-flight and newly fashioned tubes and devices to work with. One wonders how any of this is possible; that some among us move from beating heart to beating heart, 10,000 hearts in Westaby’s case, and have to do their best to detach from the lives that each holds in the balance.

With the expected precision of a surgeon, Westaby explains each procedure with often ghastly detail and complex medical terminology. Just as many trainee surgeons cannot get past their first sight of a cadaver, many readers might struggle to make it through to the end of some of Westaby’s procedures – not all of them have a happy outcome. But for those who can, the value of his experiences is clear, acquainted as he is with the suffering of people from all walks of life.

It is not only surgeon and patient under consideration here; the rest of the surgical team are an integral part of Westaby’s world, and the emotions of parents are recognised, if sometimes only by a telling bead of sweat.

Westaby’s frank, often coarse language might not be so surprising when one considers again his childhood experiences. Admittedly a quiet, artistic child, his environment was that of the grind of the steel mills of Scunthorpe. He describes seeing his grandfather collapse with heart pains in the street and later dying at home; and his grandmother suffering ‘Stridor’ caused by the thyroid cancer that devastated her. The Lincolnshire life he was part of and his early confrontation with death and disease out of school hours leave little room for platitudes.