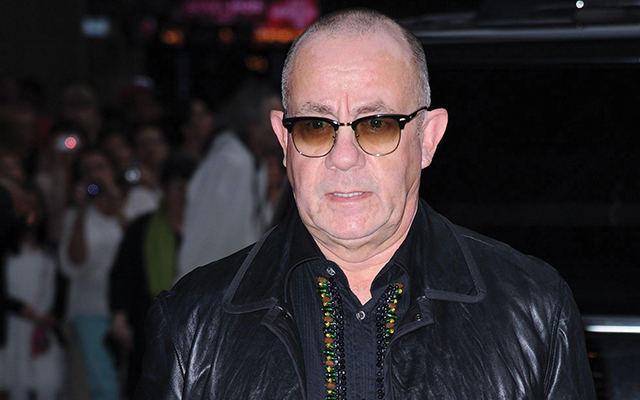 Roots of the Brown Dirt Cowboy

Elton John has recently announced a three year farewell world tour. It will be the last time to hear him perform live some of his most iconic songs. TIM SAUNDERS has been looking at the career of the creator of many of the songs’ lyrics.
Owmby-by-Spital is the last place Lincolnshire born songwriter Bernie Taupin wants to revisit.

This was revealed when he replied to an email from his older brother Tony who had listened to Home Again on Sir Elton John’s 31st studio album Diving Board: ‘We all dream of leaving, but wind up in the end/Spending all our time trying to get back home again.’

“Tony listened to the song and sent me an email saying ‘Please tell me you weren’t thinking of Owmby-by-Spital when you wrote it,’” Bernie told the Daily Telegraph. “I said, no Tony, it’s a state of mind. Owmby is the last place I’d want to go back to.”

Bernie left the UK for America in the 1970s and last visited Britain over fifteen years ago. “The England I remember,” he added, “doesn’t exist anymore. The last time I went there I felt like a stranger in a strange land.”

Born at Flatters Farmhouse, between Anwick and Sleaford, Bernie has vowed never to return to England. He immortalised his birthplace in a poem called Flatters (A Beginning) on his 1970 self-titled spoken word album, which begins:
In furrows where the seagulls stole
The seed that was then sown by man,
To a rabbit hutch, and a milkman’s bell
That rang by the gate and sang.

Bernie and Tony used to play Pooh Sticks with their grandfather, Poppy on a bridge in the country lane behind the farmhouse. This was chronicled in Bernie’s 1988 autobiography A Cradle of Haloes, and in a 1970 poem entitled To a Grandfather, which includes the lines:
There is only one who haunts the corridors of time.
Who took two children,
Hand-in-hand down the lengthy lanes. . . ,
Exploring things so long ago,
Like some misty memory from another land.
And we will always remember him.

Since 1992 Bernie has lived on a thirty-acre ranch in California, now on the market for $4.7m (£3.5m) with a view to bringing his children up in a different part of America. Buying his ranch enabled him to become a cowboy. “My heroes in life are cowboys,” the retired rodeo champion told the Daily Telegraph. “When I grew up in England in the 1950s and ’60s we all played cowboys and Indians and watched westerns on TV and it entranced me.” But it was while living at run-down Maltkiln Farm in Owmby-by-Spital – where his younger brother Kit was born – that Bernie became obsessed with cowboy movies. “I was intoxicated by the myth of the west. The music I listened to – Johnny Cash and the like – the films I watched, even the history I was interested in: I wanted to live like a cowboy.”

These days songwriting doesn’t take up much of Bernie’s time; it’s more of a hobby. When Elton has a new album in mind he contacts Bernie, who then spends a few weeks writing lyrics. Bernie then emails them to Elton. “I used to fax them,” he has said. “It took a long time to drag this guy into the 21st century.” But Elton does now have an iPad and a computer. Elton has only ever visited Bernie in America once. They famously never write songs in the same room.
Being apart, he says, has contributed to their success because they are not around each other long enough to get bored or frustrated. He doubts that they will ever retire.

Painting now occupies eighty per cent of Bernie’s time, with his works selling for up to £16,000. He also produces a twice weekly radio programme on SiriusXM in America on Fridays and Sundays. All the music he plays is from his own collection of 15,000 albums which he started collecting while living at Elton’s mother’s house in Pinner. During this time, when he shared a bunk-bed with Elton, Bernie was earning £5 a week while Elton received £10 because he sang.

This wealth divide has continued. Today, Bernie, who is generally unrecognisable in a crowd, is worth $70m (£52m) according to TheRichest.com while Elton, the flamboyant Grammy winning superstar, has $500m (£370m), according to CelebrityNetWorth.com.

The duo is celebrating fifty years of success. It all started for Bernie when he answered an advertisement in the New Musical Express aged 17.

Until this point he had a succession of jobs including a traineeship in the print room of The Lincolnshire Standard weekly newspaper. He left and turned to dancing, playing snooker and drinking in the Aston Arms Pub in Market Rasen. Elton John had also answered the same advert. Neither Bernie nor Elton passed their auditions but their talents were recognised and they were put in touch with one another.

And so in 1969 the first Elton John album was released featuring Bernie’s lyrics and the duo have now worked together on more than thirty.

“There have been periods that weren’t so good,” Bernie told the Daily Telegraph, adding that if a lyric doesn’t come in half an hour then it doesn’t come at all. Apparently Elton John is equally as impatient, with an uncanny ability to create a tune in minutes. “In the late Eighties and early Nineties we made some albums that were crap. But I’m really proud of what we’re doing now. I feel that we’ve refound our footing, and our passion.”

A storyteller rather than a lyricist, Bernie recalls how he was driving to his parents’ house when the words for Rocket Man suddenly came into his head and he had nothing to write them down. ‘She packed my bags last night preflight/Zero hour 9am/And I’m gonna be as high as a kite by then.’

Bernie Taupin is very much a private man, the antithesis of the gregarious Elton John with his gruelling worldwide touring schedule.

“I couldn’t live his life,” said Bernie in Rolling Stone magazine. “I’d rather drill myself in the head with a nail gun than do what he does.”

Bernie craves a simpler life. “You know when I’m most happy,” he told the Daily Telegraph. “It is when we have a barbecue at home and all the Mexicans who work for me come over with their families and we play volleyball and pool. No celebrity get-together could ever come close.”

The Taupin surname originates from France and Bernie’s father was educated in Dijon, later employed as a stockman by a large farm estate near Market Rasen. The family also lived at Rowston Manor in North Kesteven.

On 20th September 2017 news of Bernie’s death spread across the internet. But on 21st September his representatives confirmed that the 67-year old “joins the long list of celebrities who have been victimized by this hoax. He’s still alive and well, stop believing what you see on the internet.”

Bernie has been married to Heather Lynn Hodgins Kidd since 2004. They have two children. He was previously married to Stephanie Haymes, Toni Lynn Russo and Maxine Feibelman. 