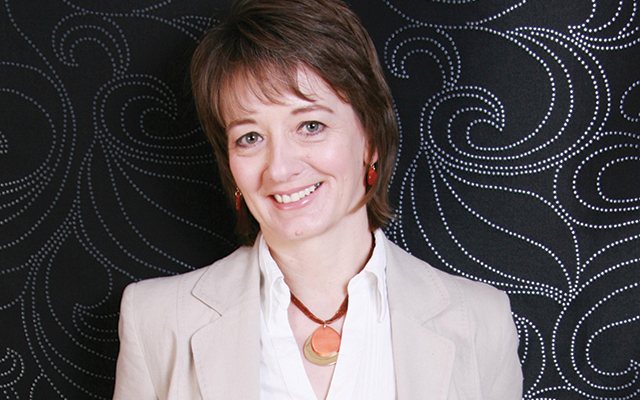 Offering more than 300 titles covering the history and culture of Lincolnshire, the web based bookseller Kay Books is about to celebrate 10 years of selling local history across the globe – but the roots of the business within the county reach back over 40 years.
Business owner Becky Elliott established Kay Books Online in 2007, in order to build on the success that her father Richard Allday had achieved as a bookseller and independent publisher since the 1970s, specialising in local interest publications.

Having a love of books from an early age, Becky would help her father with book sales at fairs in the then newly renovated Blackfriars Centre in Boston, and fondly recalls being instructed how to tie up parcels of books for returns to publishers. Her parents opened a bookshop in South Square, Boston in 1975 where Becky worked as a Saturday assistant, but the shop was eventually bought out by Oldrids. By this time, however, Richard Kay Publications offered specialist titles that were sold to local outlets, with Richard travelling the county by road to meet with clients.

When age prevented her father from keeping up with travelling sales, Becky looked towards web sales, about which Richard was initially sceptical. With the help of a government Start-Up grant, Becky approached a Spalding website creator to help her establish an online presence for her father’s stock.

Becky said: “It was natural, I suppose. It was always Dad’s hobby and there was a sense of not wishing to trespass. But as he got older and less mobile we talked about the possibilities of starting an online business. I was already doing all the bookkeeping for him by that time.”

Aware of the difficulties of generating traffic to the website, Becky began visiting with Lincolnshire publishers herself to build up relationships, and now supports Heritage Lincolnshire, Society for Lincolnshire History and Archaeology, Survey of Lincoln, History of Boston Group, Lincoln Minster and Barny Books, as well as offering self-published books through the Kay Books shop. In 2012 Becky took the reins of Richard Kay Publications and has since successfully produced several books and reprinted many old favourites – and following a personal move to Guernsey the practicality of online sales has become even more apparent.

Speaking of the advantages, Becky said: “With my moving to Guernsey, selling books to retail outlets became a lot harder. Stock takes in shops were more difficult to do and to visit all the sellers was very time-consuming.”

Kay Books sells a variety of non-fiction books covering all aspects of the county’s history and culture, including local dialect books; social, political and military history and archaeology. Many publications provide first hand accounts of life in Lincolnshire over the years, with a focus on many different types of people – from engineers and fishermen, to gravediggers and cat burglars. And of course accounts of wartime remain very popular with readers.

While Becky still visits with publishers and sellers, sales through the Kay Books Online website have opened up a wider customer base, with orders posted to Europe, Scandinavia, Australia, Canada, the USA and even Brazil. Always seeking new markets, Becky is hoping that the coming years might see local titles starting to reach India and China. In addition to being a source for purchasing a large range of interesting books, the website has also proved a valuable source of information in its own right.

The books that Becky is currently most excited about are those of the Little Will trilogy by Peter Gaston. With Volume I now reprinted as a paperback, by popular demand, the whole trilogy is available as a set, specially priced for this anniversary year. The first volume, Little Will and Clink Carrot, focuses on the childhood of the author’s grandfather, who grew up in Lincoln in the late nineteenth century. Little Will is sent out to work in the city for his joiner father at a young age, gathering timber to be used to make coffins. After an encounter with local matchstick seller Lucy, Will befriends another boy, ‘Clink’ Carrot, whose own father is in prison. From this premise, Gaston develops a tale of a difficult and eventful upbringing, of friendship and family struggles, during much harder times.

Becky said: “The first instalment is written by the grandson who learned a lot from his grandfather. It tells you a lot about what Lincoln was like in the nineteenth century and involves an extremely powerful dynamic with the father figure. As soon as you open the cover of this book, it is so readable, it is very hard to put it down and you will love the others.”

All three titles in the trilogy are available for £30 before 31st December 2017 (£8 below collective RRP). These as well as a selection of other Richard Kay Publications titles are also available to buy through the Lincolnshire Life website.

For the time being, Becky intends to carry on as usual, working with clients around the county, not only publishers and booksellers, but also other independent outlets including Uncle Henry’s farm shop, with whom Becky has established a fruitful relationship. And of course, from her home in Guernsey, Becky keeps up with online orders.

She added: “Looking ahead, one year, maybe two, I’d like to look into the world of eBooks as a marketing option. There’s nothing better than a physical book but it can help to bring these books to a bigger audience.”

Having seen the business from a more traditional perspective and now seeing the ways in which technology is shaping the industry, Becky is intent on keeping the stories of the Lincolnshire past available to new generations of readers, the world over.