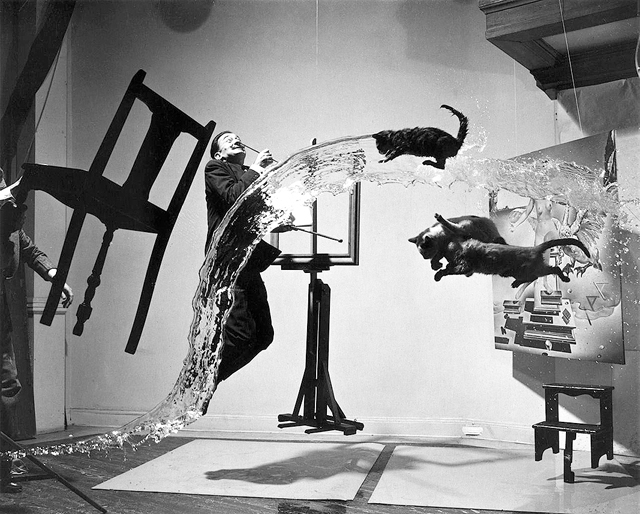 Surrealist art is well known for its dreamlike and sometimes shocking imagery. These deeply personal visions, however, also convey universal emotions.
Salvador Dali is indisputably the most famous surrealist artist of the twentieth century. Dali’s most famous trademark was his upturned waxed moustache, which only added to his eccentricity, always seeking public attention to the irritation of his critics. He is known for his ability to translate dreams into artwork and his great works help to stimulate our imagination.

He produced over 1,500 paintings in his career, in addition to producing illustrations for books, lithographs, designs for theatre sets and costumes, a great number of drawings, dozens of sculptures, and various other projects including an animated short film for Disney.

Dali’s work was thought provoking and encourages us to look twice. He cheats our minds into believing that what we’re seeing is real, yet it was his dreams and imagination, producing artwork that allows us to look through the artist’s eyes.

A MODERN SURREALIST
One young artist making his name in the art world is Israeli born artist Ruben Cukier, who describes himself as a modern surrealist artist. In the traditions of the great surrealists, Cukier’s work challenges the viewer with his emotionally stimulating images. A few art galleries are extremely fortunate to secure some of his original masterpieces and have direct access to some of his recent studio collection.

Cukier’s paintings grace some of the finest homes around the world. Incredibly appealing works, visually stunning, ideas that are created deep in the subconscious, where dreams, fears and thoughts are translated into paintings on canvas.

Ruben Cukier is a surrealist painter, born and raised in politically violent Buenos Aires. He is a member of an illustrious roster of artists whose vivid imaginations have informed their art making. Visual artists and influences include: Salvador Dali, Fernando Botero, Dorothea Tanning and writers such as José Saramago, Carlos Fuentes and Franz Kafka – all have mined the rich subconscious for imagery.

Cukier chooses colours and shades that reveal a yearning for a less superficial, less deceptive reality. The forms, dimensions and colours give shape to dreams and nightmares, and even allude to a notion of hope. Humour is used to reflect fears, habits and desires that most of us deny and suppress deep within.

The dictionary defines surrealism as a style of art and literature stressing the subconscious, or non-rational significance of imagery arrived at by automatism or the exploitation of chance effects and unexpected juxtapositions.

Unexpected juxtapositions that, at first, are baffling and thought provoking but when considered more closely, produce a frisson of recognition. We recognise our dreams, fears or thoughts that we ourselves may have experienced at one time or another. Ruben Cukier’s paintings depict images and ideas that are not only pleasing and visually stunning, but also somehow universal and timeless. Three of his masterpieces can be obtained from Elysium Gallery, Branston, Lincoln.