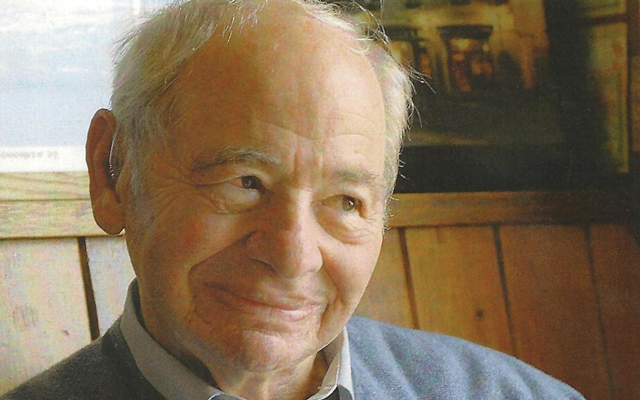 The classics and Morse…

Sandra Smith almost found the tables turned when she interviewed Colin Dexter, about his childhood in Stamford, teaching and how he stumbled into writing.
Identifying the inspiration for one of this country’s most popular detectives, ‘Inspector Morse’, is entertainingly easy when talking to its creator, Colin Dexter. For although now in his eighties, and with questionable health, he still exudes a passion for language, appreciation of the Classics and a fondness for crosswords.

In fact, during our morning together his mental agility keeps me on my toes. I’ve barely been welcomed into his modest semi-detached before the author is quoting poetry and testing my knowledge of Latin (just for the record, somewhat shaky these days). And while he rearranges piles of ‘Lewis’ scripts on the small dining table in order to make room for my laptop, the author asks so many questions, I begin to wonder who is doing the interviewing.

Finally, over mugs of coffee, we get round to his childhood in Stamford and he recalls with amusement his early aspirations: “To play the ukulele like George Formby and work as a fairground attendant, standing up without having to hang on and taking money at the same time being the most skilful job I’d ever seen.”

However, his parents had other ideas.

From their humble but happy home, Colin’s father earned a living as a taxi driver while his mother took on the traditional role of housewife. Both wanted to give their three offspring the opportunities they had never experienced.

Education played a key role in the octogenarian’s upbringing. After attending Scotgate Infants opposite the family house on the Great North Road, he moved to Bluecoat Junior School in the middle of Stamford where he developed an appreciation of the arts and literature. But it was the move to a direct grant school after passing the eleven-plus that really shaped his future. For it was at Stamford School that the young academic was introduced to ‘The Classics’.

One teacher who recognised his pupil’s potential was particularly encouraging. “Mr Sharp wrote to my parents suggesting they cancel my weekly order for the Dandy and Beano then invited me to his home each week where I could choose one book at a time from the vast library. The only condition about taking a book away was that I had to read it.”

So why is Colin sniggering? “Well, there was no mention of returning the books I’d borrowed!” Pedantic maybe, but this is a man who is infatuated with language.

More seriously, he continues, “I was pushed into Latin and Greek but loved them both. They became the general tenor of my life, both at school, university and in my job.”

Yet while Colin revelled in academia, his school years weren’t without incident. For this was war time.

“Stamford was in the middle of several aerodromes with Spitfires and Hurricanes housed close by and the Americans just a few miles away,” Colin explains. “One day in 1940, when air raids were at their height, I was with another boy when the siren sounded and we headed for the cellars in school. While the two of us ran we were machine gunned by a German fighter, a zig zag line of bullets hitting the playground.”

I shudder at the image. But not Colin. He is already fast forwarding to his National Service experience which he relates with pride. “In the Army I trained as a High Speed Morse Code Operator and was sent to Germany taking Morse code messages mostly from Eastern European states. It was interesting in an odd sort of way.”

‘Morse’ fans might be forgiven for assuming this was the beginning of the detective’s creation. But fiction wasn’t ready to emerge just yet. Instead, his duty completed, Colin headed for Cambridge to embark on a three year study of Latin and Greek before entering the teaching profession.

His first assignment was in Leicester. “I did a term’s teaching as part of my Diploma of Education. I went to a very fine school which was valuable experience. In fact, a job was going after I left so I stayed for a few years before going to Loughborough and from there to Corby in Northamptonshire, a new town then. There I became Senior Classics Master. But unfortunately I only taught for thirteen years because deafness began to blight my life.”

As Colin defies his diabetes by nibbling on digestive biscuits, he describes how he stumbled on writing. A family holiday in Wales wasn’t turning out as planned. Endless rain triggered persistent complaints from the children. So he shut himself in the kitchen and wrote the first page of a detective story.

It took a couple of years to complete the novel at which point the budding writer went back to the beginning and rewrote it. “Then I had it typed by a dear old lady who told me all the mistakes I’d made,” he laughs.

The book was posted to a publisher and acknowledged five months later by a polite refusal. Undeterred, Colin immediately submitted it to MacMillan who, within twenty-four hours, phoned with an offer to publish the first ‘Inspector Morse’ novel, ‘Last Bus to Woodstock’.

The detective books quickly gained popularity with flattering reviews followed by accolades and prizes. Colin went on to win both Silver and Gold Dagger Awards from the Crime Writers Association.

Yet there was no difficulty accommodating a second career. “I’d write after The Archers and before going out for a few pints of beer. I never did much rewriting, any changes mainly confined to punctuation and vocabulary.” Then Colin adds mischievously, “If ever I was short of ideas I always found inspiration in a bottle of Scotch!”

When his teaching career came to an end the writer moved to the Schools Examination Board, looking after the administration of Latin, Greek, Ancient History and English. But he retired early when his deafness continued to deteriorate.

Further success, however, awaited ‘Morse’. When ITV, on the lookout for a new detective series, approached the author, Colin recognised what they were after. “It was all American stuff then with car chases. ITV was convinced people wanted more brains and less brawn.”

Although the author had no input in the casting of ‘Morse’, he soon developed an admiration for John Thaw. “Clearly people identified with a detective who was more cultured than others. They liked his vulnerability. John was a wonderful man, he couldn’t understand why people thought he was a good actor and insisted the only thing he did better was learn his lines more accurately. He enjoyed playing ‘Morse’ more than anything else on TV.”

Colin’s recall is detailed and enthusiastic. But don’t think we’ve spent the last couple of hours confining ourselves to his work and the iconic detective. While Dorothy, his wife of over fifty years, has shopped and cooked, the writer has touched on sporting memories (“I wanted to open the batting for England but wasn’t quite good enough”), charity commitments and his OBE. Not to mention Churchill, his disregard of faith and some strong political leanings.

But a smattering of humour is always hovering and as I leave Colin chuckles, “These days my idea of excitement is a couple of history dons arguing outside the Ashmolean.”

Hardly surprising that we’re both smiling as he waves me goodbye.