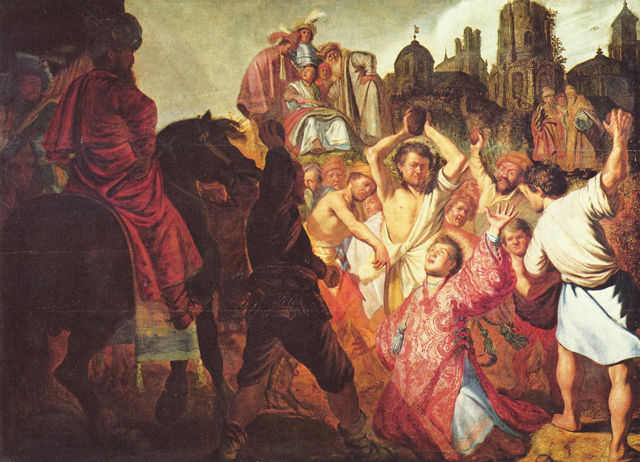 The Love of Art – A feeling beyond words

I’m Peter Segasby, an artist with an insatiable love of art and co-owner of a gallery in Branston, Lincolnshire. I’m delighted to have been asked by Lincolnshire Life to write a series of articles on art over the coming months. I’m often asked “What makes you so passionate about art and especially paintings by the old masters such as Rubens and Rembrandt?” My stock response is always, “It’s an indescribable feeling of mixed emotions.” However, as a foundation to these articles, I will attempt to share the emotions I’ve experienced in more detail.
My excitement when visiting an art exhibition is almost like the anticipation of a romantic meeting with someone for the first time. A tangible sense of attraction and excitement mixed with trepidation. Getting up close to see the fine detail unravelling with your eyes and feeding your imagination as you explore the canvas, whilst at the same time admiring the content, technique and draughtsmanship. The painted surface – a single framed image telling the story – combined with a sense of history and the life of the artist is a bubbling pot of sheer emotion, influenced by an analytical mind eagerly exploring the truth and secrets behind the image.

Perhaps, you can now understand why I sometimes resort to a simple response when challenged to define what makes me passionate about art. My imagination takes me on a journey, drifting in and out of the possible realities. The describable truth is only part of the story, I sometimes feel exhausted having met with real genius in the true sense of the word. I’m humbled, sometimes drawn to tearfulness; and as a living artist I come away feeling certain inadequacies about my own abilities to be creative.

I am a romantic; so please let me tell you about the artists I truly love. Equally, I would welcome your views and opinions, no matter how frank! Do take the opportunity and respond to this editorial, especially if you have experienced similar emotions.

REMBRANDT HARMENSZOON VAN RIJN – BORN LEIDEN, NETHERLANDS 15TH JULY 1606–1669
After reading Rembrandt’s biographies, visiting his exhibitions and seeing his work close-up, and imitating two of his most famous portrait paintings, I feel a strong sense of connection and empathy with the artist. There’s lots written about Rembrandt owing to his undisputed genius for self-portraits, portraits and biblical scenes. He is certainly one of the greatest painters in the history of European art. In this context, I personally want to explore his ordinary everyday life in artistic pursuits rather than his documented genius.

Rembrandt was the second youngest of nine or more children of a miller, Harmen Gerritsz van Rijn, and a baker’s daughter. Aged thirteen Rembrandt enrolled at the Latin school and then went to Leiden University. He promptly left after a few months to pursue his true passion as a painter. After first serving a three-year apprenticeship with painter Jacob Isaacsz Van Swanenburgh, who studied in Italy, in 1624 he went to Amsterdam to work with Pieter Lastman, a painter of biblical, mythological and historical scenes – Lastman’s ability to tell a story visually impressed the young Rembrandt. Pictured above: The Stoning of St Stephen shows how Rembrandt, at age 19, shows a successful imitation of the style of Lastman, who died in 1633.

In 1625 Rembrandt was also working independently in Leiden, and associated with Jan Lievens (1607–1674), also a student of Lastman. Both used the same models and worked on each other’s paintings. Even in their lifetime it was difficult to identify who painted which work.

SASKIA VAN UYLENBURGH WAS THE WIFE OF PAINTER REMBRANDT VAN RIJN
Around 1632 Rembrandt moved to Amsterdam, where he had already achieved recognition as a portraitist. His career further prospered after his engagement and marriage to a well-to-do young woman, Saskia van Uylenburgh. In 1639 the young couple set themselves up in a fine house in the Breestraat, now maintained as a museum, the Rembrandthuis.

Rembrandt collected works of art, armour, costumes, and curiosities from far places. Some of these objects were used as props in his paintings and etchings, examples of which are shown in the painting of Rembrandt’s father dressed in military costume (see image on right). His subjects would be transformed into royal artisans with rich furs, silks, fabrics, headwear, uniforms, spears – everything to convey the appropriate story.

Rembrandt’s works purposefully challenged the enormous reputation of the painter Peter Paul Rubens (1577–1640). This is most clearly expressed in the scenes from the Passion of Christ (1633–1639).

REMBRANDT’S MAJOR LIFE DISASTERS
Rembrandt had three children who died in infancy. Saskia his first wife gave birth in September 1641 to a fourth child, Titus, and she died soon after in June 1642. His former housekeeper and lover Hendrickje Stoffels, first mentioned in connection with Rembrandt in 1649, remained with him until her death in 1663. She left a daughter, Cornelia, born to them in 1654.

Evidence from 1653 and later shows that Rembrandt had financial difficulties and had to auction some of his prized possessions in December 1657. Three years later Rembrandt, Titus, and Hendrickje had to move to a much smaller house. Titus died 1668.

The first Anglo-Dutch War in 1652-54 – when England battled the Dutch Republic – compounded by Rembrandt’s painting style falling out of favour, contributed to his financial difculties; so much so that Rembrandt’s later years of life were impoverished. However, the lonely Rembrandt continued to paint regardless, still producing some incredibly important work. His last self-portrait is dated 1669.

Rembrandt died in Amsterdam on October 4th 1669 and his painting Simeon with the Christ Child in the Temple was left unfinished on his easel.

In January 2015, I visited the National Gallery in London to see Rembrandt’s late work – breathtaking, I experienced goosebumps and the feelings I conveyed earlier. For many years as an artist I shied away from imitating the great works of Rembrandt, until last year when I painted two of his most loved subjects: Saskia, his first wife, and his beloved father Harmen Gerritsz van Rijn.

This article is not intended to give a full historical account of Rembrandt’s life or a chronological list of his works, however important; hopefully it reveals a true sense of his commitment to art, a man with a passion who lived and breathed art until he died, regardless of the difficulties and obstacles he had to overcome. I hope this short overview uncovers some aspects of Rembrandt and his life as a painter and as a man of great fortitude.