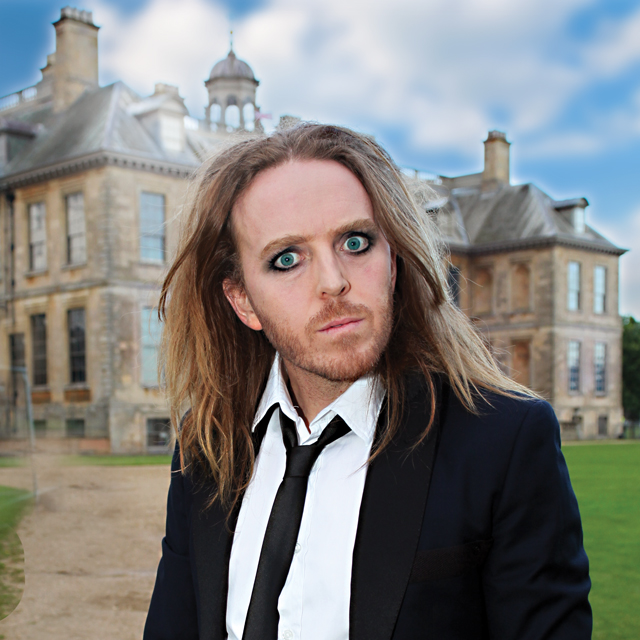 The event starred Australian comic, Tim Minchin, famed for his wild hair and Kohl-rimmed eyes, and his large band. As soon as Tim took to the stage, the audience roared their approval and he kept them amused for the evening with his witty banter and lyrical, satirical songs. His act covered topics like environmentalism, rationalism, prejudice(ism), logical fallacies(ism) and his amour de fromage et de boobs(ism), with the audience joining in and dancing to their favourite ‘tunes’.

Tim also gave the audience a taste of the other side of his persona, musical songwriter, when he performed songs from his multi Olivier Award-winning musical ‘Matilda’. The evening concluded with a light show projected onto the side of Belton House.

“The weather held and Tim gave a fantastic performance, keeping the audience amused with his witty repertoire of songs from start to finish.

“This was Tim’s first foray into outdoor comedy too; speaking to him after the event, he was delighted with how it all went and said he thoroughly enjoyed his visit to Belton House.”