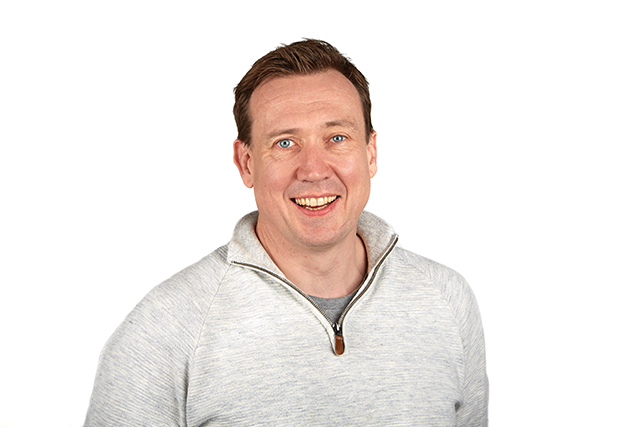 25 years tuned into the county

As Lincs FM presenter John Marshall begins his silver anniversary year with the station, he met Caroline Bingham to talk about his career and how broadcasting has influenced his life.

Question: How did you start out as a DJ and can you recall your first time on air?
Answer: My first job was actually in computing but I became friends with Dave Roberts, the DJ at Vienna nightclub in Lincoln, and I managed to persuade Dave to share some of his knowledge with me. We used to DJ in clubs and at gigs around the county. I also got a Wednesday night slot, 9-11pm, on hospital radio at the County in Lincoln. The equipment was excellent there and although the audience was captive, so to speak, it was a great training ground.

Tell me about your first show on Lincs FM.
I began to submit demo tapes to David Lloyd at Lincs FM who gave me feedback as to where I was going right or wrong. I like to think I improved rather than wore him down but I was offered a graveyard shift of 5-7am on a Sunday morning. For a while I was in three roles: managing IT, the Sunday show, which was extended to 9am, and swing shifts providing holiday cover for other presenters. Lincs FM was expanding rapidly with new licences and I then went to Doncaster for a while to present a breakfast show there. In 1998, I took over the Breakfast Show 5-9am from Paul Chivers, which meant a 3.30am start each day. I did that for 13 years.

What is the most rewarding part of the job for you?
I do like talking and having an audience as well as music, so radio offers the whole package for me. Radio delivers the listeners throughout the day; at breakfast looking for quick updates and a bright start and now on the mid-morning show I engage with those listeners in their workplace or as they get on with jobs at home. The presenter makes the difference for the listener between just listening to a playlist on a device and being engaged and entertained by radio.

How about changes in your own life in those 25 years?
One of the reasons I switched from the Breakfast Show to mid-morning was the birth of my now teenage daughter, Eleanor. Having a family changed my priorities and those early mornings with a young child were draining for my partner Angela Bryceland and myself. As listeners will know, Angela died of cancer in 2019, six years after her disease was diagnosed. I am now a single parent and Eleanor and myself have had the most wonderful support from relatives, friends and St Barnabas Hospice who cared for Angela in the final stages of her life. Eleanor and I ran the Colour Dash Fest in memory of Angela, at the Lincolnshire Showground in 2020, to raise money for the hospice.

You have completed many promotional events for Lincs FM. Which stand out most for you?
I think it has to be the 24 Hours for 24 Years Cash for Kids challenge earlier this year when I completed 28 hours in the end, continuously on air. It was a real team effort with other presenters involved too and local businesses were dropping off food to keep me going. We raised over £30,000 once Gift Aid was included, all for local children’s charities. I love compering live events too and one that really sticks in my mind was when Westlife played Sincil Bank. It was my birthday and the crowd sang Happy Birthday to me. Wonderful!

You must have interviewed many famous names.
Radio has given me the opportunity to interview a whole spectrum of artists from local up and coming musicians through to global stars like Beyoncé, Coldplay, Take That and Pink. They have something they want to promote so they have all been very generous with their time and answers. I have become friends with the guys in Scouting For Girls and am going on tour to Ireland with them again this autumn. I was also their compere at a Rewind Weekend at Butlin’s and their Close-Up gig for Lincs FM.

At home what styles of music do you listen to by choice?
My favourite band is Erasure, who I have interviewed many times. When you hear music as much as I do you have a broad music knowledge, or so I thought until we got beaten recently at a Music Pub Quiz – but that is another story. I relax by cooking, as anyone who follows me on social media will know. I have a Kamado Joe BBQ, which I cook more or less everything on. Rubs, sauces, rotisserie chicken – yes, maybe if I hadn’t been a DJ, I might have been a foodie of some description.

Do you have a favourite day out in the county?
Eleanor loves a traditional seaside trip to Skegness, so when we go we head for the fun fair and finish the day with fish and chips of course.

If you could travel anywhere in the world, what would be your dream destination?
Before Eleanor was born, I took Angela on holiday to Mauritius. We stayed in a fabulous hotel where the 7-star service even included a member of staff cleaning your sunglasses as you sunbathed. It was so beautiful, I would love to take Eleanor one day just to show her where we stayed and had such a memorable holiday.

You can listen to John Marshall on Lincs FM weekdays from 10am to 2pm and Sunday morning 8am to noon.