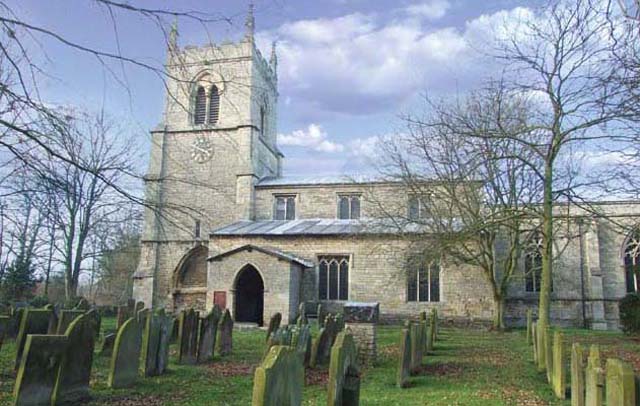 Genuine charm and rural appeal define Nettleham
It was over sixty years ago that Arthur Mee referred to Nettleham as Lincoln’s ‘red-roofed neighbour’ and he was impressed by the same aspect of this beautiful spot as most visitors are today – the brook and the little bridges, which establish a special kind of attractiveness and peace. My first visit to the village was in 1975 and I walked there from Riseholme. The impact was wonderfully appealing and it has to be one of the most picturesque Lincolnshire locations.

Nettleham has a colourful history too. Guidebooks invariably mention its connection with one of the most ghoulish events in the county’s history: the hanging of the killers of the Lincoln post boy Thomas Gardiner at Faldingworth in 1732. The men convicted were Isaac and Thomas Hallam, whose criminal careers were chronicled in the famous Newgate Calendar in the 1820s. Isaac was hanged and gibbeted at Nettleham. The post boys of Lincoln had been out in force to raise the search for the killer of their colleague, and the story raised awareness of just how vulnerable these boys were, travelling alone through the country lanes around the city.

But that is simply one dark chapter in what has otherwise been a history forever linked to matters ecclesiastical. Bishop John Dalderby was the first lord of the manor, way back in 1300, and even earlier than that, the place had been given to the king in 1101, and the Chapter House of Lincoln Cathedral was the scene of a parliament in 1301. Nettleham’s early history therefore has several links to important events, and the Bishop’s Palace was sited there until 1585. Medieval Nettleham had certainly seen some formative events in British history. The future Edward II was created Prince of Wales while his father was staying in the Bishop’s Palace, and the first manor house had been owned by Edith of Wessex, the wife of Edward the Confessor. In fact the manor house again became caught up in national history, when it was damaged during the great Lincolnshire Rising of 1536.

Not long after that the manor house was demolished and, as Arthur Mee noted, ‘With the departure of the bishops to their palaces at Buckden, Lincoln, Nettleham settled down to a more humdrum existence.’

Church affairs still made the headlines in the Victorian years and the debate over pluralism extended to the village when, in 1859, letters to the press referred to the death of the Rev GT Pretyman, whose preferments in the clergy list included a large sum of money from his Chancellorship of Lincoln and his Nettleham responsibilities. An anonymous writer to The Times calculated that Pretyman, who was a canon of Lincoln Cathedral, earned £2,239 per annum and he commented, ‘he provided for his own, especially for those of his own house.’

All Saints Church stems from an original Saxon church and later in the thirteenth century the arches were built; the walls and roof were developed substantially in the fifteenth century (the latter restored in 1881-2). In Pevsner’s great survey, he noted with admiration the Victorian additions: ‘The aisle windows and chancel windows are all Victorian… the chancel was restored and lengthened in 1882 by Bodley and Garner and then received its large decorative windows with flowery tracery.’ The clock on the south face of the tower is also Victorian, dating from 1850. In contrast, the east wall clock is much more recent, being made in the 1980s.

Pubs always play a part in a locality’s identity and culture, and this applies to Nettleham. Even the name of The Black Horse suggests history stretching back centuries. There were pubs with that name as early as the fourteenth century, and in the seventeenth century, the name referred to the 7th Dragoon Guards who had black collars and cuffs on their jackets. It was also a sign used by the bankers of Lombard Street – and is still so today, of course, as the symbol of Lloyds TSB Bank. The Good Pub Guide refers to its ‘superb menu’ and ‘friendly olde worlde feel.’

The White Hart also suggests times gone by, being originally built as a private residence in 1722; at one time it was even used as a gaol. Now it is part of the ‘Tastes of Lincolnshire’ initiative, participating in the awards and marketing projects. The name White Hart is often related to the inn with that name in Spalding, but in fact, over the years, The White Hart has become a generic name for all inns and taverns – a phrase suggesting the appealing qualities of a proper, comfortable and welcoming drinking place. As with The Plough, a listed building dating from the seventeenth century, beamed and cosy, the best comment is that while many pubs in the greater Lincoln area have closed in recent years these traditional hostelries are surviving.

Any account of the village cannot avoid mention of the Nettleham Woodland Trust. A conservation area was established in 1969, indicating an awareness of the importance of saving the rural environment for recreation, as far as possible. Then, in 2006 the Trust was founded, with this aim, expressed in the words of the Trust in their official wording: ‘providing the people of Nettleham and the neighbouring villages with a much-needed amenity for recreational purposes.’

A few years ago, children from Ermine Primary School took part in the work of planting 100 saplings in their school grounds; at the time, Rod Newborough, the advisor from the local branch, explained the benefits of such activity by saying that, ‘Within five years the trees will be around four to five feet tall, then in twenty years the children will be able to walk underneath the branches.’

Many Lincolnshire villages are showing an acute awareness of the urgent need to preserve their local environment, working hard to maintain traditions and identity, while at the same time valuing modernity where it is positive and beneficial.