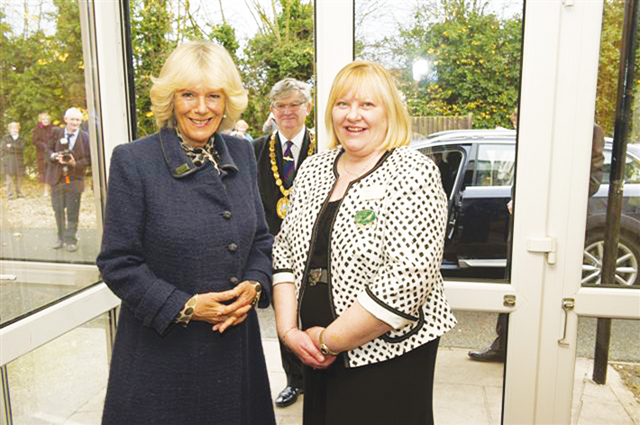 A century of the WI

As birthdays go, 100 is an amazing milestone to reach – but that’s not the only special thing about the Women’s Institute (WI), which celebrates its centenary this year.
With almost 5,000 members across Lincolnshire and a further 1,400 in Humberside, the group is the UK’s largest women’s voluntary organisation.

Females aged eighteen upwards join to make new friends, learn new activities and campaign on the issues that matter to them and their communities.

Since its inception the WI has focussed on the education of women and the sharing of skills. None of that has changed during the past century – although the way that meetings are run, their venues and group activities have altered in order to keep up with the demands of modern women and their family lives.

“The whole concept of the WI is still the same – we’re nurturing women to get the best out of life, to get an education if they want to. It brings them out,” says Angela Tubb, media officer for the WI’s North Lincolnshire Federation.

“Many ladies have probably been successful at work, but now with the WI a whole new world has opened up to them, with skills they can enhance. We have Denman College, in Oxfordshire, where members can go on courses – there are just so many opportunities.

“You get out of the WI what you want; you can be as involved as you want, you do not have to take on a leading role – unless you want to!”

The WI movement started in Canada in 1897, when it was set up to help bring women from isolated communities together, offering training in home economics, child care and aspects of farming. The organisation came to the UK in 1915, when the very first meeting was held in Anglesey, Wales, on 16th September, with the intention of encouraging women to get involved in growing and preserving food – to help increase the supply of food to our war-torn nation.

Once the war was over the newly formed WIs began to concentrate on planning programmes of activities to suit their members. This new organisation attracted members from the Lady of the Manor, to her housemaid and cook; from the local shopkeeper to the wife of the farm labourer. Working together in the WI helped to break down the social barriers between countrywomen who had rarely met in the past. Women had now received the vote (at least those over the age of thirty) and the NFWI was anxious to encourage women to become active citizens.

Lincolnshire’s oldest groups – including Branston and Colsterworth – date back an impressive ninety-eight years, while many more, newer modern branches have been launched since the organisation shed its stuffy, older image – including Louth’s Rolling Scones, and the Bridge Buns and Roses, who meet in Sutton Bridge.

Due to its vast geographical size, the county is split into three WI federations – Lincolnshire South and Lincolnshire North plus the Humberside Federation. There were previously several groups following the county’s district boundaries, but these were slimmed down to just two in 1977.

The South Federation, with head offices in Sleaford, has sixty-eight institutes comprising around 2,000 members, while its northern counterpart, covering Lincoln city and the Wolds, has eighty-four WIs with up to 2,500 members. The Humberside Federation – which is based around the South Bank of the Humber – is home to forty-four WIs and around 1,400 members.

Members say its ability to adapt to the modern world has led to a resurgence in recent times – gone are the days of old ladies in twinsets, drinking tea; today’s members are more likely to be found going on excursions, campaigning at 10 Downing Street, singing in a choir, or serving cream teas at a Harley-Davidson bikers’ convention – if they’re members of the South Federation!

The hugely popular Calendar Girls film – the true life story of one Yorkshire WI, where members posed for a nude fundraising calendar – helped spark this revival, along with the organisation’s ability to harness social media and reach out to younger women.

“We are involved in lots of things – we’ve campaigned on issues as wide-ranging as the honeybee, midwives and lobbying MPs. We try to take on what is current,” says South Federation chairman Debbie Venn.

“People do not realise we do educational things, social things – there’s a freedom of choice about how much you do.

“One lady recently came up to me to thank the WI – she’d lost her husband a couple of years ago and didn’t know what to do, so she joined. She said it had been a total lifeline, which she would never have thought about doing before, and said it had really helped her.

“And that’s what we are there for. It’s not just a lot of old women sitting around an office. We’re here to help other people too.”

Each WI has its own events planned throughout the year including celebratory lunches, concerts, quizzes to mark the organisation’s milestone anniversary, while a special centenary AGM is being held at the Royal Albert Hall.

The South Federation is also hosting a special centenary exhibition at Sleaford Council offices on Saturday 19th September, for which all its WIs have been invited to submit items for display.

For more information about the Women’s Institute visit www.thewi.org.uk

What more proof could you need of the WI’s appeal to women of all ages than one Lincolnshire family with three generations attending the same village group?

Beauty therapist Rebecca Main (46) joined the organisation six years ago, after she was widowed. She was encouraged to attend her local WI in Rippingale, near Bourne, by some of her customers and hasn’t looked back.

“Some of my clients suggested I go along to enhance my social life. So I did, and I quickly realised what a good time everyone was having. We have quite a large group with around fifty-four members, but there are always theatre trips, trips to the ballet and shopping days down to London going on,” said Rebecca, who has also been branch president for the past three years.

And It wasn’t long before her mum Jenny (68), a retired garden centre worker, saw what fun she was having and decided to join too. They were soon followed by a third-generation family member: Rebecca’s daughter, Lucinda (22), a graphic designer, who signed up a couple of years ago after seeing the organisation shed its stuffy image.

“Even though we’re a close family, all of us being members of the WI has brought a new closeness to our relationships,” adds Rebecca.

“We’ve gone to places and done things together that we might not otherwise have done. It’s just brilliant.”