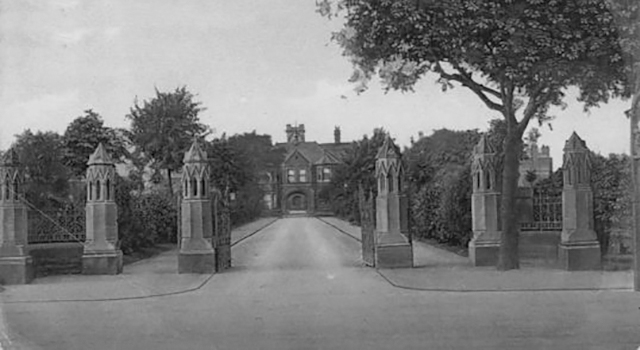 A hard life in the workhouse…

Various parliamentary acts were passed during the 16th century attempting to curb begging and also to place on local parishes responsibility for providing relief for the poor.
This was to be funded by a ‘poor rate’ from local property owners, a forerunner of the old domestic rates and the current council tax. Materials were to be provided – wool, hemp, flax or iron – to set the able-bodied poor to work under threat of the ‘House of Correction’ (prison) for anyone refusing. The work was carried out in premises we would now call workshops.

Houses were to be provided for the ‘impotent poor’; that is, those unable to work through old age or ill health. Most parish poor relief was distributed as ‘out relief’ – handouts in the form of money, food, fuel or clothing to people living in their own homes. However, gradually the idea evolved of providing the poor with both work and lodging in a single establishment, often the former being required in return for the latter; the workhouse was born.

Life in the workhouse was harsh, to ensure that only the truly destitute would apply. Men, women and children were segregated, rarely, if ever, to meet. But in areas such as free medical care and education for children, neither of which was available to the poor outside the workhouse until the mid-twentieth century, workhouse inmates had a clear advantage, which caused much resentment.

On arrival at the workhouse, new inmates were given a bath and a medical, their clothes were confiscated and they were issued with a heavy workhouse uniform. Daily life was conducted according to a strict timetable, typically along these lines: up at 6am, breakfast 6.30am, work 7am–6pm with a one hour break for dinner, supper 6pm and bed at 8pm. Women’s work was generally confined to cooking, cleaning and laundry, while the men were put to work stone breaking, corn grinding, gypsum crushing, oakum picking and bone crushing.

The diet in a workhouse varied from one place to another but this is the No 3 diet recommended by the Poor Law Commission in 1836: breakfast, bread and gruel every day; dinner, meat and vegetables two days a week – soup, bread and cheese on the other days; supper was always bread and cheese. Beer was often given as a drink because the quality of the water was so poor.

A 1782 Act of Parliament encouraged parishes to group together to develop joint ‘Union’ workhouses, controlled by a Board of Guardians, one from each member parish. Lincolnshire had a fair number of workhouses. Grimsby was originally part of the Caistor Poor Law Union, but in 1890 increasing population led to the creation of a separate Grimsby Union and a new workhouse and infirmary was built on Scartho Road. In 1948 it joined the NHS as Grimsby District General Hospital.

From 1735 to 1838 No 1 Church Walk was Horncastle’s parish workhouse. The Horncastle Poor Law Union was formed in 1837 and the Guardians soon identified a site on Foundry Street for 200 inmates. In the 1930s the site was converted to a children’s home known as Holmeleigh.

The Holbeach Poor Law Union was formed in 1835 and a new workhouse for 386 inmates was built on Fleet Road in 1836/37. After 1904, in an attempt to remove the stigma of having been born in a workhouse, the Registrar General decreed that the birth certificate of such individuals should carry a euphemistic address as the place of birth – in the case of Holbeach this was ‘The Shrubbery’, Fleet, Lincolnshire.