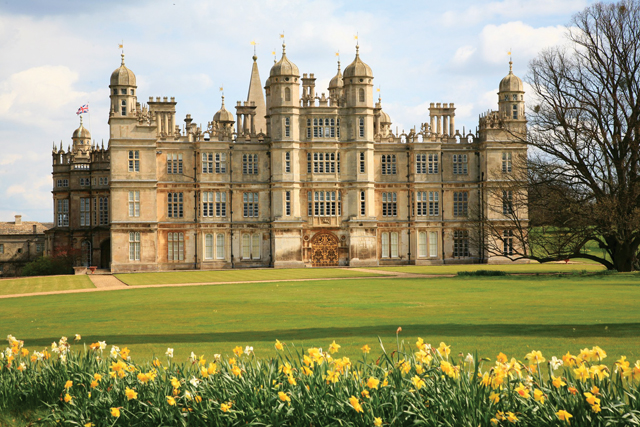 Such is the magnificence of Burghley House that even those close to it never cease to be enthralled. Miranda Rock, the present châtelaine of Burghley, who grew up in this majestic Elizabethan house of golden stone, is one.
“Even now, each time I drive into the park, I am always amazed that we live here – it is such a romantic and magical house,” said Miranda, who looks after the House on behalf of the Burghley House Preservation Trust, the charity established to preserve the house for future generations by her grandfather, the Sixth Marquess of Exeter. And it is he who will be the centre of attention at Burghley this summer.

As well as being remembered as a popular Member of Parliament, the Sixth Marquess, known as David, Lord Burghley before he inherited the title from his father, was also a celebrated athlete. He won an Olympic Gold medal in the 400 metre hurdles in 1928 and in 1948 was the chairman of the organising committee for the Olympic Games, the last time they were held in the British capital. To tie in with this year’s London 2012 Olympics, Burghley House is hosting a special exhibition to honour Lord Burghley’s athletic career.

“We are making the most of our Olympic connections,” said Miranda. “The exhibition is a wonderful reflection of my grandfather’s success. Even though he was a modest man I think he would be thrilled by the exhibition – it is such a big story.”

It is not the only thing that will be big at Burghley this summer. The park will be hosting its own ‘Great Olympic Garden Party’ the centre of which will be a Big Screen. For twelve hours each day, for two weeks, the Big Screen will transmit the action from London and for those that are lucky enough to live locally there is the attractive offer of a season ticket. People are invited to bring a blanket and a picnic, although refreshments will be available.

“Anyone can turn up on any day and after having the opportunity to take time to look around the house and enjoy the exhibition as well, they can spend as long as they wish in the gardens,” said Miranda.

Burghley’s equestrian connection, through its famous Land Rover Burghley Horse Trials, may mean a busy few days in the garden – what better and more apt place could there be, for those without tickets to Greenwich Park, to watch the Olympic equestrian events?

“Hopefully the Olympic Eventing will increase awareness of the sport and the Horse Trials. Even though Burghley has such a core of diehard followers I am sure people will be more enthusiastic as a result and as few will actually have been able to visit the Olympics, the Trials is an opportunity for people to enjoy the sport more locally. I am sure there will be a presence of members of the British Olympic Team at the event and hopefully there will be good news of medals won.”

The Big Screen will not only be showing Olympic action, however, as four family-orientated film nights are planned. Not surprisingly one will be ‘Chariots of Fire’ whose famous opening scene, the sprint around the Great Court at Trinity College, was inspired by Lord Burghley, the only person to achieve the run during the time it took the college clock to toll twelve o’clock.

Miranda is clearly looking forward to the summer. “I most certainly am keeping the two weeks free and plan to be out in the garden, with the children, as much as possible.”

The gardens provide Miranda with one of her favourite aspects of looking after the house. “I sneak out into the garden every day,” said Miranda, who admits she was not formerly a ‘gardener’. “I am learning – although it is a steep curve – and I am becoming especially interested in the trees.”

One major ongoing project is the planting of trees to complement the park’s famous Capability Brown landscape.

“We tend to imagine that trees are going to be there forever but I have learnt and realised that is not the case, especially with the dreaded honey fungus,” said Miranda, undaunted by the large scale issues involved in caring for such an historical house and park. “Long-term planning and big decisions are sometimes easier to solve than smaller day-to-day problems and I like planning for the future.

“The house has been here for 500 years and we are but a moment in its history; it’s about what we can leave behind,” said Miranda, who is inspired by her antecedents. “I take inspiration from the fantastic things my parents achieved, such as planting the new avenues and renovating the Brewhouse and of course from my grandfather. He was someone who did great things and importantly for the right reasons.”