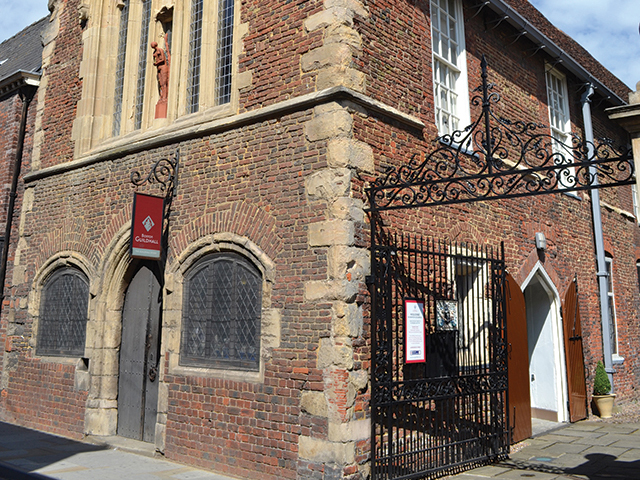 A Mayflower display – and a discovery

Stephen Wade’s latest report on the county’s Mayflower events reveals new research.
Anyone who visits the Boston Guildhall exhibition on the Mayflower Pilgrims will see the expected holding cells, with the whitewashed, thick walls and the barred iron doors swung open, inviting a peep into the compelling story of the Pilgrims’ sufferings. But the exhibition has much more – including a surprise element recently discovered by curator Luke Skerrit, after a visit to Lincolnshire Archives.

As Luke told me in his account of his “find,” it turns out that the key figure in the story is Boston draper, Leonard Beetson. Luke found out that the Pilgrims were in Boston for three months before their arrest. When the now very famous leaders were arrested and held – William Brewster, Richard Clyfton and Thomas Helwys – Beetson was with them.

Luke explains the importance of Beetson for the Mayflower story, referring to his discovery in the archives: “It was this document and the leads it provided which proved to be the first step in uncovering the story… This showed a completely different relationship between the Pilgrims and Boston.”

The story adds to the global importance of the Pilgrims’ story, notably with regard to the United States of course, and Luke adds, “Beetson… is the thread between the Pilgrims and the foundation of Boston, Massachusetts by the congregation of charismatic Boston vicar John Cotton.” The already massive-scale interest in our own Boston will surely burgeon even more as research like this continues to be uncovered.

The exhibition has everything the visitor might expect: glass cases with ancient documents inside and plenty of information along the walls, but surely what will intrigue everyone now is that man Beetson. Luke Skerrit’s work has added a whole new dimension to the county’s Mayflower connections.