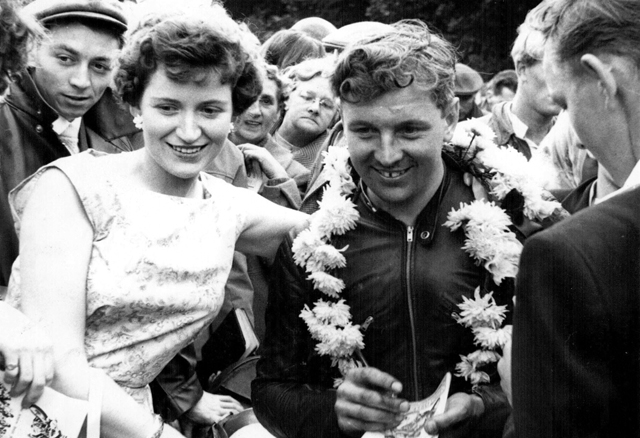 He may only be 12, but as Kate Chapman reports that hasn’t stopped Codie-Lei Eastick lighting up the silver screen and putting in a magical performance in the new film adaptation of Roald Dahl’s dark fantasy novel The Witches.
With co-stars including Academy Award winners Anne Hathaway and Octavia Spencer, Codie-Lei admits he was a little nervous about his first few days on set, but soon got into the swing of things and loved the whole experience.

The youngster, who comes from Boston, plays Bruno Jenkins in the new Warner Brothers take on the Dahl classic, which was released as a premium home rental in the UK on 26th October, just ahead of Halloween.

“When I heard I was going to be auditioning for the film I read the book and watched the film over again, so I could see what kind of things I might be doing,” says Codie-Lei.

“I did several taped auditions and then went down to London to the studios to meet the director and some of the team.

“When I got the call to say I got the part it was brilliant! I love Roald Dahl’s books – The Twits, Matilda and The Witches, they’re fantastic, so it’s amazing to be involved in this new version!

“We filmed last year in the Warner Brothers Studios in London – it was a bit nerve-wracking, but I soon got used to it, and everyone was great.

“Anne Hathaway was lovely – she gave me a lot of great advice about acting, how to say certain lines and also getting into character and then after every take she gave me a high-five! One of the other children cast was Jahzir Bruno and we became such great friends, it was a wonderful experience.”

The Witches first landed on cinema screens in 1990, starring Anjelica Huston, while the new adaptation is directed by Robert Zemeckis, whose credits include Back to the Future and Forrest Gump, and stars Hathaway as the Grand High Witch.

The story, written by Dahl in 1983, tells of a boy who comes face to face with a group of witches in a fancy hotel, who have an evil plan to turn children into mice before exterminating them. Teaming up with other children and his grandmother, the boy hero fights to thwart their terrible scheme – but that isn’t to be so easy after he’s transformed into a rodent by a magical potion.

Filming was completed on the picture last year but unfortunately due to the Covid-19 pandemic Codie-Lei missed out on attending a glittering film premiere, much to his disappointment, although he was still able to take part in an online showing instead.

The Witches is not the youngster’s first role on the big screen; Codie-Lei made his movie debut in September 2018, when he was cast as Young Watson in the Columbia Pictures movie Holmes & Watson starring Will Ferrell and John C Reilly.

But his passion for acting began way before that – when he was just a toddler.

He said: “I was about three years old when it all started. I began dressing up in superhero costumes and re-enacted the story of Superman and other superheroes around the house.

“My Mum and Dad both thought I was way too dramatic and decided I perhaps ought to get into theatre school. That’s when I first met my agent, Abi.”

Codie-Lei was seven when he joined a theatre academy in his hometown of Boston run by Abi Kingsley-Parker. Two years ago, she launched AKP Management Agency to give Codie-Lei and her other acting students the opportunity to be cast for TV and film roles.

“Codie-Lei’s love of performing was very apparent to me, which is why I invited him to begin private acting training at my drama school, AKP Performing Arts,” says Abi.

“He has been studying towards his LAMDA acting exams and taking regular coaching with me ever since. He is an absolute joy to work with and has me laughing all the time!

“Codie-Lei was submitted for the role of Bruno in The Witches when the casting opportunity came around in November 2018. He worked hard on the scenes he was sent to learn and loved the character of Bruno. He is a quick learner when it comes to scripts and enjoys exploring roles in particular!

“Codie-Lei has a great team of support. His parents Grant and Lucy are extremely proud and very supportive of his career – he has a super family who are all 100 per cent behind him too!”

Codie-Lei, who is home-schooled, is currently working on a voiceover for an educational animated film, in which he is taking the lead role, and is also auditioning for more movie parts. And when he’s not acting he loves getting involved in all the usual pastimes enjoyed by 12-year-old boys, including playing with his friends and cousins and playing on his Xbox as well as building with Lego.

“I love being in front of the camera – probably more than performing in front of a live audience, as I feel a bit more nervous then, so I think I’d definitely love to do more films and TV work,” he said, “I enjoy everything about acting and I especially love getting to meet new people all the time.

“It doesn’t bother me being away from home when I’m filming, I’m excited to be on set. “While we were filming The Witches there were days when I wasn’t needed and it was just boring staying in the hotel room. I’d have even been happy just going down to watch – in fact I didn’t want to leave and come home!”

As well as management in the UK, Codie-Lei is also represented by James Symington of Symington Talent Management in LA and would love to work in the film industry over in the United States too.

“Tom Holland, who played Spiderman, is one of my absolute favourite actors and definitely someone I look up to – I’d love to work with him one day,” adds Codie-Lei. “And I’d love to work over in America as well, that would be absolutely fantastic, a dream come true.”