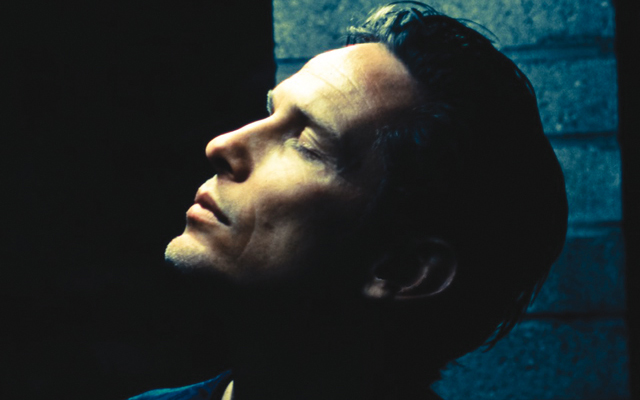 He’s made his name in some of the nation’s favourite shows, now Lincolnshire-born actor Jonathan Kerrigan is relishing the chance to play some darker characters.
The forty-two-year-old who grew up in North Hykeham is best known for the role of PC Rob Walker in ITV’s long-running primetime drama Heartbeat which he starred in from 2004 to 2007, while his other credits include Casualty, Merseybeat, In The Club as well as the 2013 film Diana.

Jonathan is due back on our screens later this year in the second series of Kay Mellor’s drama In The Club – which centres around a group of expectant parents that meet at pre-natal classes – and is currently filming a ten-part drama for Sky due to be screened next year called The Five, in which he plays the husband of one of the main characters.

“My character in The Five is not very likeable, he’s a brash American, so it’s a nice departure for me,” says Jonathan, who is married to actress Shelley Conn, with whom he has a three-year-old son Oscar.

“When I left Heartbeat I got taken in a certain direction, and I had a great time doing the things I was doing, playing nurses and doctors, and being part of a series.

“But I wanted to change the type of character I was playing; so I took a break and then some smaller parts and it’s taken me a few years, but it’s nice to think my decision has started to pay off.”

Jonathan, whose first TV appearance was in 1996, credits his older brother for first getting him interested in acting.

“I was very keen on football, but my brother was always doing school plays and amateur dramatics, so I was looking up to him, and wanted to emulate him,” he recalls.

“I was part of Imp Youth Theatre which met after school, and as part of that we won a Lloyds Bank Theatre Challenge award for a play we’d written and put on, and the prize for that was to go to London and perform at the National Theatre on the Olivier Stage. This was around the time of my A Levels.

“It was absolutely amazing being on that stage, and it was then I realised I really liked the vibe, and it’s fair to say I truly got the acting bug. The following year the National Theatre paid for us to go to Perth in Australia to perform there too.

“My parents have always been incredibly supportive, my dad would drive me all over to play football and then he’d do the same when I was going for auditions.”

After his A Levels Jonathan completed a drama degree at Bretton Hall, near Wakefield, and was then signed by London agency Creative Artists Management.

“When it came to my third year at Bretton and time to leave, I had to make a proper choice as to what I was going to do – I still didn’t really think I’d be able to be an actor,” he says.

“I wrote to some agents in London, I chose six which had expensive sounding addresses like Covent Garden and one of them got back to me and I moved to London the week after I finished my course.

“The second day I was there I got my first job appearing in a Chemical Brothers music video. I love my music and I love the Chemical Brothers, so it was win-win and I got paid £200 for a day.

“I love the stage – especially mime, and that’s what I really wanted to be involved in doing mime shows, but as my agent pointed out there weren’t so many opportunities there, so I started going for lots of television auditions as there are just more roles available.

“I did an episode of Peak Practice and soon after that Casualty came along and that was me sorted for three years.

“I remember when I went for the audition, I was quite young, and experimental and I’d home-bleached my hair, this was the day before the audition and it came out orange.

“I went in there so apologetic, but it turned out in my favour as I got the part – as long as I kept my hair bleached. But thankfully I was able to have it done professionally for the next three years!”

Following Casualty, he won a string of roles in programmes including Heartbeat, Emmerdale, Doctors, The Knock and Reach for the Moon and films The Somnambulists and Best Possible Taste – a BBC drama exploring the life of entertainer Kenny Everett.

Aside from acting, Jonathan’s other passion is music and composing. His submission was chosen as the theme tune for BBC One police drama Merseybeat, in which he starred, and his work has also featured in the short film Charlie and Talk and several documentaries.

“I’ve always been into music, and I approached the executive producer of Merseybeat about submitting something and he said I could, along with the rest of the composers – and they went with mine.

“I don’t have as much time to do it at the moment; it’s a completely different discipline, you’re there writing for eight hours a day, and basically I could either do that, or I could play with my son!”

Despite being based in London, Jonathan still likes to return to Lincolnshire to visit family and friends whenever he can, and show young Oscar the sights.

“I really enjoy coming back,” he adds. “It was a lovely place to grow up, and Lincoln is just getting better and better; there’s so much more for young people to do now.

“It amazes me though – I’m from North Hykeham; I’ve done all these things, I’ve had a really good time, worked with some interesting people and been to some amazing places.

“I had a small part in the film Diana, starring Naomi Watts, for which we did some filming in Mozambique and Croatia. And I remember being there in a scene with Naomi, who’s a huge Oscar nominee, and I just had this moment where I thought, if I could go back and tell my seven-year-old self, playing down the field, what I was doing now, well, I think I’d be pretty chuffed.”