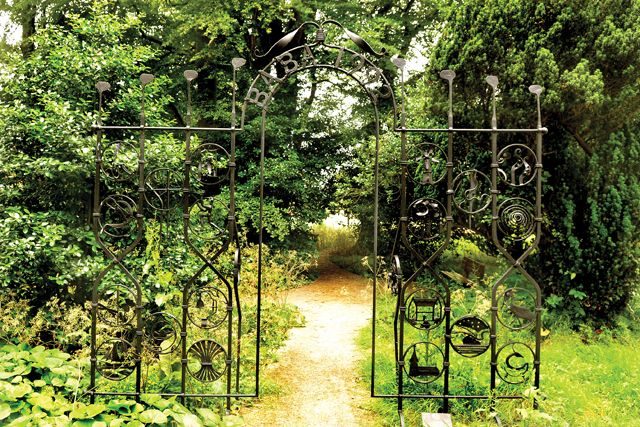 In their rush to get to the East Coast resorts, many people are apt to drive through some interesting destinations and miss out on great historical sights, niche shops and great events.
If you travelling in the direction of Alford, don’t make that mistake because August is a great month to get better acquainted with this market town, as it remembers the past, celebrates the present and looks to the future.

Catch Alford at the ‘wrong moment’ and it’s easy to think that this is a quiet place with very little going on – but it has a lively community spirit and offers visitors a warm welcome.

Shopping-wise, there’s much more than is immediately apparent. You can buy everything from ladies’ clothing to one-off antiques, flowers, food and tools.

There is also a choice of eateries, from cafes to pubs, and unmissable Tuesday and Friday markets.

The Corn Exchange is out to revive its fortunes, as it is embarks on a brave new era – steered by the Alford Corn Exchange Community Group, which has great plans to increase the use of this venue.

The Manor House is run by the Alford & District Civic Trust and won a Heritage Lottery Fund Grant for its World War One Centenary Commemorative project, which runs until June 2019.

A community project ‘Alford Remembers WW1’ in the Museum features collated records and memories. It is already providing invaluable learning materials for future generations keen to know how local people were affected by this key period in history.

Of course, The Manor House is also the perfect place to relax over tea and to buy homegrown Lincolnshire produce. The town’s St Wilfrid’s Church is also well worth a visit, along with the famous Alford Windmill, on the edge of the town.

Events-wise there is plenty going on for both locals and visitors, some of which certainly have the power to put Alford on the wider map.

Cllr Allan said Alford, which is twinned with Conlie, near Le Mans in France, faces the same pressures as its Lincolnshire ‘twin’ when it comes to tackling empty shops and suffering a lack of investment by the government.

“However, we have no more than we had forty years ago and we continue to attract new businesses. Recent arrivals include a new hairdressers and a café,” he said.

“The Friday markets, which were about to close under the District Council, are now quite strong and the smaller Tuesday markets are selling more foodstuffs.

“The council, in conjunction with East Lindsey District Council (ELDC), has done a land swap, which has resulted in the loss of a bit of car parking, but we now have a nice open space instead, a brand new bus shelter with a clock and the licence for a pop-up café.

Cllr Allan is proud of the fact that The Manor House offers five-star food and that it has retained its Visit England marque and is a registered museum within the Museum Service.

It’s a superb place to find local produce, including Tastes of Lincolnshire products like Pocklington’s bread and Lincolnshire Poacher cheeses.

“The Corn Echange has embarked on a new era. The Town Council tried on two occasions to get a group of people to take it on. In the end, it proved to be third time lucky,” said Cllr Allan.

“The Alford Corn Exchange Community Trust now runs it on behalf of the town. We still have the Town Clerk’s office there, which we lease back from the Trust, which is entitled to apply for grants and to claim charitable relief on the rates.”

Cllr Allan said the Town Council realised that there are only a certain number of ‘movers and shakers’ locally, so it took on The Alford Memorial Park from ELDC, revamping it to provide a wonderful leisure area complete with a bandstand. It is run by the Park’s Trustees, with Town Council support.

Alford, which was Highly Commended in last year’s In Bloom competitions has also splashed out on planters at the entrances to the town, which are being maintained by a local contractor.

ALFORD CORN EXCHANGE
An enthusiastic charity has big ambitions for the future of Alford Corn Exchange, after saving the Grade Two-listed building, which was threatened with closure.

The Alford Corn Exchange Community Group (ACECG) is busy forging ahead with its drive to inject extra vitality into the venue, following East Lindsey District Council (ELDC) transferring the freehold of the building to the Group.

ELDC still has a Community Access Point on the ground floor and Alford Town Council also rents office and meeting room space from ACECG. Many local groups also use the venue.

“There are also many monthly and yearly events, such as Neighbourhood Watch, antique fairs, horticultural shows, craft markets, Christmas balls and so on.

“The Softplay area is new and has been created by our group for parents and toddlers, and has lots of exciting softplay equipment. We have up to twenty-five children in on Fridays, which is great to see.”

The Community Group also has three weddings planned in for this year – highlighting how quickly the Corn Exchange has already changed.

ALFORD CRAFT MARKET
The August Bank Holiday promises to be a bumper affair in Alford, especially for the Alford Craft Market which is celebrating its 40th anniversary year.

The Market, which was established in 1974 by two craftspeople, Heather and Michel Ducos of Alford Pottery, claims to be the longest-standing craft market in the UK and the first of its kind in the Lincolnshire Wolds.

A spokeswoman said: “Our really big event will be our August Bank Holiday Festival, starting on Saturday 23rd August and also trading on Sunday 24th and Monday 25th August.

“It takes place from 10am to 5pm each day in the grounds of Alford Manor House in West Street. Admission is by way of a donation.

“There will be demonstrators showing crafts from days gone by, such as candle making, saddlery and pole lathing, plus the creation of a genuine mud and stud building, which will then be thatched.

Visitors will also be able to see an exhibition of Alford Craft Market memorabilia, including photographs and newspapers articles revealing the trades and people in Alford 100 years ago. Street entertainment will include Morris Dancers and theatre (including a mechanical dragon). Live music and children’s entertainment will be available in the market’s marquee each afternoon.

Membership secretary, Priscilla McGirr said: “We have at least twenty-four stallholders booked so far, and twelve demonstrators, plus two workshops and several street entertainers, including the Earthbound Misfits and Keith and the Dragon.

In the run-up to the Bank Holiday the craft market has extended its summer ‘taster’ markets, which take place weekly on Tuesdays and Fridays.

On Tuesdays, the markets are staged in Alford Corn Exchange where, in addition to meeting the artisans selling their work, people can get creative in one of many workshops. The Tuesday markets will run until 19th August, from 10am to 4pm.

On Fridays, Craft Market members are teaming up with the traditional Alford Town Market (until 15th August). It trades from 9am to 3pm.

COMMUNITY SPIRITED
Youngsters belonging to a uniformed organisation have been doing their bit to boost their local community.

Members of the 1st Alford Scout Group worked with B&Q in Grimsby to create Robin nesting boxes, some of which will be put up at one of the town’s main attractions.

Akela of the Cub Scouts, Anne Ailsby said the Group’s Cubs and Beavers made the boxes at a workshop, as they worked towards their Scout Community Week Badges.

“Some of these bird boxes are being donated to The Manor House to go into its gardens. Our young people are very proud of their achievements and about doing their bit for the community,” said Anne.

“We meet regularly in Alford Methodist Church Hall and we would love to welcome new members, who may live in Alford or the surrounding villages,” added Anne.