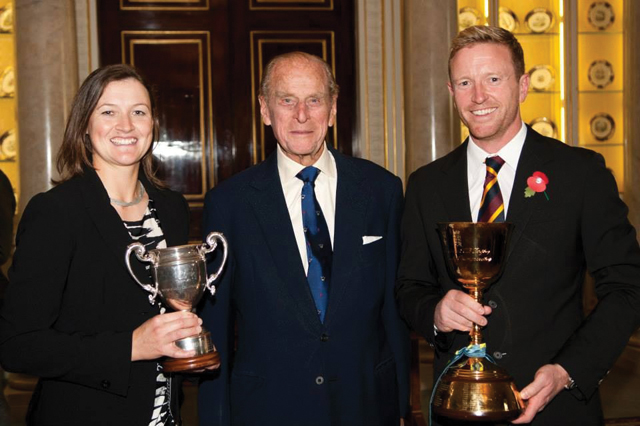 All rounder retires from international duties

She didn’t know women’s cricket existed until she was a teenager, but three times Ashes winner Arran Brindle has certainly left her mark on the game.
The thirty-two-year-old retired from international duties earlier this year after playing an instrumental role in the latest Ashes win over the Australians.

Her fifteen-year England career – which also incorporated a five-year break when she started her family – is bursting with highlights. In 134 appearances for her country the Louth all rounder racked up 2,852 runs and returned fifty-seven wickets. She took fifty-eight international catches too, and in partnership with Caroline Atkins made a record test opening score of 200, against India, in Lucknow, in 2002.
Arran captained Louth 1st XI from 2007 to 2010 – making her the first woman to lead a men’s ECB (English Cricket Board) Premier League side. And in 2011 she became the first female to score a century in men’s semi-professional cricket when she recorded 128 runs during a match against Market Deeping CC.

“There have been so many high points – including the T20 World Cup, when both the men and women’s tournaments run side by side and that brings huge profile,” said Arran, who currently plays for Sussex CC.

“I’ve played in five Ashes series and been on the winning side three times. There are several teams on the up at the moment, but England is a force to be reckoned with and it’s been great to have been involved in the set up.”

Arran, who grew up on the Lancashire and Yorkshire border first picked up a bat when she was around ten years old.

“Basically it was through my dad,” she explained. “The people he worked with, their boys were all playing under 11s, so I’d go along and train with them. This was in a small village, Thornton-in-Craven, and I was the only girl there playing cricket.

“It was quite a strong side and that obviously came through – I didn’t know women’s cricket existed until I was about fifteen!”

Her true potential was first spotted when one of the board members at Lancashire Cricket Club invited her to try for the women’s side after watching her play in an under 15s final.

“When I was told I was selected it was a bit of a shock to the system,” recalled Arran, who teaches Design Technology and extra-curricular sports at Louth’s Greenwich House Independent School.

“It was Lancashire and Cheshire at the time and we just couldn’t undertake that kind of travelling and commitment. My Dad was working, and obviously there was school for myself and my sister; I was also playing football and doing other bits and pieces, so we decided to wait another year, when it was agreed I’d give it a go and see how I got on.”

And got on she did – it wasn’t long before she made the jump from county to representing her country for the first time in the summer of 2000.

“Looking back I was quite young. I made my debut for England when I was eighteen and I got into the women’s set up, regularly playing for the England under 19 and under 21 sides,” she said.

“Playing women’s cricket you tend to have to be an all rounder to make your mark – I batted in the top order and bowled.

“Although boys’ and men’s cricket has a positive effect on my game the main difference between that and the women’s game is the pace of the bowlers and pure strength of the batters. It is a case of adapting the same shots but generating the power more in the women’s game.”

Arran moved to Louth and married husband James in 2003, and three years later decided it was time to take a break from the international scene.

“We’d just got married and I started working at Greenwich House; I had to travel three times a week over to Loughborough for training and it just got to the point that I couldn’t do it,” she said.

“I’d played for England for six years and I just felt the time was right to move on.”

Arran didn’t bow out of the game completely, turning out for her home town club, while baby Harry was also welcomed into the family. It was an injury sustained during the first game of the 2010 season that spurred her decision to regain her place in the England side.

“I’d smashed my thumb quite badly,” she said, “and it was touch and go if I would ever be able to play again. I was just sitting on the sidelines thinking about the break I was on, and I knew I wanted to go back – it just got me thinking how easily decisions can sometimes be taken out of your hands.”

Arran returned to England duty in 2011 – with another historic milestone. She was the first, and only, mother in the side at the time, and thanks to the support of her family, team and ECB, her husband and young son Harry (now five) were able to travel with her on overseas tours.

“Cricket has taken us all over the world – New Zealand, Australia, South Africa, India, Sri Lanka – it’s been fantastic.

“My little boy’s travelled everywhere too. He’s mad on cricket to the point he spends a ridiculous amount of time playing – he plays longer than me sometimes! He’s been around the England set up a lot – it’s a good bunch of girls who want to encourage people to play, so it’s great he’s been able to come with us.”

Arran made the decision to retire fully from international cricket in February, and didn’t accompany the team to the World Cup in Bangladesh.

“I retired after the Ashes due to both my husband’s and my work commitments and Harry’s schooling.

“I’ve moved counties to play for Sussex, in division one. In terms of travel it’s three and a bit hours, but because of work and family commitments I needed to make the most of the women’s game – playing for the highest ranking side I can; although I’m not playing every game this season, so it’s not so intensive.”

Despite her sometimes gruelling schedule Arran would urge any youngsters interested in the sport to give it a go.

“Women’s cricket today is a different game now to the one I started playing,” she said.

“It’s far more widespread in schools as there’s the Chance to Shine scheme, through which some of the England girls mentor and coach.

“You need a good network around you in women’s’ cricket, and especially when based in Lincolnshire and I’m fortunate I had that.

“For young people wanting to get involved, it’s not a light undertaking, but if you’re a good sportswoman or sports girl it’s a fantastic lifestyle, travelling around the world and now it’s a full-time occupation thanks to the new contracts.