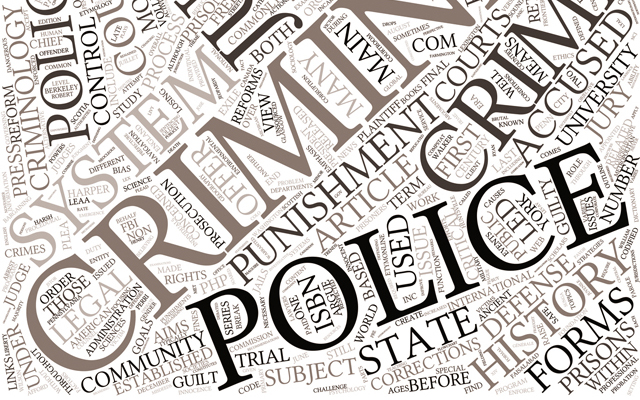 John George Haigh was born in Stamford in 1909. A fraudster in his early career, he would go on to commit heinous crimes and become known as ‘The Acid Bath Murderer’.
Haigh’s parents, John Robert and Emily, were members of the Plymouth Brethren, a very strict Protestant Sect, which advocated an austere lifestyle. John was not allowed to play with other children and was imprisoned behind a ten foot high fence with his pet rabbits. Haigh would later claim that his parents’ behaviour caused him to have religious nightmares.

Eventually the family moved to West Yorkshire and John’s lifestyle took a dramatic turn when he became involved with Wakefield Cathedral as choirboy and server. Whilst still at Wakefield Grammar School he was appointed assistant organist at the Cathedral. On leaving school he was employed in a number of jobs but decided he did not really like working for other people, so he went into business on his own account, forging vehicle documents and selling non-existent cars.

In 1934 his criminal activity first came to light and he was jailed for fraud. On his release from prison he moved to London and became chauffeur/secretary to the McSwan family, who were big players in the amusement parlour business. After that he set himself up as a solicitor without bothering to obtain any legal qualifications. He was soon arrested and sent to prison and spent the next few years in and out of jail.

While in Lincoln Prison in 1941, Haigh dreamed up his plan for the perfect crime – this time, a murder. He would dissolve the body in acid. If there was no body, there was no chance of a conviction, or so he thought. Haigh stole some sulphuric acid from a workshop, persuaded the prisoners who worked on the farm to bring him some mice and experimented. The results were encouraging.

On his release he returned to London and met up with the McSwans, his former employers. Donald McSwan soon disappeared. Haigh later admitted killing him at his home in Gloucester Road and disposing of his body in a forty-gallon drum filled with concentrated sulphuric acid. Two days later he returned to find the body had become sludge, which he poured down the drain.

When McSwan’s parents became curious about the whereabouts of their son, he did the same to them, before stealing all their money and property.

By 1947 Haigh was living at the Onslow Court hotel in Kensington and renting a workshop in Crawley. He moved all his acid and drums in there. When he started to run out of money he tempted another couple, Dr and Mrs Henderson, to visit his workshop where he shot them, before stealing all their money and property.

Haigh’s next and last victim was Olive Durand-Deacon, a wealthy widow and fellow resident at Onslow Court. He persuaded her to visit his workshop, where he shot her and stole all her valuables before disposing of the body in the usual manner. When Mrs. Durand-Deacon was reported missing, police enquired about the other residents at the hotel and soon discovered Haigh’s criminal record. They obtained a warrant to search his workshop, where they found several incriminating documents and a number of identifiable, minute body parts in the drum.

After his arrest, Haigh not only confessed to the above murders, but to three more. He was tried at Lewes Assizes and despite a plea of insanity, it took the jury only minutes to convict him and he was hanged by Albert Pierrepoint at Wandsworth prison on 10th August 1949.