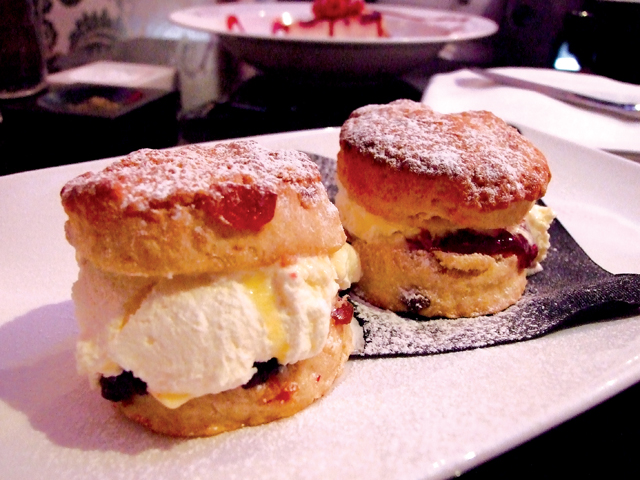 At the gateway to the county

Inextricably linked through their pasts and subsequent development, the border port of Sutton Bridge and the historic market town of Long Sutton may have their own distinct characteristics, but each has a lot to offer residents and visitors alike.
Located in the south east of the county, both places have a strong sense of community spirit, which can be seen through the variety of regeneration projects and community groups in action.

The village of Sutton Bridge lies on the banks of the River Nene, close to the county boundaries with Norfolk and Cambridgeshire and just three miles from The Wash. With almost 4,000 residents, it has recently experienced a population influx with many new people moving in, mainly from the south of the country, thanks to the reasonable property prices.

The village is located in the midst of a busy arable farming community and much of its local employment opportunites are found at several food processing plants within the area as well as the village’s gas powered power station, which is due to be expanded.

Facilities include a primary school, a golf club, a medical centre and a long High Street boasting an ironmonger’s, a fish and chip shop, a women’s clothing boutique, an antique shop and a supermarket, as well as pubs and restaurants.

Sutton Bridge is home to several important buildings of note, including its distinctive swing bridge, two lighthouses and the village church of St Matthew’s, which is the only flintstone church in the county, dating back to 1843.

Last month (December) a new state-of-the-art community centre was officially launched, which is due to be open to the public for use in the early part of the new year. The new building will provide a multi-function hall, library, internet cafe, parish council office and will also be a base for the police and Citizens’ Advice Bureau, who are to have offices there. There will also be space for a youth club, an admin office, a children’s room and two other offices.

Sutton Bridge has a rich and varied history – most notably as the place where King John is said to have lost his crown jewels, while crossing The Wash in around 1215, a legend which has attracted numerous treasure hunters to the area as they go in search of the historic bounty, but as yet it remains undiscovered.

Moving forward the village consisted of just a few farmhouses and cottages littered along the track, which passed for the main road in the early nineteenth century. A vast expanse of marshland – the Cross Keys Wash – stretched to the east and north, with the River Nene cutting through it on its way to the sea. The whole area was sand and silt, which continually shifted as the water cut new channels, leaving the track across from Norfolk to Lincolnshire passable at low water – but only if the safe path was known. Many coaches and wagons were lost in the quicksand of the marshes.

It was the opening of the Cross Keys Bridge and embankment in 1831 which stimulated the village’s growth. The West and East Bank lighthouses were also built at around this time, to commemorate the opening of the Nene outfall. The latter of these was lived in by the renowned conservationist Sir Peter Scott during the 1930s, who spent a great deal of time there studying and painting the wildlife. The building’s new owners, Doug and Sue Hilton, have just secured planning permission to add a visitor centre and museum to the site, as they bid to make the lighthouse and surrounding area more accessible to the public.

The earliest development in Sutton Bridge was initiated by local man William Skelton, who was steward of the estate for Guys Hospital, which owned most of the land, and by the mid-nineteenth century there was a thriving population of around 1,500 people. Wharves and warehouses were built up alongside the river and trading vessels began to sail regularly to London, Newcastle and Hull.

The first railway reached the village in 1862, which caused some problems when ships were using the river as there was no radio communication between the two modes of transport and getting a train on its way before the bridge needed to be opened for a ship often involved a hurried scramble. The current bridge spanning the River Nene at the gateway to the village is the third. The first, opened in 1831, was designed by Ronnie and Telford. It was timber and cast iron and opened up like Tower Bridge in London. Its location was found to be somewhat awkward though and in 1850 a replacement was designed by Robert Stephenson. It was a swing bridge design and was used for road traffic only until 1864, when the Midland Railway acquired powers to use it for rail traffic as well.

The current Cross Keys Swing Bridge was built in 1897, at a cost of £80,000 and was used both by road and rail traffic until 1959 when the rail line was closed. It often swings open now to allow ships through to the port of Wisbech, in neighbouring Cambridgeshire.

Just a couple of miles down the road from Sutton Bridge, separated by the small parish of Little Sutton, is the market town of Long Sutton, which is home to just under 5,000 residents.

Like Sutton Bridge there is a wide range of facilities on offer to its inhabitants including public parks, a library, a medical centre, a sports centre, primary and secondary schools and a multi-use community building in the refurbished Market House. The town is also home to a fine array of independent shops and businesses and a thriving market is held every Friday, where local traders and craftsmen hold stalls.

Sadly one of Long Sutton’s main visitor attractions, The Butterfly and Wildlife Park, has announced that the coming summer season will be its last. The park, which employs twenty-five people, is home to a variety of animals and has been providing entertainment for all ages since it first opened its gates in 1987. As well as a giant tropical house full of a vast array of butterflies, reptiles and insects there are birds of prey, bees, herb and butterfly gardens, water buffalo, llamas and pygmy goats, plus much more for visitors to enjoy. The centre also has an adventure playground, a tea room and a gift shop.

Park director Michael Crosse said the decision to close the attraction at the end of the summer had not been taken lightly, adding that rising costs and falling visitor numbers had led to its downfall.

He added: “This summer will be the last chance for people to say goodbye to the park. All the animals will be here until the end of the season but we will be finding new homes for them to go to.

“We’ve kept things going for the last four years but it’s just not possible anymore. The credit crunch has affected us and the banks have walked away – we’ve invested a lot of money but everybody is feeling the pinch and the first thing that goes is the expenditure on leisure.

“Obviously we are all very sad – this has been our lives for the last four years. But whatever happens I hope people realise we’ve done our best to stand by the community.”

Mr Crosse added that it is not yet known what is going to happen to the site in Little London, but he said that all options are being considered.

Delving back into the history books, Long Sutton’s development is very much linked to that of neighbouring Sutton Bridge, despite their apparent diversity. A much-needed link to the county of Norfolk was provided when the first bridge was built to span the River Nene in 1831. This gave rise to more people passing through Long Sutton and in turn led to its growth into a town.

Thirty years later and the railway line was extended to Long Sutton, providing the community with a link to other parts of the country. The passenger service continued for ninety-seven years until it was withdrawn in February 1959, although a goods service between Sutton Bridge and Spalding was kept going, operated by a diesel engine. It was finally stopped in April 1965 and today there is little evidence of its existence at all.

And like Sutton Bridge there are several buildings of note, including the Bull Hotel, which is where highwayman Dick Turpin allegedly stayed before escaping after resisting arrest. St Mary’s Church, built in 1170 by Cluniac monks has the highest wooden spire in the country and there are magnificent examples of Georgian architecture.

* For more information about the Long Sutton Butterfly and Wildlife Park visit its website at www.butterflyandwildlifepark.co.uk