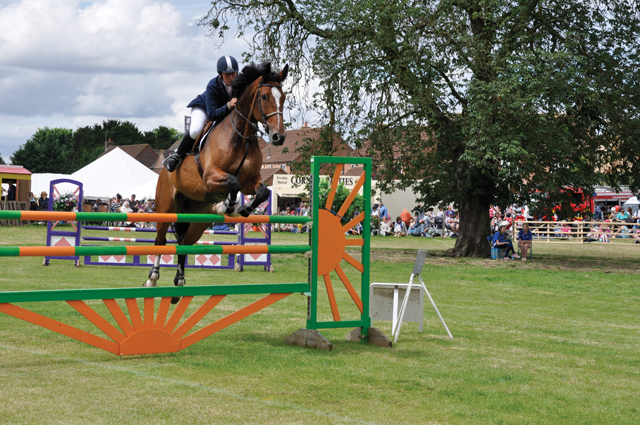 At the heart of Heckington

From pet supplies to bottles of beer, this well-known Lincolnshire village offers its residents a great range of products and services right on their doorsteps, which is great news for anyone trying to trim their fuel costs!
Heckington is also a magnet for visitors, who are drawn to explore its landmark eight-sailed windmill, railway museum, 8 Sail Brewery and magnificent St Andrew’s Church.

And traditionally July is an hectic month for the village as everyone pulls out the stops for the fabulous two-day Heckington Show, which is masterminded by the Heckington & District Agricultural Society. It takes place on Saturday and Sunday, 27th and 28th July.

While Heckington has lots to offer, its close neighbour East Heckington also boasts a range of interesting and complementary businesses and both destinations offer fast access to larger centres, such as Lincoln, Boston, Sleaford, Grantham, as well as the wider East Midlands.

Heckington Parish Council chairman Councillor Richard Higgs said: “There are more than 2,640 properties in Heckington, which has doubled in size over the last fifteen years.“

A Joint Strategy Planning Committee document (North Kesteven and East Lindsey Districts and the City of Lincoln Council) indicates that there could be further expansion towards the A17 in the future and anticipates 2,000 new homes north of the village, which could put further pressure on services.

“Heckington has a railway station and a bus service and the village is a good base for commuters. There isn’t really much that you cannot get here, with facilities including a Co-operative store, a Spar and other shops, takeaways, two pubs, three tearooms, doctors and dental surgeries,” said Councillor Higgs.

In addition to its shopkeepers, Heckington is also home to a range of other employers, many based on the Station Road Business Park and at Heckington Business Centre. Firms include J L Priestley & Co, Wheelcraft and Smiths Construction.

“Village residents also include people who have retired from RAF Cranwell and set-up small high-tech enterprises, which are providing services to the Ministry of Defence,” added Councillor Higgs.

Butcher Gary Simpson employs six people at his Cameron Street shop and another six at his outlet at the Four Seasons Garden Centre in Sleaford.

“Our Heckington shop has local loyal customers, but we also attract shoppers from a wide area outside of the village, which is good. However, we don’t just serve families, we also supply restaurants, pubs and schools,” said Gary.

The Windmill Shop is another independent business, which is run by husband and wife Andrew and Rebecca Franks. They employ four local people on a part-time basis.

“We have been here for about eight years and we sell fruit, vegetables, flowers, gifts and cards, as well as offering a flower delivery service. We source our produce locally wherever possible,” said Andrew.

“You can get nearly everything in the village and we have regular loyal customers and also catch some passing trade.”

Heckington families also have a choice when it comes to sporting and social activities, with indoor and Crown bowls, tennis, cricket, junior and adult football options on offer. The village also has WI and Henpeckers groups, and Heckington Players (which also boasts a junior section) caters for budding thespians.

The Heckington Community Swimming Pool is another great resource – both for pupils who go to St Andrew’s School and the wider public.

A popular community transport scheme, the Heckington Area Voluntary Car Service, is supported by a team of eight drivers who are available to take people in need of transport to medical appointments. The service takes in neighbouring villages, such as Helpringham, Burton Latimer, Kirby-la-Thorpe and Great and Little Hale.

The county council has reduced its mobile library service to Heckington but the Parish Council is in negotiations with the authority and exploring the idea of basing the service in the Parish Council chamber and adding internet café services.

For anyone who loves exploring village attractions, St Andrew’s Church and the railway museum at Heckington Station, are well worth a look.

St Andrew’s Church in Heckington is claimed to be one of the finest medieval churches in England.

Built in the early 14th century, it displays beautifully carved statues both inside and out, with the tower alone displaying thirty-five and wonderful stained glass windows.

On the north side of the chancel, you will find one of the finest carved Easter Sepulchres in England, composed of a central recess flanked by niches depicting the three Marys and angels – a definite ‘must-see’ for the ardent church visitor.

The informative and colourful railway museum can be found on the platform of Heckington Station. It has been created within the preserved Victorian buildings which were carefully and lovingly restored when saved from demolition by the Heckington Village Trust in 1975.

The railway enthusiast can pore over artefacts relating to the Great Northern, London and North Eastern Railways together with items of local heritage.

In the adjoining ticket office there is a wealth of memorabilia, ranging from station name boards to railway uniforms, cast-iron warning signs, lamps and railway models, as well as the ticket office equipment, an Edmondson ticket stamp and railway office furniture.

HECKINGTON WINDMILL
This unique landmark attraction, the sole survivor of just seven such mills built in the UK, is undergoing a revamp. Additionally, a National Lottery Grant of just under £1million – won earlier this year – promises to help turn the wider mill site into a world class visitor attraction.

A good wind is blowing behind a sail repair programme, which has been funded by Lincolnshire County Council, and it is hoped that all of the mill’s eight replacement sails will soon be in place.

Mill manager Jim Bailey said: “We are hopeful that the replacement eight sails will be installed by late summer.”

EAST HECKINGTON
If you are driving along the A17 through Lincolnshire’s Fenlands, why not stop off in East Heckington? You may well have spotted Abbey Parks Farm Shop and Elm Grange Studios and Lindsey James on your travels, but be unaware of the sheer variety of services and products which they offer.

Abbey Parks is a family-run business, which has its roots in the farming industry, but which continues to diversify and offer new products and services.

It was started by farmer Nick Loweth and his wife Ros, who have been joined by son and daughter Harry and Sophie who are helping to drive Abbey Parks on to further success.

Currently, the business comprises a farming operation, a café and bistro, a deli and shop, along with catering services and private dining and you will also find a choice of antiques and jewellery.

The business supplies fresh produce, including its seasonal speciality asparagus, to hotels and restaurants across Lincolnshire and Nottinghamshire. And, in an innovative move, it has developed i-Grow, an online allotments enterprise for people who want to ‘grow their own’, without all the hard work!

Elm Grange Studios is home to an eclectic mix of businesses. If you are looking to give your home a facelift, fancy a spot of personal pampering or just want to take time out for afternoon tea, the studios are worth a visit.

Interiors expert Clive Owen at Elm Grange Studios, took over the well-established practice there in 2011, keeping together a professional design team working on residential and commercial projects throughout Lincolnshire and further afield.

Mr Owen’s recent jobs have taken him into town houses, barn conversions, country homes, restaurants and even a power station.

Even if you don’t need a full interior design service, the studios offer wallpapers, fabrics, flooring and paints. New upholstered furniture is offered in a customer’s own choice of fabrics and Clive Owen also offers re-upholstery and curtain-making.

Flooring specialist Andy Brown has ploughed years of experience (including that gained when he worked with Mark Andrews at the site) into Elm Grange Flooring.

“I have had my business for a year now and it is going well. We are Amtico specialists, but also do natural stone flooring and work all over the county. A lot of people don’t actually realise that we are here, but word of mouth recommendations are helping,” said Andy.

FIRST FOR FASHION
Lindsey James Ladies Wear, is a leading fashion retailer in East Heckington, supplying a wide range of styles, from casual to eveningwear in sizes 10-32.

Be sure to look at the wide range of Mother of the Bride/Groom outfits from international companies including some selected designers.

As exclusive stockists of selected designers Lindsey James is able to ensure that something different can be seen at The Barns.

To complement the outfits, Lindsey James stocks a large range of bespoke shoes and boots for any occasion and any fit. Most shoes also have a matching handbag or clutch bag.