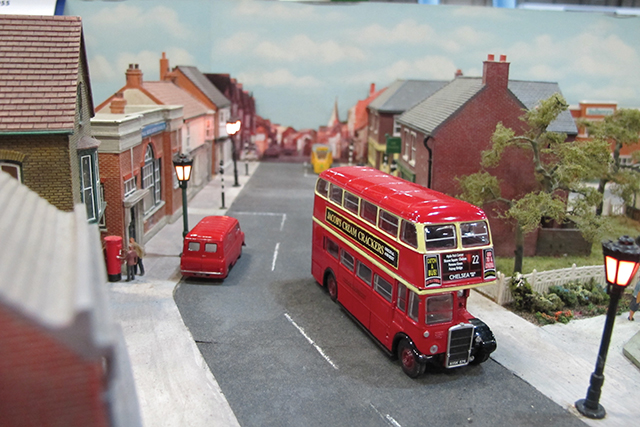 Back on the rails with bumper show

Model rail enthusiasts were left distraught after their lifetime’s work was wrecked by vandals last year, but 12 months on Kate Chapman hears that Market Deeping Model Railway Club has risen like a phoenix from the ashes and is promising its biggest and best show yet in 2020.

More than £30,000 worth of damage was caused to members’ displays and equipment, which had been set up in the hall at the Stamford Welland Academy ahead of the club’s annual exhibition last May.

After news of the vandalism broke, donations – offers of both money and sets – began to pour in from around the world, including £10,000 from singer Rod Stewart, who is a keen model railway enthusiast himself.

Club chairman, Peter Davies said it was terrible for the group to see its hard work destroyed but added thanks for the support received, which means the group has been able to build itself back up again and is now stronger than ever.

“Some people are still traumatised by it all – to see these things which they had been working on for many, many years vandalised and destroyed was terrible,” said Mr Davies.

“Can you imagine how you would feel if you looked around your lounge and found your furniture, artwork and personal items, that you had gathered over the years, all smashed to pieces?

“But the support we have received in response has been overwhelming and humbling; people have been donating their own sets, we’ve had widows giving us stock which used to belong to their late husbands and even people overseas making donations.

“So, it’s important to us as a club that we honour all their wishes and donations too.

“The club is like a phoenix rising from the ashes and so for our exhibition this year we’re doubling the length – we’ve never done a two day show before and we’re also doubling the amount of displays. We’ve hired every possible large space in the academy, with more trade stands, opportunities for people to ask questions and look at how things are done. It promises to be a great weekend for everyone.”

Market Deeping Model Railway Club was founded in 1976 and draws its membership – which currently stands at around 40, ranging from beginners to experts – from its home town as well as further afield in Stamford, Oundle and Peterborough.

Members currently meet every Monday night at club headquarters in Thurlby, near Bourne, where they spend a couple of hours in each other’s company running their existing stock on the test track, building layouts, kits, scratch building models for exhibitions and chatting.

As a hobby Mr Davies says railway modelling is incredibly inclusive, drawing people from all walks of life and can provide a great social scene for those who attend a club.

“Many people like the idea of building their own little world – which they are in complete control of,” he said.

“There are many various skills to it too – track laying, ballasting, electrics and control and scene building – my own layout has been under construction for 25 years!

“It has moved house with me and been re-built and although it’s all working I’ve not done any scenic work, because it takes so much time.

“Control panels can take months to build and then there’s turntables, lights and switches, points and cabling. When you lift it all up you can see the large amount of cabling running underneath – mine has over 326 – and it all takes a lot of time.

“Being part of a club is great as there is a great social atmosphere, lots of like-minded people and because everyone has such a variety of skills there is always someone to ask for help and advice if you need to.

“We welcome people whether they have lots of skills or none at all – although even in these cases people are a lot more able than they give themselves credit for!”

Club members show their layouts at exhibitions all over the country as well as hosting their own events.

This year on 4th and 5th April members will be exhibiting at the Ford dealership TC Harrison, in Stamford. It is the main sponsor for the club’s big annual exhibition, which returns to Stamford Welland Academy on 16th and 17th May.

With the club riding the wave of positivity sparked by the aftermath of last year’s disaster it has also reached a joint decision with its current landlord that the time is right for it to seek a new base.

Mr Davies said that layouts are getting bigger and require more space for members to work on while a lack of facilities such as toilets means it is almost impossible for them to host junior members.

He added that the owner of the farm where the club meets is also finding hosting members more difficult due to the nature of his own work and the machinery involved.

“We’ve had sixteen great years at our current base, but we’ve come to the mutual decision it’s time for us to find somewhere new,” said Mr Davies.

“Ideally we’d like to be based somewhere in Market Deeping, perhaps on an industrial estate – but we are open to ideas.

“We have a little time to look around and see what’s available, but we’re looking for a place somewhere in the region of 1,200 square feet.

“All the publicity we’ve had recently has opened up other opportunities to us so we need somewhere we can show off some of the range of wonderful donations we have received.”

Among the exciting new projects is a move to support and provide equipment for three new local youth projects in Market Deeping, Stamford and Essendine, which are seeking to encourage more youngsters to get involved in the hobby.

“We’ve got an exciting few months ahead of us with the potential move and our exhibitions, where there will be some very special layouts on display,” added Mr Davies.

“We’re looking forward to seeing what happens next.”

For more information about Market Deeping Model Railway Club and its forthcoming exhibitions visit www.mdmrc.org. Anyone who would like to contact the club about becoming a member or with regards to potential new premises should email: chairman@mdmrc.org