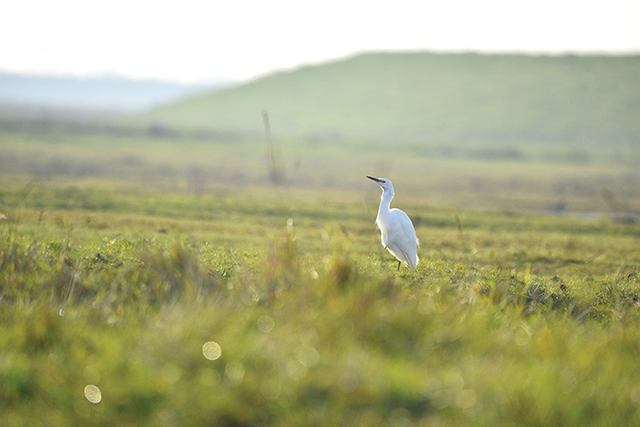 In life, sometimes you need a bit of insider knowledge. Nowhere is this truer than for bird watching. By Mary Powell, Visit Lincolnshire.

We have been working with the Lincolnshire Bird Club and other conservation bodies on exactly that: an insider’s guide to birdwatching in Lincolnshire, from the people who know.

Starting with a Coastal Bird Trail, it will tell you about what to see at the various reserves and more importantly when. This is a migration super-highway, so who’s about is ever changing.

Toby Collett from the Bird Club has been working on the trail. He is also warden at RSPB Frampton Marsh and tells me that almost 260 species of birds have been recorded there. I asked Toby for just a few seasonal Frampton highlights. He says, in winter “grasslands heavy with wigeon, lapwing and golden plover (often over 5,000 of each) are often the first thing that catch the eye on arrival.”

He goes on to urge, “patience is your friend and birds of prey are your reward. Marsh harrier, hen harrier, short-eared owl, peregrine and merlin are your big five, with barn owl, buzzard, sparrowhawk and kestrel the supporting cast.”

Why not stay on till dusk, he suggests: “You might see hunting barn owls, whooper swans coming into roost and a starling murmuration of up to 30,000.

“A late April treat is the abundance of yellow wagtails, often building to over 100 and occasionally hosting a blue-headed wagtail or two. Avocets are scrapping with little ringed plovers, ringed plovers and oystercatchers, chasing off anything that strays too close to a prospective nest.

“From July onwards, timing your visit with big tides makes a huge difference. The reserve’s birdlife can often double in a few hours, with the August and September tides being your best chance of a 25 wader day target.

“In the autumn, with so many birds gathering, the opportunity for a snack won’t go begging. September is a great month to see all four species of UK falcon on one day.”

The Coastal Bird Trail launches this Easter and can be found on www.visitlincolnshire.com