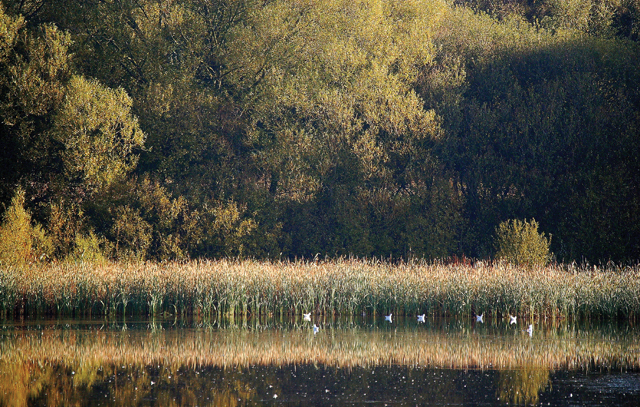 This is the first in a short series of articles aimed at highlighting some of the beautiful areas around Lincoln that remain relatively unknown to the majority of people. When you discover somewhere new and fall in love with it, the first thing you want to do is tell everyone. Then a little voice in the back of your head whispers “keep quiet”, because one of the things that attracts you to beautiful places is solitude, and too many people could spoil that. This is an age old quandary, one that I have no simple answer to. But if anyone is persuaded to visit any of the places I describe I would hope that they would treat them with respect. Always follow the Country Code, step lightly, leave nothing but footprints and take nothing but photographs.

Situated entirely within the city boundary, Boultham Mere nature reserve is actually less than a mile from Lincoln city centre, and can be accessed from the Tritton Road area. Use one of the many car parks and head west on the small track alongside the catchwater drain between Morrisons and Farm Foods. The track is generally good, but can be rough in places, especially after rain. Be aware that farm vehicles do use it from time to time, and they might not be expecting pedestrians. There is also no shelter until you reach Boultham Mere, so dress accordingly and plan to take at least two hours to appreciate your visit.

After a couple of hundred yards you come to an unmanned level crossing – take care here, visibility is limited, and continue on for another half-mile. On your left is the old Skewbridge landfill site, itself worthy of exploration and used by local dog walkers. However, stick to the track with the drain on your right; you will eventually pass a farm and two large radio masts in a field on the left. Keep an eye on the drain, I have often seen grass snakes swimming in here. Just past the radio masts you come to a bridge across the drain; take this and you will see a sign announcing the nature reserve. Turn left at the sign, following the path around to the right, and you soon come to some rough steps leading up and over the bank on your right – this is the only entrance to Boultham Mere.

Less than 100 yards ahead is a simple, wooden birdwatchers’ hide, a great place to spend time with your binoculars looking out across the large main lake. Boultham Mere used to be known as Skewbridge Ballast Pit, and as the name suggests the area was originally used for extracting gravel for construction of the railway line in the nineteenth century. Despite the proximity of the railway to the north, the only signs of human habitation from the hide are a small factory roof in the direction of Tritton Road and the Cathedral towers glimpsed just above the trees on the left. The main lake is completely surrounded by dense trees, with reed beds encroaching into the water on all sides. I’m no birdwatcher, but even I can recognise many different species from the hide. If you are a dedicated ‘twitcher’ you could spend many happy hours here. All the common water birds can be seen, plus kingfishers, and the Mere is one of only two regular wintering sites in Lincolnshire for bitterns. Many other rare species, including osprey and goshawk, have also been seen here.

The only route onwards from the hide is to follow the narrow winding footpath northwards through the trees. A couple of years ago I came within ten feet of a fox on this path – I don’t know who was more surprised! He clearly wasn’t expecting to see anyone along here, and on my many visits to Boultham Mere I have rarely seen another human being. There are several small seasonal ponds along this little path, where you can find the beautiful and rare Water Violet during the spring. After a larger pond, and two small bridges, you reach the north-west corner of the main Mere. This is my favourite place for watching herons, there is usually one fishing here and there is plenty of cover to hide behind. It is also a beautiful place for a picnic, or simply to sit and take in the serenity of the place.

It is possible to explore off the footpath in places, but ultimately you have to retrace your steps back to the hide. This western side of the reserve is the only part of the forty-seven acres that is accessible, but there is still much to see at Boultham Mere. Try to visit at different times of the year, the changes are striking. From spring through to autumn the area is rich in wildflowers, butterflies and dragonflies. However, mosquitoes make summer evening visits on windless days a bit of a trial, so be wary! The winter months are dominated by the rich golden tones of the dead reeds fringing the water, and these shimmer beautifully on sunny days. Snow and ice transform the Mere into a magical wonderland, but make the trek from Tritton Road feel a lot longer!

I do hope some of you visit this beautiful hidden gem, although hopefully not all at the same time. Maybe it will tempt you to get off the beaten track and explore other less well known areas around Lincoln?