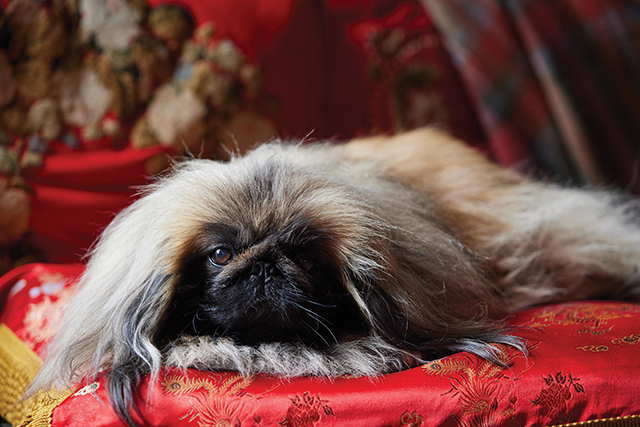 There’s a well-known saying about never working with animals but Jill Clark could never contemplate this after spending her life training all kinds of creatures – both great and small – to shine on the silver screen. Interview by Kate Chapman.

Jill, who lives near Louth, owns and runs 1st Choice Animals with her son Dean and has been involved in the industry for more than 40 years, casting and training animals for a variety of Oscar and BAFTA-winning films, television series, adverts and even the opening ceremony of the 2012 London Olympic Games.

Their business is based near London, in Buckinghamshire, but has offices in Lincoln, Yorkshire, France and South Africa. Jill has overseen animal actors in War Horse, 101 Dalmatians, the popular Channel 5 remake of All Creatures Great and Small, The Larkins, Call the Midwife, Killing Eve, Not Going Out and the latest James Bond film No Time to Die, among others.

Other services offered by 1st Choice Animals include horse drawn carriages for weddings, training courses, plus Face your Fear and VIP farm experiences, where visitors can handle some of the animal stars and have their pictures taken alongside them.

“I’ve always had a passion for animals,” recalls Jill, who grew up in Berkshire before moving to Lincolnshire more recently.

“In my early 20s I was married to a guy who ran a dog training club, and I was asked by an agent if I might be able to train a dog to bite a postman.

“The Post Office were doing a campaign at the time – so I took my little border collie and taught him to hang off the postman’s trouser leg and it just carried on after that, I was asked to do more and more.”

From there Jill trained another dog for the 1984 blockbuster The Bounty, starring Mel Gibson, Anthony Hopkins and Daniel Day-Lewis. More film work followed including adventure/romance Lassiter, starring Tom Selleck, released the same year, and other films where she worked alongside actors including Sir Michael Caine.

“With the animals, it’s all down to obedience. We work them with food and patience,” explains Jill.

“Although the animal’s temperament has also got to be right. You can’t have one that is going to go around biting everybody on the set!

“If you have a dog who is really not happy, it does show – you can see that on the screen. If their tail is down between their legs, and not wagging, you can see they’re not enjoying it. You can tell a dog that loves filming – they’re getting so much attention, they’re really happy to be there and their tail will be up, and wagging.

“They also need to have a rapport or form some sort of relationship with the actors they’re working with.”

When it comes to forming bonds with their human co-stars, look no further than Jill’s own dog, Derek. He’s a cute little Pekingese who has captured the hearts of the nation after stealing the show as Tricki Woo – Mrs Pumphrey’s beloved, and very pampered pooch in the new adaptation of All Creatures Great and Small. The show launched on Channel 5 in 2020, starring Nicholas Ralph as vet James Herriot, and has been hailed a great success.

Jill oversaw Derek’s role in the series while Dean looked after the bigger farm animals including cows, bulls, sheep and more, which they also provided.

“It was a big series for us, we provided everything apart from the horses. I loved the original but I adore watching this too. It’s been great fun to do, although it’s also quite hard work, and quite a challenge,” she adds.

“We have to make sure all the animals are in the right place and that we have the correct movement orders from Defra, so that we know where everyone is. It can get a bit technical!”

FROM THE OLYMPICS TO THE SILVER SCREEN
Jill says there have been many career highlights over the years, but one that stands out for her and the 1st Choice team came in 2012, when she was asked to provide all the animals used in the London Olympics opening ceremony.

The extravaganza, directed by Danny Boyle, attracted a global television audience of 900 million viewers and featured creatures including a frog, geese, duck, goats, sheep, cattle and horses in the stadium.

“The whole thing was absolutely amazing – although I think the whole experience turned me grey!” recalls Jill.

“We lived down there on site for ten days, because of the animal movement orders. We were listening to Paul McCartney rehearsing every night – it was just a one-off, magical experience as I also worked with the Queen’s corgis.

“Everyone remembers that scene with Daniel Craig playing James Bond, walking down the corridor alongside Her Majesty, with the dogs following them.

“I was there too, just out of shot around the corner, holding on to the dogs! It was a bit awkward as you’re supposed to curtsy to the Queen, but I couldn’t get up from the floor due to hanging on to the dogs!

“There have been so many highlights over the years, it’s difficult to single things out, but another one I remember came while working on War Horse with Steven Spielberg.

“I remember him watching me move some geese about on the set one day, and he came over and asked if he could have a go – so there we were, with me teaching him how to herd geese. He was a really nice man, so lovely to everybody.”

It’s been a busy time for the team, moving from one production to the next, but Jill wouldn’t have it any other way.

“It’s become my way of life – I’ve been doing this for around 42 years now, I wouldn’t know what else to do with myself!” she says. “Even when I’m not on set, I love coming out on the farm here in Lincolnshire, and spending time with the animals, chilling out with them. I’m very lucky, it’s a great job.”

You can find out more about the work and services of 1st Choice Animals and keep up to date with news at www.1stchoiceanimals.com