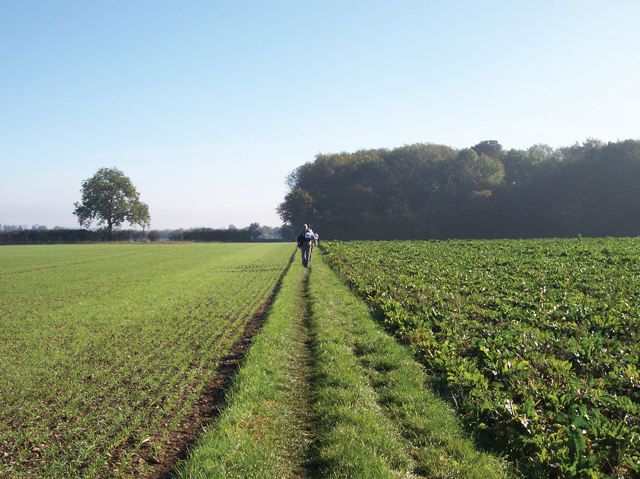 The Spires and Steeples Art and Heritage Trail is a linear walk which traverses twenty-six miles of gentle, flat countryside, linking Lincoln Cathedral and Sleaford’s St Denys’ church.
It passes through historic North Kesteven and was created to showcase the rich heritage of this area, the history of the ever changing landscape and the beautiful churches passed on the trail. Many of the villages along the route have worked with artsNK, the district council and other organisations to create innovative and unusual artworks and sculptures that tell their own history, and seeking these out adds interest and variety for those walking the trail.

The name ‘Spires and Steeples’ is derived from the spires of the village churches and the old sport of steeple chasing. In fact, walking the trail feels like a steeple chase, as the spire of the church in the next village can often be seen from some distance. The route is well signposted so navigation is fairly easy, although it’s a good idea to keep a sharp look out for the signs as they are quite small and easy to miss if you are distracted.

Although the Spires and Steeples trail can be walked anytime, an annual charity challenge event is held every October which allows hardy souls the chance to complete either all or half the route in one day.

I have had the pleasure of completing the challenge event several times, and it usually attracts glorious autumn sunshine with the changing colours of the leaves bright against a cloudless sky.

The start of the trail is overshadowed by Lincoln’s magnificent cathedral before sweeping downhill through the narrow, cobbled streets of the medieval city, past ancient timbered shops towards the modern day city centre. The bridge over the River Witham with its ‘Empowerment’ sculpture designed for the millennium is crossed before Lincoln is left behind, utilising the Water Rail Way cycleway to reach Washingborough.

Once in Washingborough a short detour brings you to several artworks in the village, including an owl sculpture and an intricately carved wooden bench showing scenes from the village’s history.

The next village is Branston, where an intriguing sculpture of bent metal rods resembling umbrella handles is passed. The first of a series of checkpoints for the challenge event is reached by All Saints’ Church. Manned by cheery volunteers offering bottles of water and kind words of encouragement, these checkpoints are a great opportunity to stop, rest weary legs and chat. Before you leave the village, look for the colourful mosaic created by village residents depicting Branston’s history, in the car park near the church.

The route from Branston to Potterhanworth is generally easy walking on good tracks across flat agricultural countryside, but if it is wet the ploughed fields can become a morass of sticky mud which can make this section of the trail quite difficult. Potterhanworth is a very attractive village and worth further exploration if you have time. The route quaintly passes through a kissing gate set in an archway cut out of a tall hedge, and a huge impressive water tower overshadows the largely Victorian St Andrew’s Church.

The village of Nocton is only one-and-a-half miles away, and navigation here is straightforward as the correct route is obvious, cutting across fields to the road through the village. There is plenty to see here: a sculpture of a Roman centurion’s head; the striking All Saints’ Church completed in 1862; the ‘dandelion sundial’ on the village green created by Cliff Baxendale and my personal favourite piece of artwork on a wall opposite Nocton Post Office – a cow made out of spanners painted black, white and pink, created by village schoolchildren using old farm tools found in the surrounding fields.

A pleasant walk along a tarmac track leads to Dunston, where there is a carving of King George III at the village hall, in commemoration of a statue that once stood on the road nearby.

A field crossing and short road walk brings you to the larger village of Metheringham, known affectionally as Meg to its locals, which marks the halfway point of the Spires and Steeples trail. Refreshments are available from a good selection of shops and pubs in the village, so it is an ideal place to pause and rest, or to break the walk up if you prefer to take two days to complete it. Metheringham’s church of St Wilfred is passed as you leave the village. It was largely destroyed by fire in the sixteenth century and has been rebuilt, with further restoration works carried out in the nineteenth century.

The trail now passes through the pretty villages of Blankney and Scopwick. Scopwick is truly lovely; an idyllic spot with a tiny stone bridge over a beck which runs through the wide main street, complete with ever hungry ducks. There is a seat here, and if the sun is out then the temptation to linger is very strong.

But if, like I did, you still have a distance to walk you will reluctantly heave your weary body up, turn your back on sunny Scopwick and set off across fields and tracks towards Digby and its old stone clapper bridge across the stream. Don’t cross just yet though; turn right for a short distance and you will spot a most unusual stone building, shaped a little like a small, squat pepperpot. It dates from the seventeenth century and although its original function has been lost, it is known as the ‘lock up’.

This is a delightful stretch of the trail, with wide views over a patchwork of gently rolling fields. In dry weather the paths are good, but whilst walking to the next village of Dorrington on my most recent Spires and Steeples challenge event I was confronted by several wet, muddy ploughed fields where my feet slid and gathered so much mud that I found it hard lifting them to take the next step. I was more than ready to stop for a rest and hot coffee from my flask on the stone bench in the company of the ‘Dorrington Demons’ sculpture, designed by Nick Jones.

The Demons sculpture recounts an old legend as to why Dorrington’s church, the Church of St James and St John, stands in isolation from the village. There are two versions of this legend; both recount how efforts to build the church in the village were undone by demons each night until it was finally built on its present spot. As there are earthworks quite close to the church, it is far more likely that the village has gradually migrated downhill away from the church over the years – although I find the legend of the demons a far more interesting explanation.

Ruskington is the largest village passed on the trail; in fact it is the largest village in Lincolnshire by population. People have lived here since ancient times; signs of prehistoric occupation have been found from as long ago as 5,000 BC. Ruskington’s All Saints’ Church is built on the site of a former Saxon church and a Norman tower arch from the original stone building still survives.

Ruskington beck dissects the High Street and by tradition no aspiring resident can be considered a true ’Ruskingtonian’ until they have fallen in!

Once Ruskington is left behind the rest of the trail feels somewhat different in character. There are no more pretty villages to pass through or sculptures to find. Instead the route crosses fields to reach a secluded path through trees by the Sleaford Navigation. Apparently it’s a navigation and not a canal because it utilises an existing river – the River Slea – rather than digging out a new channel.

The Navigation is now your companion all the way to Sleaford. The path skirts a private house before leaving the trees behind and following the water on a raised embankment. Look out for Cogglesford Water Mill as you approach the town with its early eighteenth-century buildings. Once in Sleaford I always enjoy walking past three detailed mosaics set into the tarmac path commemorating the use of horse, wind and man power to move the barges on the Navigation. The finish for the challenge event is just a few yards away at the National Centre for Craft and Design at Sleaford rather than St Denys’ church, where successful walkers can claim a T-shirt and a certificate for their efforts. The church is nearby and it is worth walking that little bit further to complete the official Spires and Steeples trail.

Detailed route descriptions and transport links are available at the Spires and Steeples website at http://www.spiresandsteeples.com; you can even sign up for the challenge event if you are feeling fit. If you don’t fancy walking the whole distance in one day then why not lace up your walking boots and sample a small section of this delightful walk?