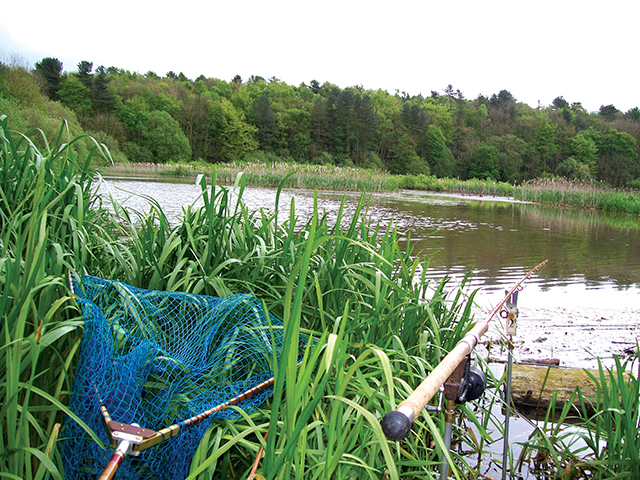 Development of a fishing rod

Way back in the 1940s there was very little in the way of specialist tackle to catch specimen fish, especially carp. In 1947, a keen 29-year-old carp angler would develop a rod that would change this.

Richard Walker at the time was using a rod called a Wallis Wizard, made by the the Allcocks company. This was a three-piece rod measuring 11ft long. The top and middle section was split bamboo, the butt section whole cane. It was designed by Frederick William Knowles Wallis for float fishing on the river Avon for barbel. Although it was a powerful rod for that era, it was not really suitable for carp fishing.

Walker set about making a rod that was very much like the Wizard but was a foot shorter – this was taken off the tip end of the rod. It was much better suited for playing carp but was a very poor casting rod. Walker called it his Walker Wizard MK1.

Not satisfied with the rod, however, Walker contacted Alfred Courtney Williams, a director of S Allcock and Co Ltd fishing tackle makers in Redditch. He asked if it would be possible to make a rod for carp fishing. Mr Williams told Walker that the market for a carp rod was so small that it would not justify his company designing and making one. But Mr Williams sent Richard Walker some good quality bamboo, suggesting he make his own rod.

Over the years Walker was to build three more carp rods. The first was a 10ft two-piece made from split bamboo. The handle was made from beech dowel covered with cork and was 2ft long.

The next rod was again 10ft long. It was a straight taper rod, the tip and butt section being a different taper. The butt section had a steeper taper than the tip section, the handle was increased to 28 inches. This rod was made by the method known as double built. With the rod having dimensions of 5/8 inch across the flats of the hexagonal bamboo, Walker wanted to have plenty of the power fibres of the bamboo in the rod. The bamboo is planed on the inner side of two strips. These strips are glued together and then formed into the strip for making the rod section. With plenty of the dense power fibres of the bamboo making up the rod sections, it made a very powerful rod.

For his third attempt, Walker contacted his old Cambridge University tutor, Mr H W Phear for advice on single and double built rods as well as compound taper fishing rods. The result was a rod built in 1950 – again 10ft, made from single strips of bamboo, six triangular pieces glued together to form a hexagonal shape.

The rod had a compound taper. It was a steep taper at the tip, slower in the middle and steeper at the butt section. The handle was 30in long. Under the cork handle the last 18 inches of the rod were made up of 3/4 inch of whole cane.

This gave the rod immense power.

The rod was fitted with agate lined rings. It was called the MKIV carp rod.
At the time when Richard Walker was developing tackle for carp, there was a keen angler from Louth in Lincolnshire who was also very much interested in catching carp. His name was Maurice Ingham.

Ingham was fishing waters in Lincolnshire that contained carp but not satisfied with his results, he contacted Walker through an angling publication, The Fishing Gazette.

In his letter, Ingham asked Walker if he could let him have details of a rod suitable for carp fishing, so that he might build his own rod. Walker replied, giving him details of his MKIII rod (the MKIV had not yet been developed).

Ingham continued to write to Walker about carp fishing and the letters were later published as a book, Drop Me a Line.

Maurice Ingham played a huge part in the design of fishing tackle for carp, helping in the design of the now famous MKIV. He also designed the very first electric bite alarm for fishing at night. It consisted of a torch taped on the rod handle above the reel. Ingham at the time used a centre pin reel. Contacts from the torch touched the reel and as it turned the light flashed towards the angler indicating that a carp had moved off with the bait.

Ingham and Walker, along with some other keen anglers, were to go on to form a club dedicated to catching carp: The Carp Catchers Club.

The pair used to fish a lake in Lincolnshire that contained carp. My father used to fish the same lake in the ’50s and on one occasion Walker and Ingham were fishing there alongside him. I listened in awe as my father told me about the night’s fishing. How was I to know then that in later years I was to become very good friends with Maurice and also become a member of said lake – and still am today.

Maurice helped develop a lot of the carp fishing gear and methods in use today. I wonder what carp fishing would be today if it was not for Richard Walker and our Lincolnshire carp fisherman, Maurice Ingham.

In a later article I would like to write more about Maurice’s fishing and other Lincolnshire anglers who changed the face of angling.