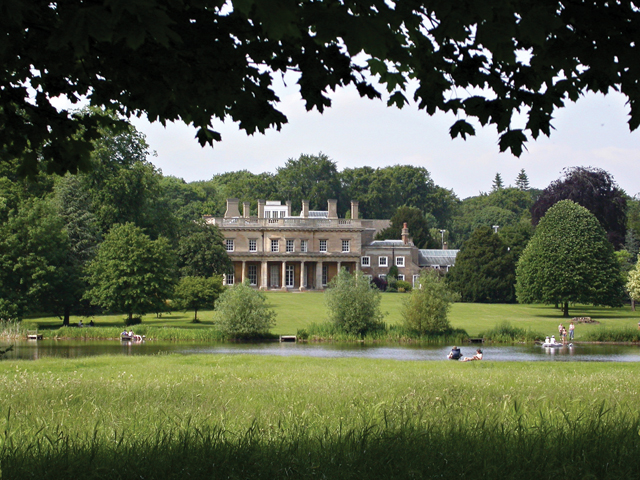 Experts from the University of Lincoln are inviting people with a passion for history, science and the great outdoors to join them on a real archaeological survey and excavation of a site near a historic Roman road.

Locations of potential interest have been identified in the grounds of the University’s Riseholme Park campus on the northern outskirts of Lincoln. The campus lies close to the route of Ermine Street, the ancient road which connected London, Lincoln and York during the Roman occupation of Britain and which is mirrored in the modern A15 between Lincoln and the Humber.

Areas adjacent to Ermine Street are believed to have a history of human settlement stretching back beyond the Bronze Age. In the mid-twentieth century, evidence was uncovered of Neolithic tools, a Roman villa and a deserted Medieval village on land now part of the Riseholme Park campus. This summer’s archaeological project will revisit the Roman villa site in the hope of revealing more about the area’s rich history.

“This is the very beginning of the first exploratory excavation to see what is actually there,” says Gillian Fowler, a forensic anthropologist who will lead the excavation. “We will be digging trenches, laying them out systematically, and will have a full day of geophysical surveying with one of the country’s foremost experts.”

The excavation forms the main component of a five-day short course run by the University of Lincoln. The course, called ‘Unlocking the secrets of the past’, will introduce participants to the practical aspects of working on an archaeological dig, from surveying and excavation, through to processing and categorising finds. It also features an introduction to human osteology – the study of human skeletal remains.

It runs from Monday, 13th June until Friday, 17th June. Most activities will be based at the Riseholme Park campus with one day spent in the science laboratories at the main Brayford Pool campus in the city centre.

“The course is designed for people with no background in archaeology and will take them through the basics of how to identify and excavate a site,” says Gillian, a lecturer in the University’s School of Natural and Applied Sciences. “It will teach the basic practical skills and techniques that archaeologists need on an excavation. We will also spend a day in the lab working on human skeletal remains from our collection. Each person will be given a human skeleton and we will explore what information we can extract from them, such as age, sex, stature and ancestry.”

* The short course fee is £250, not including lunch or accommodation. Participants do not need prior experience or qualifications in archaeology to enrol. For more information, contact Mrs Pat Porter on 01522 837494, email: pporter@lincoln.ac.uk or visit: www.lincoln.ac.uk/fabs

FROM MASS GRAVES IN GUATEMALA TO LOCAL HISTORY IN LINCOLNSHIRE
Forensic anthropologist Gillian Fowler has worked in some of the most dark and dangerous places in the world.

She spent six years in Guatemala, seeking justice for the victims of human rights abuses perpetrated in the brutal, thirty-six-year civil war. Thousands of innocent people, including many women and children, were caught up in the conflict between the military government and guerrilla fighters.

Gillian began her work there as a volunteer but rose to become laboratory co-ordinator for the Guatemalan Forensic Anthropology Foundation (FAFG). The FAFG was regularly called upon to exhume newly-discovered mass graves for the Guatemalan prosecutor’s office. It also worked on modern criminal cases and identification of victims of natural disasters.

The laboratory was never short of cases, handling more than fifty a month. Although the civil war ended officially in 1996, Guatemala is currently plagued by a new violence in the form of organised crime run by drug cartels and has one of the highest murder rates in the world.

Gillian left Guatemala to join the University of Lincoln’s School of Natural and Applied Sciences as a lecturer in July 2010.

She still works as a consultant for international human rights organisations. Last summer she spent six weeks in Afghanistan on a project to teach Afghan nationals the techniques needed to find and exhume mass graves, identify victims and preserve evidence for prosecutions. She is due to return to Afghanistan to continue this project with Physicians for Human Rights.

THE MYSTERY OF THE WITHAM SKULL
Among the macabre collection of skeletal remains held in the laboratories at the University of Lincoln’s School of Natural and Applied Sciences is the mysterious ‘Witham Skull’.

The skull was pulled out of the River Witham during an unrelated police investigation in 2002. It had been submerged for many years but was remarkably well-preserved, retaining hair, skin cells and even a blood stain.

Even to the naked eye, the skull appeared to have a violent story to tell. There was a gaping hole on the top of the skull, consistent with a wound inflicted by a sharp bladed weapon.

Further analysis showed several teeth were missing with roots intact, a sign they had been violently knocked out.

Scientists used carbon dating techniques to date the skull at almost 1,900 years old. This placed it in the era of the Roman occupation between the first and fifth centuries AD.

The shape of the brow and condition of the teeth showed it belonged to a male who was aged between eighteen and twenty-five when he died. It also indicated he was of non-Caucasian origin.

His identity and the circumstances of his seemingly violent death remain unknown.