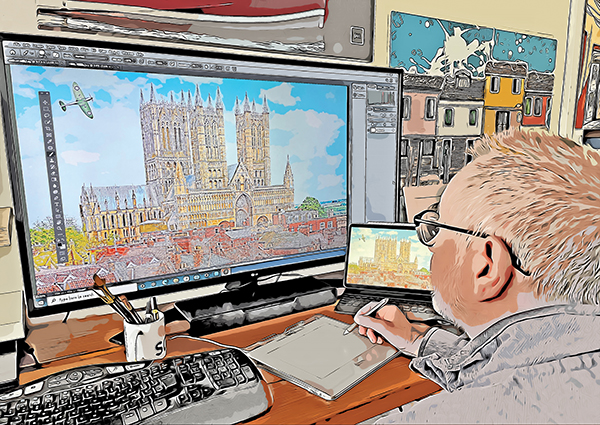 Barbara Young meets digital artist James Arden, the creator of JAKART, who is on a mission to bring to life examples of local architecture through his creative skills.

With meticulous attention to detail combined with a creative imagination and a keen interest in historical architecture, James Arden has made a name for himself producing a repertoire of remarkable images featuring local buildings, shops, businesses and homes which reflect their individual and unique personalities.

Having previously owned and run his own advertising agency in Grimsby, as a seasoned professional photographer, illustrator and web designer with more than 50 years’ experience in commercial creativity, James has always had a passion for art and architecture, with a special interest in graphics and digital art.

“Over the years people have perceived digital art as ‘pretending’ to produce a watercolour or oil painting by using a computer,” explains James, who lives with his wife Kathy and their Patterdale Terrier puppy JAK in Kirkby on Bain, between Horncastle and Woodhall Spa.

“I believe a watercolour or oil painting should be hand drawn traditional fine art, whereas digital art is a ‘separate’ independent art in its own right.”

JAKART, which James describes as a mode which combines the experience and knowledge of five independent art forms rolled into one, was born during the Covid lockdowns as “a vehicle to showcase my illustrations”.

James, who was born in “a bedroom above my parents’ grocer’s shop in Garden Street, Grimsby”, studied at both Grimsby and Chesterfield Art College in the 1960s, and says he has always had a special fascination for historical architecture.

“I love all good architecture. I have lived in many Victorian terraces, a Methodist chapel, 16th-century ‘mud and stud’ cottage, 1970s bungalow – they all have their attributes.

“Generally, the older the building, the more character and soul it has. I started illustrating the buildings in Horncastle and Woodhall Spa purely for my own pleasure and enjoyment, but soon found people liked my work and often commented that they knew the buildings, but hadn’t noticed the detail before.

“Look up is my motto. I have noticed that people walk down the street and do their shopping, but do not ‘look up’ and appreciate buildings. There is a wealth of history, design and architecture in every town and city and I just want to capture it before it’s gone.”

Early days
James recalls that his creative flair was evident even in early childhood: “I was illustrating as long as I can remember as a child, but I did not know it was called illustration or graphic design.

“I think that being born and brought up in the terraced houses of Grimsby in a grocer’s shop surrounded by packaging and advertising signs sparked off my interest in graphics.

“My grandfather was a sign writer for British Railways, so living near a ‘level crossing’, I saw his work on passing trains every day.

“My father died when I was seven, but my strong mum carried on running the shop for over nine years, bringing up myself and my elder brother and sister on her own.

“She recognised my passion for art and together with Mr Cresswell, my art teacher at Havelock School, encouraged me to go to the Grimsby Art College on weekends at the age of 14.”
When James’s mother sold the grocery shop and moved to Sheffield to work with her brother, James attended Norton Technical College.

“My music teacher there realised I had no talent for music, but encouraged me to enjoy music by introducing me to Sir John Barbirolli and the Hallé Orchestra, who rehearsed on Wednesdays at Sheffield City Hall, so instead of music lessons I took a bus into the city and watched the rehearsals every week. This at least gave me the skill of appreciating music and I will always be grateful to a teacher who goes the extra mile!”

Also during this time, James’s mother put him forward for Chesterfield Art College where he was awarded a scholarship before moving back to Grimsby in the early 1970s.

Working with celebrities
Having joined Graphic Press in Cleethorpes as a graphic designer and line cameraman after leaving school, James went on to discover the popular music scene at the time. His talent for photography brought him into contact with many high-profile names of the day, simply by being in the right place at the right time.

“I loved music and took photographs at the local pubs that featured live music. I met BBC Radio One DJ John Peel, who was hosting gigs at the Nunsthorpe Tavern in Grimsby on Friday nights. He liked my photography so we continued to have a good working relationship.

“I made my first £5 professional fee for a photograph of singer Shakin’ Stevens, which I sold to the Grimsby Evening Telegraph, and I also photographed Jimmy James and the Vagabonds, plus other ‘up and coming’ singers and groups who John was promoting.

“John Peel commissioned me to supply black-and-white prints of himself to decorate his home and I also sold my work to New Musical Express (NME).

“Looking back, it all felt very exciting and exhilarating. It was an era where an artist or group would be on Top of the Pops on a Thursday night and then playing live at a local pub in Grimsby/Cleethorpes at the weekend. I was mixing with the musicians and enjoying the thrills of the era just as they were.

“Being behind a camera gives you a feeling that you can achieve anything and the musicians I worked with just enhanced that. I was from the terraces of Grimsby and I suddenly realised I could be ‘on my way’!”

At around the same time, James became “resident photographer” at Cleethorpes Pier, where he worked with big names of stage and screen of the time, including singer Clodagh Rodgers, musician Lonnie Donegan, entertainer Rod Hull and Emu, actress Carol Lee Scott (TV series Grotbags), and singing sensations the Nolan Sisters, while at the Cleethorpes Winter Gardens he also worked with music legend Elton John and the controversial punk band the Sex Pistols.

“There are several artists who stand out in my memory including Clodagh Rodgers, who we held a party for at The Lifeboat Hotel, Cleethorpes and I played ball in reception with her son for most of the evening.

“Rod Hull was also an amazing person. Rod asked me to go onstage to photograph him but I declined and told my seven-year-old daughter to go instead. Of course, Emu did his usual classic tumble – I’m not sure if my daughter has ever forgiven me!

We had a ‘lock-in’ at the Fisherman’s Arms in Cleethorpes with the Nolan Sisters and I got to know Shane Richie, who was married to Coleen at the time. When skiffle singer Lonnie Donegan came to do a concert, he said he only wanted to sing his new songs, but I had to point out that the audience had paid and wanted to hear his old songs (for example, ‘Does Your Chewing Gum Lose Its Flavour’, etc).”

Having joined an advertising agency in Grimsby in 1976, James branched out on his own a few years later and launched his own agency, Image Studios, which specialised in advertising for the chilled and frozen food industry, including a specialist food kitchen and photography studio, plus packaging design for commercial clients such as Ross Foods and Young’s Seafood.

All in the detail
Back to the present and James says his passion for graphics has not waned. He works out of his home-based studio where a purpose-built computer with a large 46-inch monitor enables him to draw and edit detail to a fine degree.

“My ‘tools’ are a camera, iPad, digital tablet and pen, scanner and of course the traditional tools of Rotring Isograph technical drawing pens (bought more than 45 years ago and still working!), pencils and brushes.

“An illustration and research into what the building used to be can take many days or even weeks. There are several stages to follow, starting with a visit to the building where I take detailed reference photographs before researching the history and the usage of the building.

“The final touch of the illustration will be adding the signature ‘bicycle’ and ‘JAK’ our dog, which appear on all the JAKART illustrations.

“The reason for me always including the bike is just a private bit of fun. We have an old family photograph of me outside the family shop when I was a young boy. My brother and I have an ongoing debate about the ownership of the bike. I say it’s my red one and he says it’s his blue one – the original photograph is black and white!”

Although now semi-retired, James takes pride in each of his commissions and takes time to do as much historical research as he can.

“The client had already ascertained that it would have had a front door with terracotta pathway and also showed me some cobbles from the original outside road. I also photographed other houses in the street that showed clues to the positioning of windows and doors.

“On researching the street, I came across old photographs that indicated that the houses were company owned homes for the workers from the foundry and the gasworks, all with red doors and picket fences, while the windows were Georgian wooden bar and painted white.

“All this information was incorporated into my interpretation of what the house may have looked like, including a glimpse of the gasworks in the background. To complete the work, I put in my signature bicycle and of course, JAK, my dog, resulting with a very satisfied client!”

Looking ahead, I just want to keep on enjoying and improving my techniques – art is a continuous learning curve. Inspiration is all around, you just need to look…” 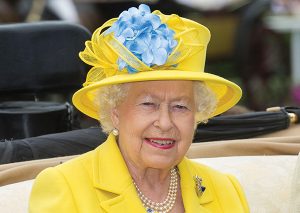 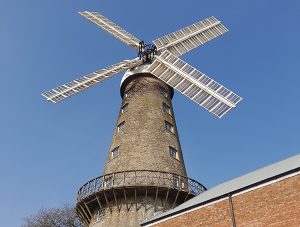 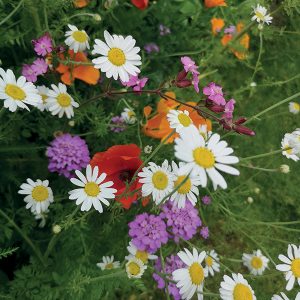 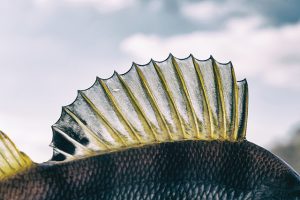