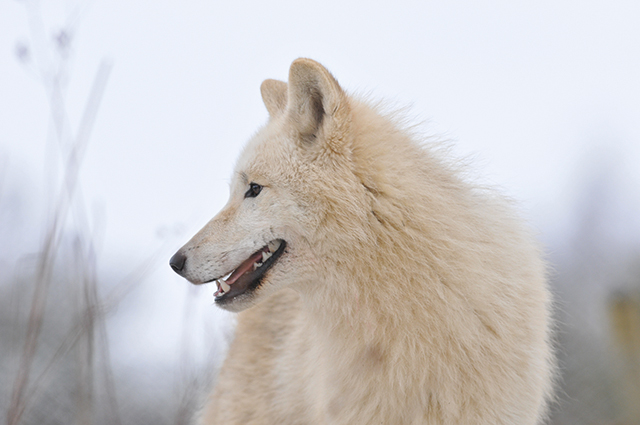 The Joseph Banks Conservatory, which was once an attraction at The Lawns, Lincoln has been given a transformative makeover tracing the voyages of the famous county naturalist with Captain Cook.
Woodside Wildlife Park was established as a falconry centre in 2001 by Neil and Anita Mumby; Neil turning his hobby into a ‘fledgling’ visitor attraction. By 2004 a tropical butterfly conservatory was added and in 2007 exotic species such as meerkats, otters and reptiles were drawing day visitors as well as school groups and parties. The aim has always been to give a family orientated, hands on, thoroughly enjoyable day out.

As a small animal park, Neil and Anita, have never lost sight of best practice and conservation in the experience and educational opportunities they offer visitors, as well as the importance of an excellent café and facilities.

“A major step for us was being accepted as a member of BIAZA (British and Irish Association of Zoos and Aquariums),” explained Neil. “Achieving this status in 2009 into the professional body representing the best zoos in the UK and Ireland gave the park and our staff not only recognition but also access to training exchange programmes and shared best practice.”

Neil and Anita have certainly welcomed some headline making animals to Woodside including a pack of four Hudson Bay white wolves in 2012, Siberian Lynx and two former circus performance tigers in 2014. Sadly, one of the tigers, Tango, died last September but Neil is pleased that he was given a retirement with dignity. “Tango was the last of the Esso advert tigers and at twenty one, Britain’s oldest tiger. He had two and a half years here in happy retirement. Julia, our remaining tiger, was also rescued from mistreatment in a European circus.”

With over 100 species and twenty-four staff now at Woodside, Neil and Anita have reinvested every year to steadily expand their business. The park continues to grow and diversify highlighted in its five year masterplan which highlights zoning to reflect desert, mountain, jungle, lake and grassland habitats enhancing their educational focus. The new attraction for 2017 is another project which has drawn plenty of local interest. The Joseph Banks Conservatory was destined for demolition on its site at The Lawns, Lincoln to make way for further car parking. The new owners of the site, Stokes of Lincoln and specifically director Nick Peel, came to an agreement with Neil that he could relocate the building and as many of the remaining plants to Woodside, albeit with a two week deadline for the dismantling.

“A couple of years ago I had raised the idea of running the conservatory as an attraction at The Lawn but in fact this project has now come together with perfect timing – Woodside has just been accepted as a member of EAZA (European Association of Zoos and Aquaria). While we are one of the smaller UK zoos to be accepted, membership puts us on a level with larger zoos such as ZSL (Zoological Society of London) and Chester Zoo. Amongst other responsibilities, EAZA run worldwide breeding programmes for critically endangered species. Woodside is committed to participating and running many of these programmes highlighted in their mission statement – Provide a first-class experience for all its visitors. Through visitor’s funds we undertake breeding programmes for endangered species and fund in situ projects in the wild. We will inspire and educate people a respect for animals, plants and the environment.

In August 2016, some 16,000 bolts, 1000 tonnes of soil and more than 300 tonnes of concrete were removed as the relocation began. Erecting the conservatory, with new glazing and boiler began in October.

“I really enjoy tackling these projects when they come along. The challenge for me wasn’t the physical logistics but making sure we had the concept correctly thought through, honouring the historical affiliation to Joseph Banks and the membership of EAZA will enable that to happen.”

The new Endeavour experience has truly transformed the conservatory. White, light and bright, part of the five stage journey is within an inner module of cabins and part is open in the full scale of the twenty-four by eighteen metre space. Neil has chosen five points on the globe at which the Endeavour dropped anchor and brought up to date the conservation challenges which native flora, fauna or sea life now face in the 21st century compared to the 19th century.

In Indonesia, the conflict between humans and animals is illustrated by the plight of Siamese Crocodiles of which less than 500 remain in the wild. Woodside now have a pair of the rare reptiles which they hope will breed next year. Their purpose built pool is in the centre of the conservatory, with viewing windows at ground level and a rope bridge planned for across the enclosure.

An invasive species of plant arundo donax or Spanish Reed is threatening the fragile ecosystem of native fauna in New Zealand while in Taihiti plastics in the ocean are poisoning creatures and plant life. The Tahiti room houses two tropical aquariums which show the vibrancy of life and colours in a healthy coral reef while the second shows the barren state of a bleached reef.

The final theme is the destruction of the rainforests in Brazil and the loss of habitat for South America’s unique species. Woodside will introduce a breeding colony of Golden-headed Lion and Emperor Tamarins into the exhibit over the next few months as part of a worldwide breeding programme.

Woodside Wildlife Park welcomes as many as 100,000 visitors each year of which 9000 are children on school educational trips. Neil and Anita are working through a five year plan to scale the collections further. Red Pandas and Griffon Vultures will soon become county residents and 2018 may see extremely rare and beautiful Snow Leopards at the park, all part of European endangered species breeding programmes.

Meanwhile, Neil is very much the public facing owner, welcoming visitors seeking a memorable and enjoyable day out while Anita takes control of catering, HR and accounting.

“I suppose I thrive on the more stressful aspects of the projects,” said Neil, “and to see Endeavour ready to welcome the summer season of visitors is exceptionally exciting. The conservatory is again telling the story of one of the county’s most famous sons in the context of the 21st century.”