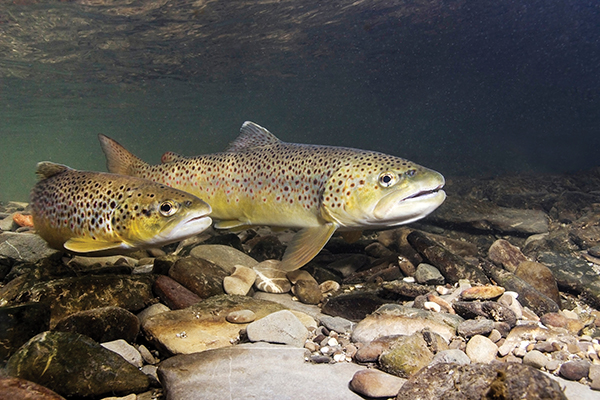 Barry Grantham recalls his introduction to the world of angling and looks at the opportunities available to youngsters in the county today.

I first started fishing when I was very young, four years old. I used to ride in a seat on the back of my father’s bicycle. He was a keen carp angler and while he was waiting for one of the wild carp that dwelled in the estate lake, he would tie a length of fishing line to a garden cane, and attach a float and hook – the bait would be bread paste. I would catch rudd all day long.

I had a good angling apprenticeship. Dad would take me to various locations. I was not only taught how to fish but also how to respect the countryside.

When Lee, my eldest son, was born, he received a similar introduction. I used to take him to a local brick pit, and because of the deep water I would put a rope around his waist and tie him to the surrounding fence so he could only get to within three feet of the deep water. Like me, he would catch rudd all day.

Lee was lucky. A Lincoln Angling Association member and a good friend of mine, Henry Cooper, took him under his wing and he became a very proficient angler indeed. He went on to fish for Lincoln and District Angling Association juniors and won many matches and trophies.

Around this time, I was doing a lot of stillwater fly fishing. Lee used to come along with me and in no time at all he became a proficient fly angler, and went on a few years later to be selected for the England Youth Fly Fishing team.

My youngest son, Brent, had a similar apprenticeship, joining me on fishing trips to a lake in the Wolds, of which I was a member. Although not fishing, 40 years later he still takes a great interest in angling and the countryside.

Yes, two youngsters who received a valuable apprenticeship in angling.

For today’s youngsters who wish to take up angling as a hobby, there are clubs that have special facilities. Our own Lincoln and District Angling Association has a junior section which holds training sessions for youngsters in and around Lincoln. All the information can be found on their website.

Among the skills taught are choice of tackle, safety, casting and tackle setup. All these activities take place on grass but during the afternoon session the participant will be fishing in the lake – and will hopefully catch a trout. This makes for a perfect introduction to fishing.

At this year’s Lincolnshire Show, in the countryside area, I will be giving free fly casting demonstrations and tuition. I will also be holding a fun fly casting competition for youngsters who want to start fly fishing.

I arrange junior training days at a trout fishery not far from Wragby. All the tackle to be used during the session is provided free of charge, and you will be teams of four from schools based in Lincolnshire.

Entry for all teams will be free of charge. The winning school will receive a trophy to keep.

can come along and meet Drake, the fly fishing Labrador, who will be helping me with my demonstrations. Drake now has quite a following at country shows around the UK.

Lincoln and District Angling Association will also be on hand at the show to offer help and advice regarding their junior training days.

So come along and take your first step towards enjoying the art of angling.

In the next issue I will be catching trout in Lincolnshire waters.