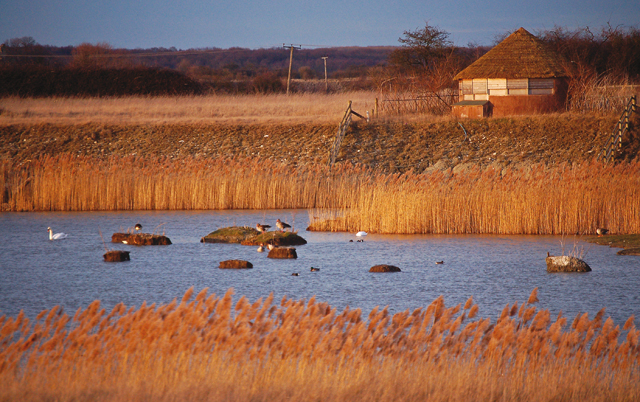 This is the latest in a short series of articles aimed at highlighting some of the beautiful areas around Lincoln that remain relatively unknown to the majority of people.
When you discover somewhere new and fall in love with it, the first thing you want to do is tell everyone. Then a little voice in the back of your head whispers “keep quiet”, because one of the things that attracts you to beautiful places is solitude, and too many people could spoil that. This is an age old quandary, one that I have no simple answer to. But if anyone is persuaded to visit any of the places I describe I would hope that they would treat them with respect. Always follow the Country Code, step lightly, leave nothing but footprints and take nothing but photographs.

Fiskerton Fen is the smallest area that I’ve described in these articles at only eighteen acres, and can be found on the south side of the Fiskerton to South Ferry road, approximately seven miles east of Lincoln at grid reference TF 084718. It is also the newest area in the series, although this might not be apparent at all when you visit. The nature reserve was only created with the help of European funding, following the completion of flood defence works undertaken by the Environment Agency on the River Witham less than ten years ago. Large amounts of clay were extracted as recently as 2002 to 2004 to reinforce the river banks, leaving a large open pit.

The restoration of the area was planned by the Lincolnshire Wildlife Trust and Wild Planet Associates, working with the Environment Agency and the Lincolnshire Waterways Partnership. The site has been developed to benefit wildlife associated with fen and reed beds. This wet fenland landscape with open water and reed bed is a habitat that declined by as much as ninety-nine per cent in the last 300 years as rivers were straightened and embanked, and the surrounding wetlands drained. Now the habitat, and its special wildlife, is making a comeback with restoration projects like this one at Fiskerton.

Motorists will find a small car park immediately off the road – take great care as you turn in. No need to search for a ticket machine, the parking is free. I don’t think I have ever seen more than two cars here, so you are almost guaranteed peace and quiet for your visit. There are also some moorings down on the river adjacent to the reserve, so this is a wonderful place for a short break on a boat trip along the Witham between Lincoln and Boston.

Adventurous cyclists could also make a detour to Fiskerton Fen from the national cycle route on the south bank of the river via Five Mile Bridge just over a mile back towards Lincoln. Five Mile Bridge itself is also worth a visit while you are in the area as it is the only crossing point over the river between Lincoln and Bardney, and therefore very useful for local walkers and cyclists.

The first thing you notice as you leave the car park through the gate is the distinctive bird hide just a few yards down the path to the right. Not the usual wooden built structure that you find in other nature reserves, this one is designed to look like a Bronze Age roundhouse. The walls are actually constructed from modern breezeblocks, but from a distance it looks the part!

It is hard to imagine now when you look at the intensely cultivated agricultural landscape of the Fens, but they were a hive of human activity during Neolithic and Mesolithic times, at least as far back as 8,500BC. The ‘original’ River Witham would have looked very different to the canalised one we see today, but it was a major trade route for the Bronze Age tribes that lived in the area. These wetlands were originally heavily forested too, but as the early hunter-gatherers moved in and settled down they started to clear the trees for their villages and to grow their crops. Thousands of ancient artefacts have been found here, from flint arrowheads and later metal tools, to dozens of wooden boats cut from single logs and numerous causeways built into the long gone watery landscape. There is a nice information board here detailing this ancient history, and many of the artefacts themselves can be seen at The Collection museum in Lincoln.

The hide looks out over the main lake of Fiskerton Fen, which was once the huge pit created by the clay extraction. When I first visited a few years ago the banks were still a bit bare, but the clumps of common reed that were planted in those early days are spreading quickly and covering the lake edges. The lake isn’t connected to the river but is maintained by rainwater, allowing specialist wetland animals and plants to survive here. It is hoped that most of the species will return naturally over time.

The reed characterises the wet fenland habitat and many animals are adapted to the conditions the reeds create. The reeds themselves may be common and widespread but the reed dependent animals are often scarce and include some of our rarest species, including the bittern and marsh harrier.

Greater water parsnip, once common in Lincolnshire but now almost extinct, has also been introduced. As I’ve mentioned before I am no expert birdwatcher, but I’ve spotted herons, egrets and cormorants, as well as the obvious ducks, gulls and geese. I’d encourage serious birdwatchers to consult specialist websites for the latest sightings at the Fen before they visit.

The views from the hide over the lake are delightful, and the ever changing light and wind patterns on the water give wonderful opportunities for the photographer as well as bird spotters. There are no large trees on the reserve, so in poor weather the hide is also the only shelter apart from the car, if you came in one. I’ve enjoyed many a pork pie and cup of tea in there on bitter winter days when the lazy east wind was blowing. In these parts we call it ‘lazy’ because it can’t be bothered to go around you, so cuts straight through you instead!

No matter how wild the weather is you will want to get out and explore the reserve at some point. Head back towards the car park, then take the right hand path that curves around a small rise and gives nice views down the length of an area of linear marsh.

The path then drops down to the right and runs in a straight line between the marshy area and a stream on the left all the way to the river. The reeds in the marsh here rise well above head height, so who knows what might be causing those rustling noises that you can hear?

Eventually you reach a small footbridge, cross it and walk up onto the riverbank for a very different perspective on the area. Lincoln Cathedral can be seen clearly on the hill away to the west, and if you time your visit right it gives a wonderful silhouette at sunset with the river shining brightly in the foreground. In the east the Lincolnshire Wolds rise almost imperceptibly above the flat lands of the Fens, and the Witham runs arrow straight towards Boston.

Looking back the way you came the round house bird hide sits down beautifully in the landscape, and looks like it has always been there. The main lake isn’t as dominant in the view from this side, and you can see that there is also a lot of rough grassland, with scattered thickets of hawthorn and blackthorn, on the nature reserve.

There are many wildflowers in this grassland, including field scabious, knapweed and St John’s wort. These provide nectar for a wide range of insects, and butterflies are particularly common here during the summer months. You will also see damselflies and dragonflies in large numbers, while the bushy scrub provides shelter and song posts for birds such as yellowhammer, corn bunting, linnet and tree sparrow.

Depending on the time you have available, you might want to explore along the riverbank while you are here, with Five Mile Bridge of interest to the west and Short Ferry within reach to the east. Otherwise take a slow stroll back to the hide or the car park. I generally prefer a circular route when I’m out walking, but it is amazing how different things can look when you are forced to retrace your steps like you do here.

As with all the areas I’ve described in this series I would recommend visiting Fiskerton Fen at different times of the year to experience all that it has to offer. Also, don’t be put off by bad weather, the hide does offer a relatively cosy place to sit and watch nature in the raw unfold in front of you, and bad weather is often more photogenic than a bright sunny day.

The light and the colours can change dramatically within minutes out in the fens, let alone over the seasons. This is big sky country at its best, but it often takes time to appreciate its subtle charms. Fiskerton Fen is a little gem and a wonderful new addition to Lincolnshire’s many nature reserves. It deserves to be better known, but please don’t tell everyone at once!