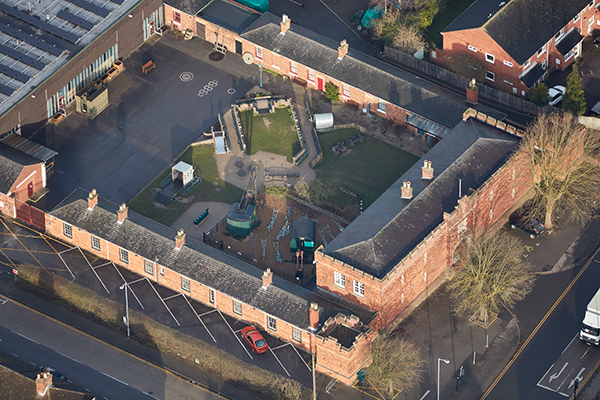 Friends of art and artefacts for half a century

A group dedicated to supporting Lincoln’s heritage collections has recently celebrated its 50th anniversary and, as Kate Chapman learns, it is keen to welcome new members to help continue its work.

The Friends of Lincoln Museums and Art Gallery (FLMAG) is run by volunteers to raise funds and provide support for The Collection Museum, The Usher Gallery and The Museum of Lincolnshire Life.

Since 1971, as well as contributing to the restoration, conservation, display and promotion of objects in these collections, the Friends have assisted in the purchase of more than 127 items for them too.

Their overall aim is to promote the use and enjoyment of these cultural venues, while highlighting their importance, says chairman Trevor Morris.

“The Friends come from a wide range of backgrounds with interests ranging from archaeology through natural, social and industrial history to fine art and artefacts,” explains Mr Morris.

“The museums and gallery contain an extensive range of subjects which allows us to explore our broad range of interests and the relationships between them.

“We simply try to entertain and educate ourselves through a varied programme of events, while charging ourselves in order to raise money to grant the museums or art gallery when they would like to make an acquisition.

“I think we’ve managed to keep going for so long as a group because people believe very much that art galleries and museums have an important part to play in the cultural life of Lincolnshire.”

The Friends – originally called The Friends of Lincoln Libraries, Museum and Gallery – initially supported the city libraries, The City and County Museum, in Greyfriars, and The Usher Gallery.

With the opening of The Museum of Lincolnshire Life and the departure of the libraries, the name changed to the FLMAG and remained so, after the Greyfriars Museum closed and The Collection Museum opened in 2005.

The Friends raise funds through their annual subscriptions and events programme and have a packed schedule planned for the year ahead. Highlights include talks by Jim Cheshire on church stained glass, and Dawn Heywood of The Usher on rediscovered items in the collections; visits to Flag Fen, Anglesey Abbey, Grimsthorpe and a four-day trip to Gloucestershire are also scheduled.

Currently numbering around 150 members, the Friends are always keen to welcome new people to their group and they would like to encourage more younger members to join.

“If anybody has an interest in art, history or industrial archaeology – anything that’s covered by our collections, then joining us would be a very pleasing way to follow up that interest,” added Mr Morris.

“People can come to as many or as few talks and trips as they wish – they can pick and choose which ones to attend, there’s no obligation to come to any, or all.

“And if you think about it, if you went to London for a day to visit museums and galleries, you probably wouldn’t get away with less than £100 for train fares and entrance fees, yet you could go to see some local collections – and granted, although the scope isn’t quite the same, you can still enjoy viewing some very interesting things, just for the cost of the car park.

“Friends membership is a great way to meet like-minded people, enjoy interesting talks and visits, have fun while fundraising – plus you get to look behind the scenes and enjoy private viewings sometimes too.”

The Collection covers 300,000 years of archaeological history, from the earliest inhabitants of Lincolnshire to the 18th century. Highlights include prehistoric finds from the River Witham, treasures from Anglo-Saxon burials and finds from Lincoln’s rich Roman, Viking and Medieval heritage.

While in the Museum of Lincolnshire Life a rich social history collection reflecting the culture of Lincolnshire and its people from 1750 to the present day can be found. The collection of agricultural and industrial machinery, including a WWI tank, displays the contribution that Lincolnshire’s engineering industries made to the county’s prosperity.

mong the items purchased by the Friends are the Cooke Plough, on display at The Museum of Lincolnshire Life. It is highlighted as being significant on many levels in the special brochure produced by the Friends to mark their 50th anniversary, due to it being representative of the lives of thousands of Lincolnshire folk up to the mid-20th century. It was also manufactured in Lincoln, highlighting the importance of agricultural engineering locally and nationally. Another purchase is a contemporary vase – Sunset from a Motorway Flyover by Grayson Perry, bought in 2007 – considered important, as it shows the necessary changes that are required in a developing collection.

Other items bought by the friends include A View of Lincoln from the South at Little Bargate, by Peter De Wint, painted c1824 (bought for The Usher in 1995) and Self Portrait, 1921, by William Logsdail, bought in 1976.

Purchases for The Collection include an Iron Age boar figurine, from Great Sturton; a Viking gold pendant, found near to Spilsby, and Roman TOT finger rings from Fillingham and Low Toynton.

The Friends have also been asked to fully fund the purchase of the Leasingham horse brooch for The Collection.

This rare Roman brooch, dating back to the dawn of the Roman conquest, was found in a field near Sleaford by metal detectorist Jason Price and has been hailed an exciting discovery.

“It would have been a spectacular sight on someone’s robe. This type of Roman horse brooch is incredibly rare in Britain – and is the second only to have been found in the UK. The only other one is in the British Museum and is decorated differently – with spots of enamel only.

“The Leasingham horse, however, is in a league of its own with its pin situated below the legs and the realistic depiction of a saddle.”

Mr Price has generously accepted the assessors’ price of £5,000 and forgone the option to go to auction where the estimate is higher.

“The Friends’ social activities have generated the money with which we have supported the heritage collections – our fun has enabled us to fund these important objects for the museums and gallery,” adds Mr Morris.

“It is our hope that the Friends will continue to enjoy the comradeship of shared interests and continue to provide support to sustain Lincoln’s heritage collections for the next 50 years!”

To find out more about becoming a member of the Friends, click on the membership tab on the website at www.lincolnmuseumfriends.co.uk

A single annual Friends membership costs £14, and £20 for a couple/household.

Copies of the brochure can be found at The Collection, apply to info@lincolnmuseumfriends.co.uk or enquire via the website.